Mining City Clarifies Its Stand With The Philippines SEC

Back in September, reports had emerged that Mining City is a scam. At the time, E-cryptonews published a story. This story said that the cloud mining company had caught the attention of the Philippines SEC. The authority body had discovered convincing evidence that identified the firm as a Ponzi scheme. But days later, the company sought to clarify the situation and shed some light on what transpired.

Up to today, the cloud mining firm continues to get inquiries related to its registration status with the SEC in the Philippines. It seeks to set the record straight about conflicting information that is coming from third parties that do not have factual knowledge of the matter.

The firm was disappointed and surprised that the Philippines Securities and Exchange Commission (SEC) placed them on the official warning list without investigating the matter extensively. The listing happened due to misinformation posted by people in the Philippines.

But, Mining City has now come out to clarify the matter from their point of view. The company applied for official registration with the SEC.

Status Of the Registration

Mining City has shared the actual status of the registration process to eliminate any fears among investors. They stated that:

The cloud mining company says that it had already received confirmation that its registration application was internally accepted for final review and decision before it is approved. Mining City did a video call on October 27, 2020, with a representative manager of the SEC office operating in the Philippines. Based on their estimation, the process will be finished within a week from the day of the video call, subject to no other delays. 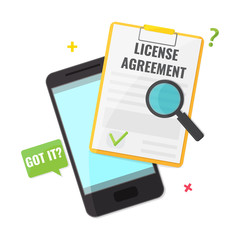 After a thorough review, the SEC will announce the result to the public. Please note that under the Philippines jurisdiction, the sale of hash power and rentals of computer facilities only requires no secondary license. But, a secondary license is needed whenever the current method and approach by which Mining City markets and promotes their particular product is utilized in the marketing strategy.

Acquiring a secondary license with the SEC is quite a complex process that needs mountains of work. Nevertheless, that process is highly important to the cloud mining firm. All this effort to obtain the necessary licenses is a part of a bigger plan that the company plans to release after they are ready and all the formalities are done.

Mining City is aware of the presence of third parties that are wrongfully presenting false information to the public. Moreover, they are potentially contributing, whether unintentionally or intentionally, to limiting the success of the company receiving its license which is also damaging their brand.

However, the company promises to remain honest and transparent about its business operations along with its ongoing efforts to adhere to full compliance needs and guaranteeing the safety and security of its users. Mining City concluded by apologizing for delayed responses but promised to offer concrete facts and updates to all interested individuals and entities.

By going through this complex licensing process, the company will ensure that it gets rid of all the bad publicity from the past. It has continued to condemn all the criminals who are out to defame its transparent and trustable brand.

What are the Uses of Blockchain in Sports Betting?

Nhash-Making Cloud Mining Accessible for the Masses in 2021