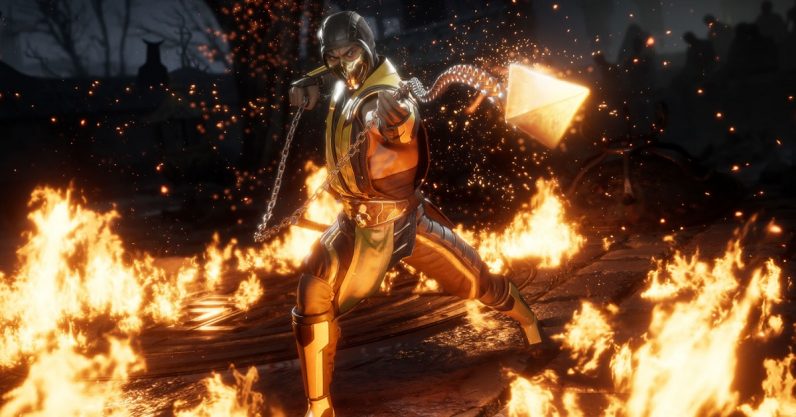 Rumor has it that Microsoft is one of the parties interested in acquiring WB Games, the game publishing arm of WarnerMedia. If true, it could mean that several very valuable commodities could land squarely in Microsoft‘s lap — and I have to admit, it’s the most promising out of all the potential buyers.

Exclusive: Microsoft has expressed interest in acquiring the games division of Warner Bros., the publisher behind popular game franchises based on Batman, Harry Potter and other characters.https://t.co/feERbOnW4o

We first heard reports about the sale of Warner Bros gaming division last month. According to a report from CNBC, AT&T, which acquired WarnerMedia in 2018, is looking to sell off assets to service its $200 billion debts. The division could supposedly be worth up to $4 billion. Just about every major gaming conglomerate that could conceivably afford to buy WB Games has been rumored to be “interested,” including Electronic Arts, Take-Two, and Activision Blizzard. Now, according to The Information, you can add Microsoft to that list.

There’s no way to know for sure who, if anyone, will actually end up forking over the dough for WB Interactive. But out of all the potential buyers, Microsoft is by far the most interesting.

In case you haven’t heard, Microsoft is preparing to enter a new console generation. In the last few years, it’s been buying up game studios left, right, and center in an attempt to augment its first-party line-up — the list of studios its purchased include Ninja Theory, Double Fine, and Obsidian. I have no difficulty believing that it would immediately put the new game developers to work developing stuff for the Xbox Series X.

Just to make sure you’re aware of what it’d be buying, WB Games wholly owns NetherRealm Studios (Mortal Kombat), Rocksteady (the Arkham series), Monolith (the Middle-Earth series), and TT Games (the LEGO games). These are the companies behind some of the most-loved and played games in the history of the medium, and they could potentially end up in the hands of a single console manufacturer.

To be clear, the company that buys WB Games wouldn’t necessarily buy the licenses that come with it — namely, the DC and Harry Potter licenses that have brought us the likes of the great LEGO games or the Arkham series. That would probably have to be renegotiated with whomever buys the studio, which doesn’t seem that unlikely. But the in-house series? I have a feeling they’re fair game. And since one of the studios up for grabs, so to speak, is NetherRealm Studios, that means Mortal Kombat is among the properties that could be under the auspices of the new owner.

If Microsoft did acquire Mortal Kombat or the LEGO games, I wonder — would it share them with the other consoles? Most of WB Games library has, up to now, been pretty platform-agnostic, and I assume they’d remain so if any of the other reportedly interested buyers acquired them. But Microsoft has a console to sell, and it’s historically on the back foot in console sales compared with Sony and Nintendo. So I do wonder what would happen if it’s the company that purchases these studios.

Regardless, we’ll have to wait until the ink is dry on the agreement before we find out who, if anyone, will be the new stewards of Warner Bros gaming properties.

30 minutes of Assassin's Creed: Valhalla gameplay has been leaked

What's on TV this week: 'The Old Guard' and 'Trolls World Tour'

'Black Ops: Cold War' is the next Call of Duty game.

Nintendo is bringing the Switch to Brazil at last