In a nutshell: Lockdown restrictions might finally be easing, but being trapped indoors for weeks on end has affected many Americans’ mental health. The extent of the issue is reflected in the app charts, which have seen a huge increase in mental wellbeing app downloads.

As reported by CNBC, nearly half of US citizens said the pandemic was harming their mental wellbeing back in April. With shelter-in-place rules prohibiting in-person therapy sessions, many turned to their smartphones for help, rather than opt for a virtual session with a therapist.

Mobile app analytics company Sensor Tower reports that first-time downloads of the top 20 mental wellness apps in the US reached 4 million in April, an increase of 29 percent from the 3.1. million in January. Looking at the same period last year, first-time download numbers for these apps fell 30 percent.

In most years, “these apps experience a strong January due to New Year’s resolutions but decrease in subsequent months,” Sensor Tower co-founder Alex Malafeev told CNBC. “This wasn’t the case in 2020 due to Covid-19.” 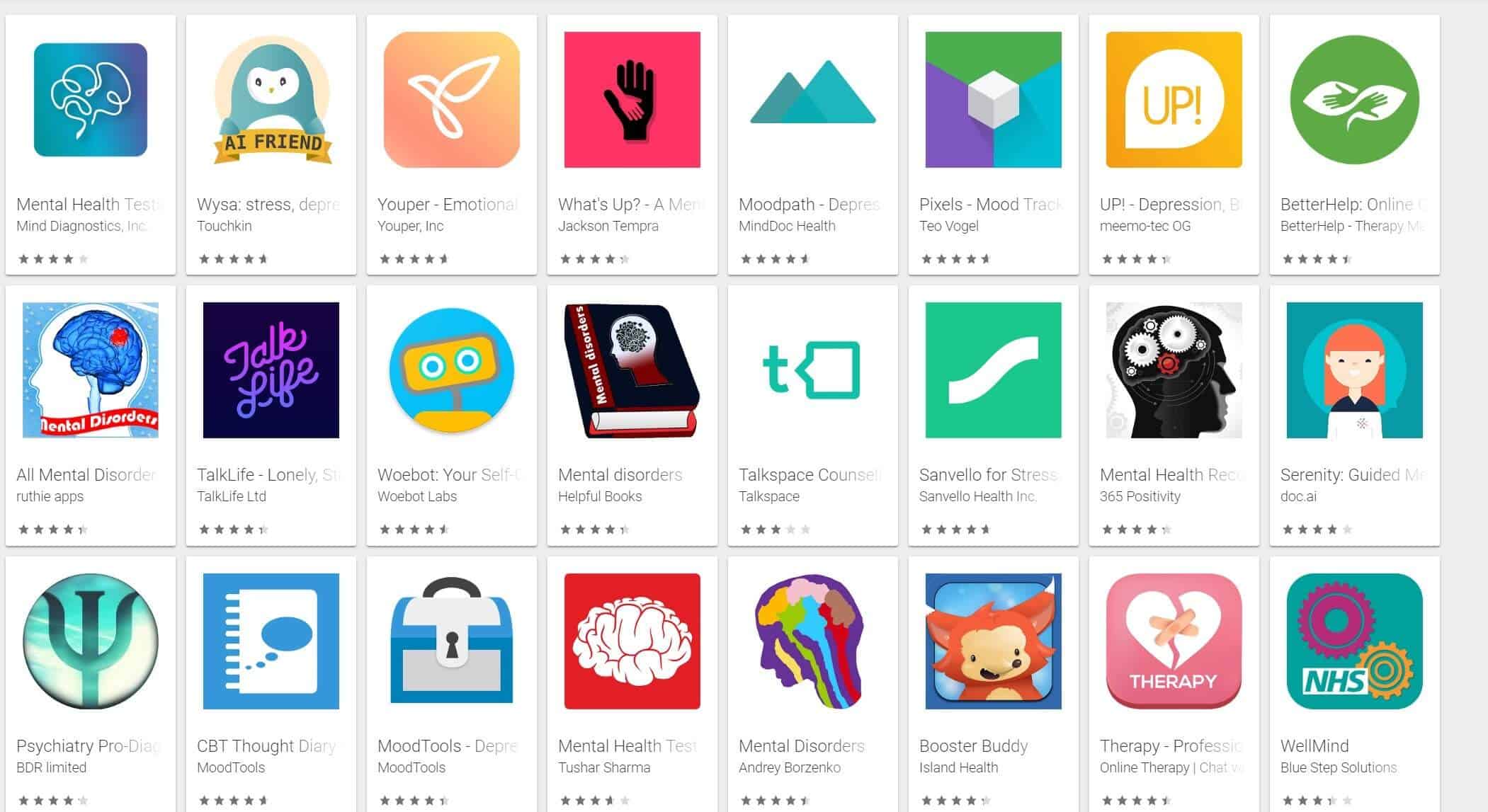 It’s not just the US where mental wellness apps have seen a boost in popularity since the start of the pandemic. In the UK, the apps have been downloaded more than 1 million times since lockdown measures were implemented. The 15 most popular apps saw downloads increase by a third, from 489,100 to 637,100 between February and March, reaching over 700,000 last month.

Part of the reason behind the apps’ rise is the easing of restrictions related to teletherapy, which include the FDA relaxing its vetting process for apps coming onto the stores. Unfortunately, this has led to an increase in apps that offer questionable treatment methods, contain incorrect information, or share users’ private information.

While the apps may help some people, it seems most can’t match a real therapy session. Dr. Stephen Schueller, whose Psyberguide website ranks therapy apps based on user experience, data privacy, and scientific backing, says only three percent of these apps out of the tens of thousands on the store are evidence-based.

“Finding an effective therapy app can be like finding a needle in a haystack,” he said.