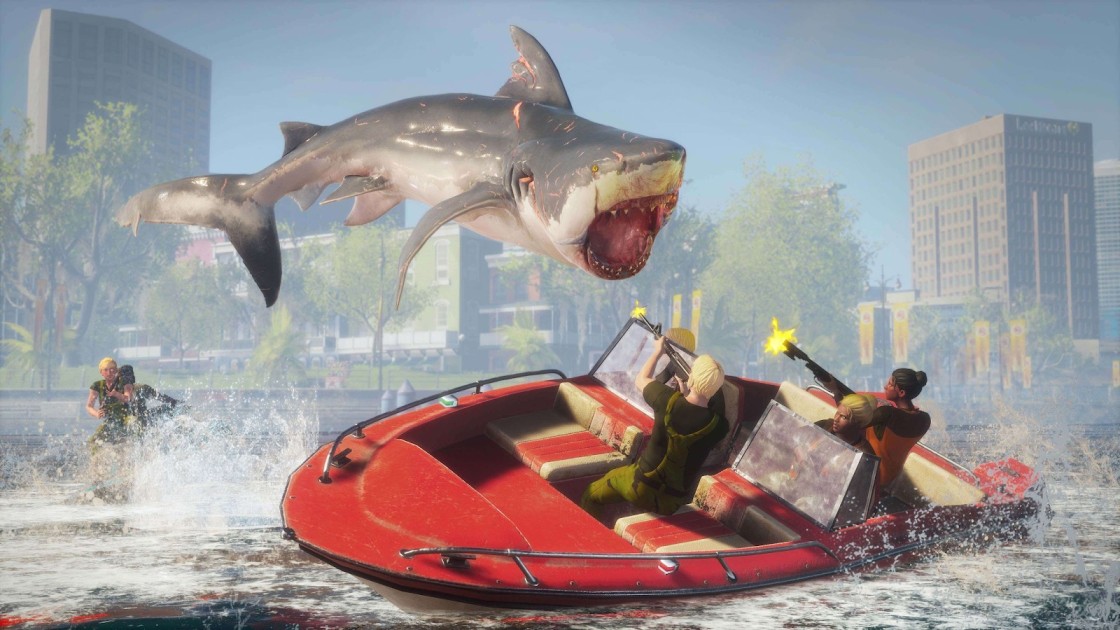 The various catfish, salmon, seals, mahi mahi, alligators, parrot fish, mako sharks, marlins, orcas and sea turtles (to name a few) that you can consume each offer a specific nutrient that you’ll need to progress and upgrade your abilities, those of which can be earned through collecting items, finding hidden areas or defeating the game’s 10 sub-boss shark hunters and their minions. You won’t be able to go up against every enemy or conquer every challenge from the start, which encourages players to return to previously explored areas to unlock additional secrets once they’ve grown into their teeth a bit more. Eventually you’ll be able to grip and thrash prey, stun adversaries with tail whips, unleash powerful special attacks and even belly flop across broad expanses of South Coast golf courses in search of bipedal snacks.

Now, this is not a particularly difficult game. There really aren’t any mind-bending puzzles to solve beyond what to eat first. Sure, there are plenty of insurmountable challenges and enemies you’ll want to not face for the first three-quarters of the game — from landlocked collectibles to level 45 sperm whales — but the solution is simple, direct and constant: go eat everything smaller than you until you level up enough to take on the big boys. You’ll eventually unlock three power types — Bone, Bioelectric and Shadow, which grant you increased defense, attack, and speed, respectively — though you can mix and match various heads, dorsal fins, bodies, and tails together to generate a shark even Jaws would wave off.