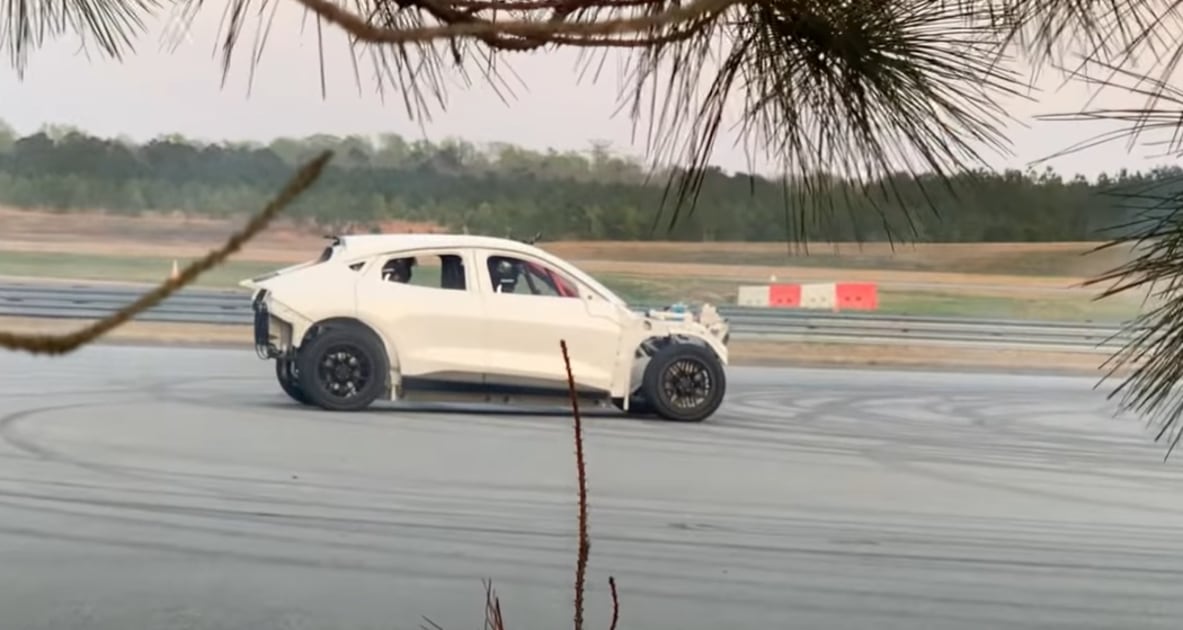 Ford’s all-electric Mustang Mach-E hasn’t rolled out yet, but someone is working on a special one-off, judging by a video posted to YouTube a few days ago. As noted by Autoblog and Jalopnik, this stripped down machine is obviously a Mach-E, but with body panels removed in the front and rear, seemingly to make room for extra cooling and suspension bits as well as a roll cage and extremely thick tires.

It needs those, because the video — posted by a user who only goes by “Carolina Guy” but seems to have impeccable timing and a suspiciously good ability to frame the action — shows the vehicle burning rubber on a skidpad with a few donuts. Road & Track pointed out that an F-150 appears briefly that looks like one customized by RTR Vehicles, and could indicate that this is a test vehicle for Vaughn Gittin Jr. Gittin is a likely choice to appear in a promotion, as he drives Mustang in the Formula D series, and helped introduce its 2010 revision to the world.

Amazon bans TikTok citing “security risks,” then says it was all a mistake

Sale of the Century: The Inside Story of Ethereum’s 2014 Premine