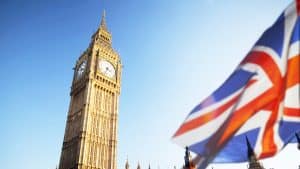 The UK government is seizing funds in dormant bank accounts worth approximately $185 million to fund its coronavirus relief efforts. So far, 30 banks have been voluntarily transferring money from dormant accounts to the government, including HSBC, Barclays, Clydesdale, Credit … read more.

In mid-May, news.Bitcoin.com reported on one of our mining pool videos being censored and banned from the video-sharing platform Youtube. The report had shown how Youtube has been censoring videos for a long time now, and the CEO specifically told … read more.

U.S. Immigration and Customs Enforcement’s (ICE) and Homeland Security Investigations (HSI), has put out a bounty for $5 million for the arrest and conviction of Venezuela’s superintendent of cryptocurrency. Joselit de la Trinidad Ramirez Camacho is now added to America’s … read more.

On May 28, 2020, the digital currency and blockchain company Uquid has announced that the Uquid Shop is now live and accepting cryptocurrencies like bitcoin cash for payments. The team at Uquid has dubbed the market the “world’s biggest digital … read more.

Bitmain on Monday released the Antminer T19, a cheaper bitcoin mining machine, in an effort to regain lost market share. The Beijing-based company said the Antminer T19 has computing power or hashrate of 84 terahash per second (TH/s) and power … read more.

Switzerland’s financial regulator, FINMA, has approved two Zurich-based banks to offer a range of cryptocurrency services, including trading and custody. Maerki Baumann Bank subsequently announced the launch of its trading platform for major cryptocurrencies while Incore Bank is offering a … read more.

Another $800,000 worth of bitcoin from the Bitfinex hack of four years ago has been moved to an unknown wallet. Whale Alert reports that hackers transferred 77.64 bitcoin (BTC) on Tuesday, which amounts to $797,000 at the time the alert … read more.

Long time trader John Bollinger has warned that bitcoin’s flash rally to over $10,400 on Monday was fake, adding that losses might be on the way. “This is a Head Fake at the upper Bollinger Band for $btcusd,” tweeted Bollinger, … read more.

The U.S. Congressional Budget Office has projected that the coronavirus crisis will cost the U.S. economy about $8 trillion. Many factors play a part in shrinking the economy, such as business closures, social distancing measures, consumer spending, a drop in … read more.

US Regulators Target Bitcoin ATMs: 88% of the Funds Exit the Country via Machines

Bitcoin’s trading volume has experienced exponential growth which could reach levels similar to major asset classes, according to a new report by Coin Metrics. The cryptocurrency’s daily volume could exceed that of all U.S. equities in less than four years … read more.

Japan’s finance minister Taro Aso says he is opposed to reducing tax on bitcoin income to 20%, on par with stock dividends, arguing that most Japanese households find it difficult to invest in digital assets. The development suggests that Japan … read more.

China-based bitcoin miners have started to migrate southbound from North China, according to local reports. The operators are having difficulties and are transitioning mining facilities for cheap hydro-powered electricity. Testimonials also show that 64 mining operations in the prefecture in … read more.

Just recently, cryptocurrency evangelist Roger Ver shared a video on Twitter that shows a number of vending machines in Hong Kong that accept bitcoin cash and ethereum, but not bitcoin. A bunch of people got upset at the Tweet, including … read more.

Bitcoin to Rise to $20K This Year Spurred by Government Money Printing and Covid-19: Bloomberg

Bloomberg has forecast bitcoin to reach its record high of $20,000, and possibly $28,000, this year. According to the company’s June Crypto Outlook report, “something has to really go wrong for bitcoin not to appreciate in value.” Bloomberg points to … read more.

Despite the economic crisis, cryptocurrency trading platforms in India are reporting record-breaking volumes and new users. “People in India are betting big on bitcoin,” Paxful’s CEO said. “The Indian market holds great potential and importance for the future of the … read more.

Cryptocurrency derivatives trading volumes climbed 32% in May to a new record high of $602 billion, according to data analytics company Cryptocompare. Total spot volumes grew at a slower pace, rising 5% to $1.27 trillion in May, the London-based firm … read more.

The Federal Reserve’s Chair, Jerome Powell has hinted at using an Ethereum-based interest reference rate in a transition from the London Interbank Offered Rate (Libor). Powell also detailed in a letter to Senator Tom Cotton (R-AR), that the Ethereum version … read more.

Bitcoin Trader has been heavily promoting itself as the best and safest automated cryptocurrency trading app that can help people earn $1,300 a day. Numerous fake reviews and scam checks on Bitcoin Trader are highly ranked by Google, making this … read more.

President Donald Trump has predicted that the US economy will recover by 2021, citing new jobs data released by the Labor Department which contains a “misclassification error.” Officials say the numbers are artificially low, and Federal Reserve Chairman Jerome Powell … read more.

Reports stemming from the financial columnist, Greg Thomson and the family of Pablo Escobar, claim the Escobar’s know the mysterious creator of Bitcoin. Allegedly, the notorious Escobar’s say that Satoshi Nakamoto was once known as a man named “Yasutaka Nakamoto.” … read more.

When Bitcoin Became a Legal Tender in El Salvador!