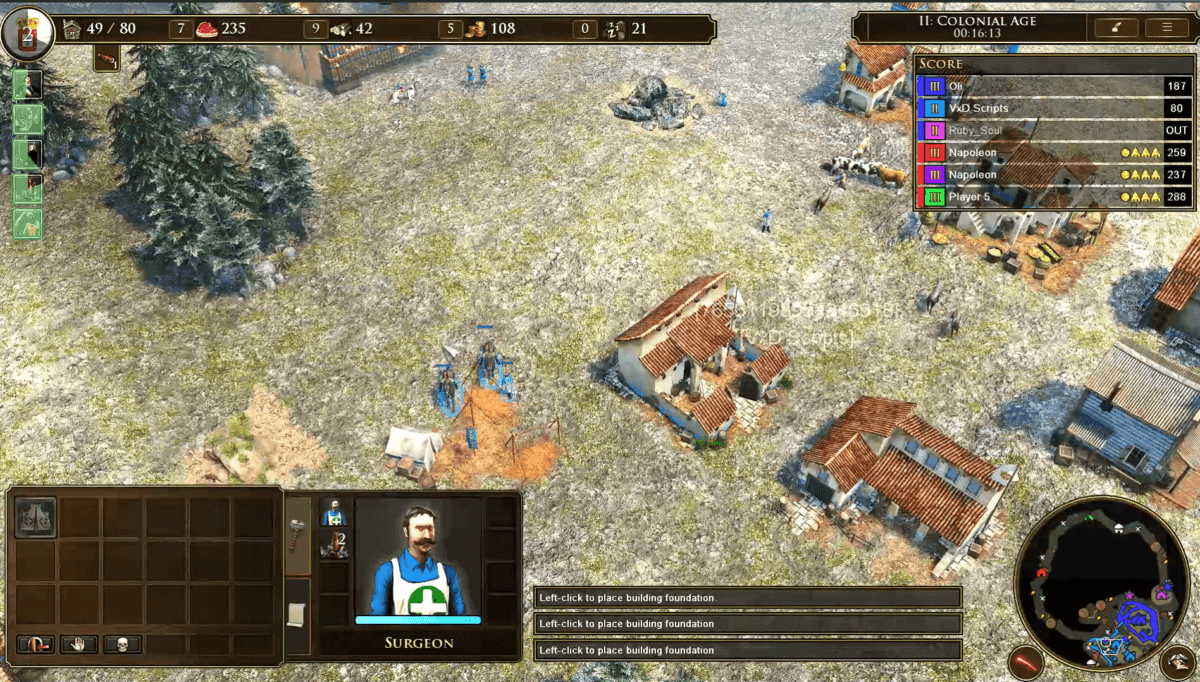 Only a select few members Age Insider Program are receiving keys. A strict non-disclosure agreement bars participants from streaming or sharing any details about the game.

One player appears to have thrown caution to the wind and breached the agreement by leaking game play footage.

A YouTube channel by the name of Valentino Decaroli has published a handful of videos purporting to show Age of Empires III: Definitive Edition in action.

One of the videos showcases the game’s revamped menu, including a new Age of Empires III: Definitive Edition logo and beta message warning of potential performance issues. Other videos offer full multiplayer games.

Among the more notable differences to the original are significant changes to the in-game UI. The Definitive rejig has moved the mini-map to the right. Resources have shifted to the top of the screen, much like in Age of Empires II. The changes also introduce a streamlined unit/building options menu, that has swapped positions with the mini-map.

While the footage isn’t of the best quality, Age of Empires III: Definitive Edition appears to introduce new unit models, cosmetic changes to buildings and revamped environmental elements, such as trees and terrain.

It’s hard to glean all that much from the leak other than these surface observations. The leaker appears to be using graphical settings on the lower end of the scale, which makes judging the promised 4K resolution graphical upgrades a near-impossible task.

We imagine Microsoft will be quick to track down the leaker and remove the videos, so sneak a peek at the Age of Empires III: Definitive Edition beta now before its too late.