SEOUL, Korea, Oct. 19, 2021– KStarLive, a Hallyu media startup with 9.3 million subscribers around the world for the global K-Pop fans, will launch kpop Idol NFT for the first time on FEATURED, an NFT platform powered by the Binance Smart Chain (BSC). 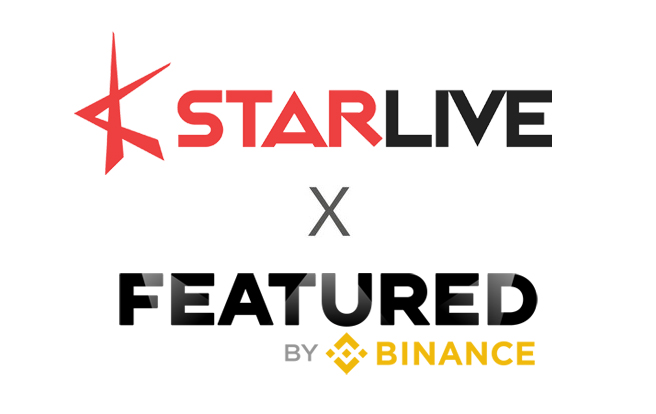 The first batch of K-POP NFT will highlight video clips of five idol teams performing on ‘THE SHOW’, which is a music TV series produced by SBSMedianet. THE SHOW has been broadcasted to 76 countries since January 2021, bringing K-pop idols and fans together. K-POP fans around the world can participate in the ranking vote for the idol teams they support and the rank at ‘THE SHOW’ becomes an indicator for K-POP artists to measure their global rank.

“We are excited to partner with SBSMediaNet on their first NFT project commemorating exclusive memories in THE SHOW FanBox NFT collection. This is also the first time we are introducing gamification into our NFT offering that brings an entirely new and exciting form of fan engagement for Hallyu fans and their KPop idols,” Teck Chia, CEO of FEATURED, said.

Recently, NFTs of celebrities are trending worldwide. Canadian singer ‘The Weeknd’ recorded 2.29 million dollars in an auction in April by attaching a unique identification code to digital music and artwork. The rock band Kings of Leon, DJ Steve Aoki, and the world famous rapper Eminem joined the NFT market and Doja Cat even launched her own NFT Marketplace.

The Hallyu including K-POP has been a huge boom and recently with Netflix’s chart-topping Squid Game, global attention that BTS is gaining, the attention to K-POP is not fading. K-POP is unique in that it is dominated by big fandoms and they have strong bonds with the artists they support. Compared with the traditional music industry where fans simply consume the artist’s content, fans can now own and capitalize the artist’s content issued into NFTs. As each NFT token has its own unique value, all contents sold as NFT have different values ​​and are limited editions that cannot be counterfeited. Fans can communicate and enhance their bond with the artist by purchasing the limited artist NFT edition. In addition, NFT can be applied to the metaverse platform, where entertainment companies are rushing into, hence the value of NFT is growing in the music and entertainment industry.

In the future, KStarLive plans to put more effort into spreading the Hallyu through NFT and are already developing several NFT business models based on our many years of K-POP global business experience. Nathan Yu, the Director of ‘KStarLive’, said “We’re extremely thrilled and feel very proud to launch our initial campaign introducing representative K-pop artists with the whole new revolutionary method that connects artists and global fans around the world. Our collaboration with FEATURED will strengthen K-pop’s stance in the Blockchain and create a new value, which has never existed before. We’ll continue to make our best contribution to the globalization of K-pop by incorporating various blockchain technologies.”

FEATURED is a non-custodial, on-chain NFT platform incubated by Binance X, the innovation arm of Binance. The platform runs on Binance Smart Chain and facilitates the full life cycle of NFTs for creators, brands, and their fans, including minting, marketing, distribution and secondary trading.