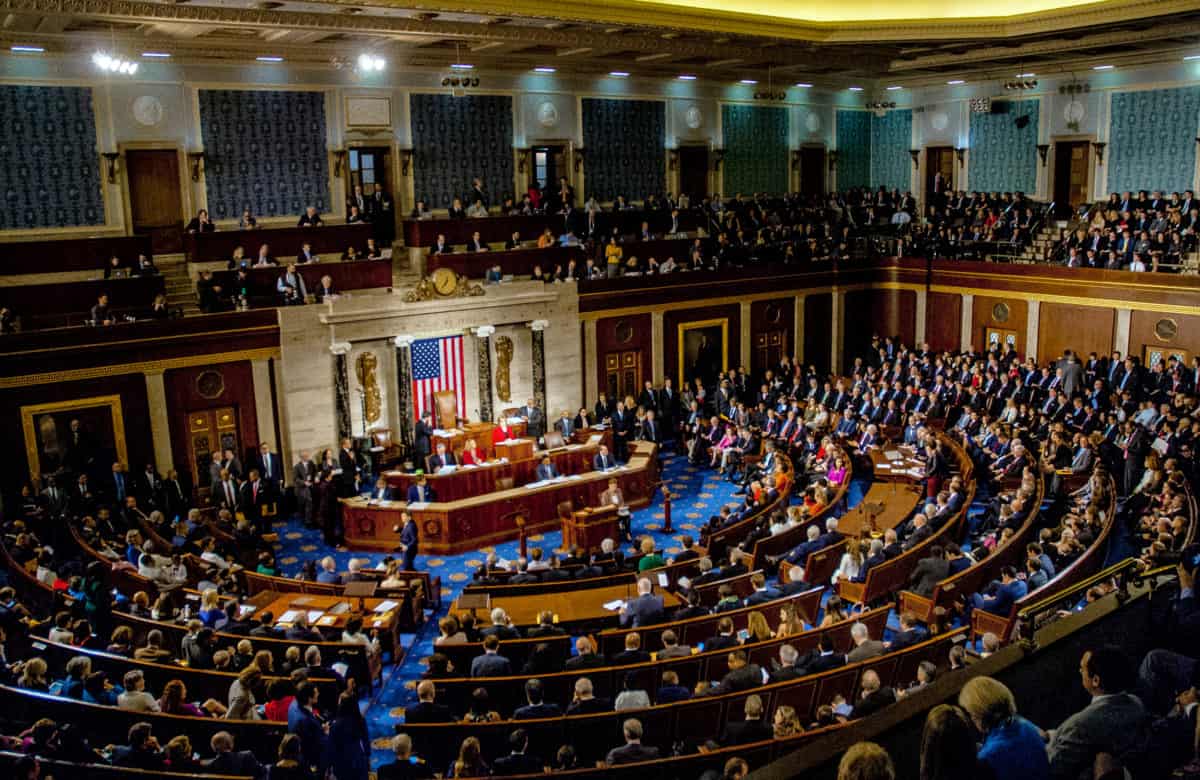 One of the biggest issues many people have with government is its complete lack of transparency and accountability, which in turn creates national populations with a high level of distrust in the ruling classes. With their immutable transaction ledgers, financial innovations, like Bitcoin and other crypto assets, could help restore some of this lost trust.Today, presidential hopeful and antivirus pioneer John McAfee laid down a challenge to members of US Congress. The controversial crypto asset proponent asked if any single member of the United States government would be willing to permanently record all their financial dealings on the blockchain.McAfee Suggests Crypto Assets Would Bring More Transparency to GovernmentHot on the heels of him renouncing his famous $1 million Bitcoin bet days ago, John McAfee has confirmed that he has not completely fallen out with all things crypto. As NewsBTC recently reported, the antivirus specialist took to Twitter earlier this month to state that the infamous bet with himself was nothing more than “a ruse to onboard new users”. He added that the digital asset was “ancient technology” and newer blockchains, with privacy features, smart contracts, and distributed applications, were the future.Interestingly, McAfee seems to have now decided that a censorship resistant, completely transparent ledger of transactions would be a fitting way for members of US Congress to conduct financial transactions. Despite McAfee calling it dated tech at the weekend, Bitcoin still represents the most secure, distributed, and immutable public ledger we have access to today.In the below tweet, addressed as a challenge to Congress, McAfee asks if any member of the US government would be willing to have every financial transaction they ever make permanently recorded via blockchain technology. This would allow the US public to see exactly how the apparent representatives of the people were spending their own and public money. Such a system would enable voters to see if the government was truly acting in the people’s, or in fact their own, interests.A CHALLENGE TO MEMBERS OF GONGRESSAre you willing to be tokenized on the Blockchain – meaning every penny that comes into or leaves any of your accounts must be digital, and every penny placed on the blockchain so the American people can forever see its movement?If not, why?— John McAfee (@officialmcafee) January 7, 2020 Although it is highly unlikely that any member of US government will deign a controversial individual like McAfee with a response, the point made by his challenge is a valid one. Public, blockchain-based crypto assets could indeed restore transparency to government, if universally adopted.Past incidents, like the leaking of the Panama Papers, show that financial corruption within government is rife. The examples exposed in 2011 were almost certainly just the tip of the iceberg too. Such shady, self serving deals likely occur every single day, in every nation of the world.If every dollar spent was tracked via blockchain, such dealings would surely be much harder to get away with. The public would be able to see just who profits from  various incidents, such as acts of military aggression, and even if legal, they would be able to decide if they wanted those engaging in such business to represent them. The governments of today are a very long way from this level of accountability but blockchain technology, for the first time in history, could indeed make such transparency possible. Related Reading: Has McAfee’s Bitcoin ‘Betrayal’ Prompted A New Alt-Season?Featured Image from Shutterstock.

How To Calculate Crypto Profit And Loss