On June 11, following his latest tirade on social media, John McAfee announced the launch of his new cryptocurrency trading platform called McAfee Magic. The project allows for manual and automated crypto trading across a variety of digital asset exchanges all displayed in one user interface. According to the website, the service is the second product besides his well-known antivirus software to bear the McAfee name.

Contents hide
1 Aims to Give Traders a Magical Experience
2 A Look at McAfee Magic Dashboard and the Freedom Coin Announcement
2.1 Share this story:
2.2 Tags in this story
2.3 Jamie Redman

Aims to Give Traders a Magical Experience

The cryptocurrency advocate and former antivirus software tycoon John McAfee has launched a digital currency trading platform. The project called McAfee Magic is really an access point that combines manual and bot trading across a slew of exchanges in one interface. The website explains that the ‘magic’ is being able to quickly make a trade while your preset automated bots make hundreds of trades for you on different trading platforms. McAfee Magic also gives traders the ability to execute shadow trades, a method that allows newcomers to copy or shadow the trading techniques of professionals. The website states:

The ‘magic’ is that novice traders are not required to fund ‘trader’ accounts. Novices retain control over access to their funds at exchanges. (‘Your keys’ your ‘crypto’) — that’s McAfee Magic.

The project is quite different to most trading platforms as the protocol itself provides access to eight exchanges and allows for bot trading with over 500 digital currencies. McAfee Magic is powered by an ERC20 token called Arbitrage (ARB) and the website’s FAQ says the site is operational in all jurisdictions. McAfee announced the service after a series of tweets revealing how he’s been fleeing from the U.S. government and a Bahamian police officer.

“Sorry to be late with my magnum opus trading platform,” McAfee remarked on Monday. “But I did not anticipate having to mud wrestle the Bahamian Police Commissioner along with dodging assassins this week — But better late than never — Here it is.” In addition to the announcement, McAfee said that “next week” crypto debit cards are coming.

A Look at McAfee Magic Dashboard and the Freedom Coin Announcement

After McAfee announced the project, news.Bitcoin.com decided to register and take a look at what the platform has to offer. At first, it took a long time to sign up for McAfee Magic and it seemed the platform’s servers were bogged down after he first announced the project. Then, after registering, I still had several login issues and it took over half an hour to finally sign in to view the site. The website seemed to be down several times on Wednesday, June 12 as well. When I finally logged in, the site gave me access to the McAfee Magic dashboard, which allows you to access the trade portal, shadow portal, your wallet, and interface settings. You can add multiple exchanges to the dashboard view with platforms like Binance, Kraken, Poloniex, Huobi, and Bittrex.

Besides the initial hiccups, the interface is professional looking and offers a trading view and depth charts for each exchange. There are a lot of coins shown on the dashboard which include top 10 contenders like BTC, ETH, BCH, and ERC20 tokens. The service utilizes the ERC20 ARB, which is also called ‘Fuel,’ but you also need to purchase ARB to become a McAfee Magic member.

The new platform follows a few of the other projects under McAfee’s belt that he has initiated over the last few months. For instance, McAfee helped launch the Bitfi Wallet but he’s also launching a cryptocurrency called Freedom Coin. The coin is quite interesting as the website declares that McAfee’s Freedom Coin is “not, by any means, a technology breakthrough.”

“The value of the coin will always be zero in relation to any other currency yet its natural market value is free, completely, to grow,” explains the website.

It’s too early to say whether or not McAfee’s Magic exchange provides the tricks and the bot schemes that traders would want right now. Crypto enthusiasts on Twitter seemed to like the concept and congratulated McAfee in regard to the launch. Moreover, the community will be waiting to see the new debit card McAfee hinted about in his tweet as well. However, people also wonder how McAfee will be able to operate a new exchange, while also being on the run from tax collectors. In the meantime, McAfee explained on June 12 that the reason the site was down so much was because the platform was being attacked by hackers.

“The AWS servers used by McAfee Magic are still under a cloaked DOS attack. I would like to thank the hackers from the bottom of my heart for the free publicity,” McAfee remarked on Twitter. “Some idiot using the Tor Browser, as if that will save them — It is a true amateur hack,” he added. News.Bitcoin.com can confirm that McAfee Magic is still not loading properly this Wednesday at 4:30 p.m. EST.

Disclaimer: This editorial is intended for informational purposes only. Readers should do their own due diligence before taking any actions related to the mentioned company, trading platform or any of its affiliates or services. Bitcoin.com or the author is not responsible, directly or indirectly, for any damage or loss caused or alleged to be caused by or in connection with the use of or reliance on any content, goods or services mentioned in this article. 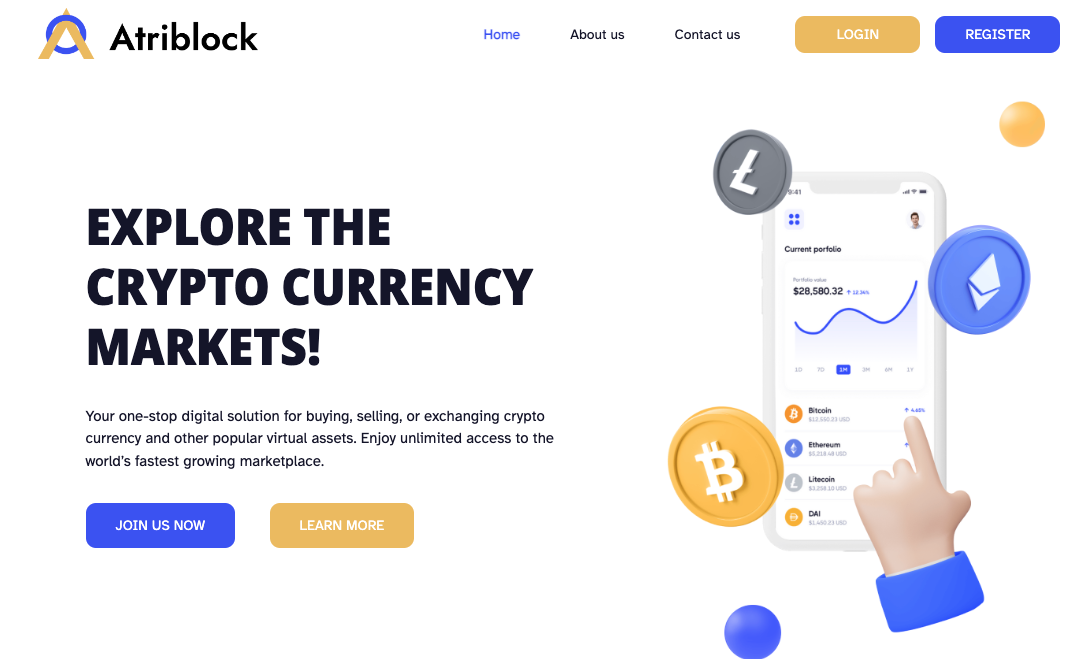 Is AtriBlock Trustworthy of Fraudulent?