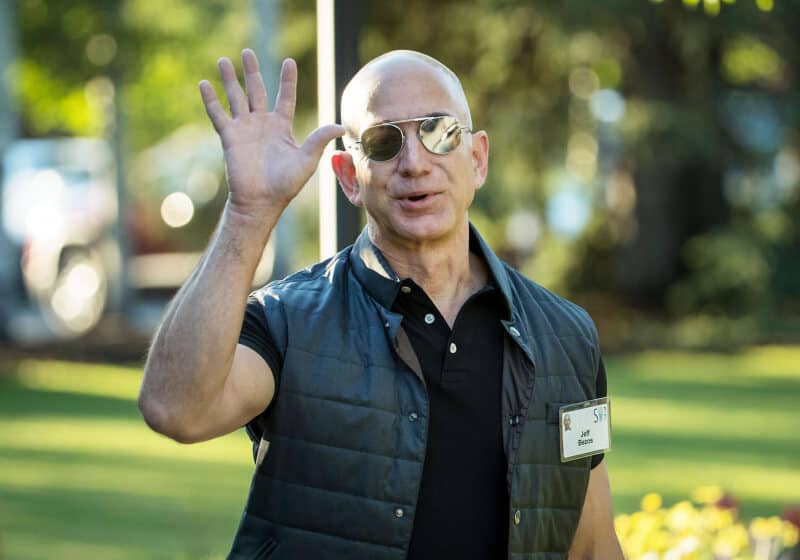 In brief: Amazon boss and world’s richest man Jeff Bezos reportedly had his phone hacked in 2018 via a WhatsApp message sent from the account of Saudi crown prince Mohammed bin Salman.

The revelations come from a report in The Guardian, which claims the encrypted message contained a video file that forensic analysists believe was likely to contain malware. Once activated, it was able to remove large amounts of data from Bezos’ phone. Exactly what was taken and what it was used for is unknown.

According to the Guardian’s sources, Bezos and the crown prince had been having a friendly exchange over WhatsApp before the unsolicited file was sent.

Five months after the hack took place, Jamal Khashoggi, a critic of the Saudi Arabia government and journalist at the Bezos-owned Washington Post, entered the Saudi Arabia consulate in Istanbul, Turkey, to obtain a document proving he was divorced so that he could marry his fiancée. He never came back out. Reports say he was tortured and murdered inside the building before being cut into pieces and smuggled out of the consulate in bags.

In February last year, Bezos said he was being extorted and blackmailed by the National Enquirer tabloid, which published texts and photos of Bezos and Lauren Sanchez that appeared to show he was having an extramarital affair with the broadcaster. The Inquirer claims the data came from Sanchez’s brother and not from a hack, but Amazon head of security Gavin de Becker wrote that “our investigators and several experts concluded with high confidence that the Saudis had access to Bezos’ phone, and gained private information.”

Recent media reports that suggest the Kingdom is behind a hacking of Mr. Jeff Bezos’ phone are absurd. We call for an investigation on these claims so that we can have all the facts out.

The US embassy of Saudi Arabia has denied any involvement in the hack, tweeting that the reports are “absurd,” but Reuters writes that U.N. special rapporteurs, Agnes Callamard and David Kaye, said they had information pointing to the “possible involvement” of Prince Mohammed.

here we received a forensic analysis concluding with ‘medium to high confidence’ that the iphone of Jeff Bezos was compromised via malware sent in 2018 from WhatsApp acct of the Crown Prince of the Kingdom of Saudi Arabia.

0Shares
Previous PostNotes From the WEF: The Coming Battle Between Surveilled and Private MoneyNext PostSEC Depositions Shed Light on Telegram’s $1.7B Token Sale