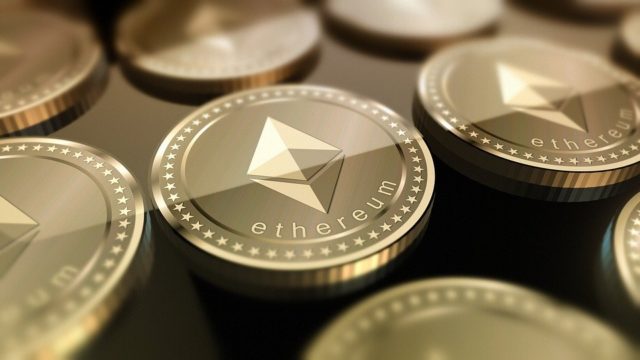 Ethereum as a Cryptocurrency token has been considered as an “illegitimate” cryptocurrency. Many have asked the basic question: Is Ethereum legit? The answer to this question is yes!! Ethereum is as legit as it gets!

The following points shall prove the legit nature of Ethereum as a cryptocurrency token:

The Ethereum Blockchain is an Operating System

Rather than being just a cryptocurrency token, Ethereum’s blockchain is a decentralized operating system. This is because it allows for the development of decentralized applications. The enforcement of rules based on conditions that are defined by what is called “Smart Contracts”.

Smart Contracts are the first example of liquid conditions on a blockchain. Remember that blockchain records don’t change. This is a big problem for many types of applications. To solve this, smart contracts define conditions for the exchange of tokens. Tokens must be given to the miners so that the App can run smoothly.

Ethereum is a Foundation for Other Cryptocurrency Tokens

Before Ethereum, blockchains could only exchange tokens. Ethereum taught us that we could do anything we want to do on the Ethereum blockchain.

Vitalik Buterin and his team of brilliant programmers have made a new world possible. One where blockchain and decentralized ledger technologies extend their uses by building ecosystems. As such, in the long run, this ecosystem will pick up one adoption of cryptocurrencies is achieved.

For now, the Altcoin space is suffering, Bitcoin still dominates over 60%. This lopsided dominance has led many to believe that the golden age o the cryptospace will never come. The truth is that one word is what is needed for the mass adoption of decentralized ledger technology to occur: education.

Once people know what exactly they are dealing with, they will make the required decisions to use them.
The Ethereum Blockchain allows developers and tech-savvy business people to create projects. This also allows for an easier entrance into the crypto space without having to build a blockchain from scratch.
It also means that there are rules that everyone needs to follow when it comes to the introduction of new tokens.

Such rules are referred to as standards. There seem to be quite a few of them as far as Ethereum is concerned. The most common token standard is the ERC-20 token standard. This forms the vast majority of Ethereums tokens that are in existence. While many projects that have been hosted on the Ethereum blockchain have either fizzled out or abandoned, some still hold promise. The Ethereum ecosystem has enabled many people to come into the cryptospace with fewer restrictions blockchain-wise.

Rather than have a blockchain and a token, such tokens can now transact on the Ethereum blockchain.

When it comes to blockchain development, there are very few blockchains that have the dynamism of Ethereum. Its switch from proof-of-work to proof-of-stake sometime this year is one such example.
Ethereum has always been at the forefront of the development of new paradigms within the blockchain space.

Delegated proof-of-stake is one of those innovations that will change the cryptospace for good.
Other innovations such as Raiden, sharding and the plasma network are already making waves. This has also enabled the Ethereum network to achieve scaling though it is a first-generation blockchain.

It also shows that the Etherereum blockchain will be one of those blockchains that will emerge as one of the crypto space’s dominant forces.

Many people still think that Cryptocurrencies are some kind of experiment. In reality, cryptocurrencies are the future, They are a new way to perform the required activities without going through a central authority. It also creates a new paradigm where people can freely own assets without recourse to undue censorship.
The Ethereum ecosystem is one of those blockchains that is a world of its own.

Many people do not realize that these are the kinds of blockchains that will emerge soon. The sooner many realize this, the better.

At the end of the day, people will realize that cryptocurrencies are the future. It is just a matter of time. In answer to the question of Ethereum’slegitimacy, hell yes!!! Ethereum is not only legit, but it is also the future of the crypto space in many regards.