0Shares
Contents hide
1 Bottom line: The GPU that was teased on Intel’s Graphics Twitter account is indeed destined for enterprise customers, rather than consumers or prosumers. Raja Koduri took to Twitter to confirm as much and to seemingly put rest to some speculation that was outpacing reality.
2 Related Reads

Bottom line: The GPU that was teased on Intel’s Graphics Twitter account is indeed destined for enterprise customers, rather than consumers or prosumers. Raja Koduri took to Twitter to confirm as much and to seemingly put rest to some speculation that was outpacing reality.

Intel tweeted a photo teasing a massive and mysterious GPU on Friday, and in doing so, lit the internet aflame with speculation. Early on, pretty much everyone settled on it being a form of Intel’s upcoming Xe HP or Xe HPC. As a reminder, Intel’s Xe Graphics architecture will span three derivatives: Xe LP, Xe HP, and Xe HPC.

Intel’s own Raja Koduri seemingly straddled the fence between Xe HP and Xe HPC with a tweet, saying “The ‘baap of all’ is back, battle-fielding and b-floating.” The “battle-fielding” seemed to suggest some sort of consumer or prosumer facing product, indicating Xe HP. Although, the “b-floating” suggested that the GPU was more aligned with Xe HPC. 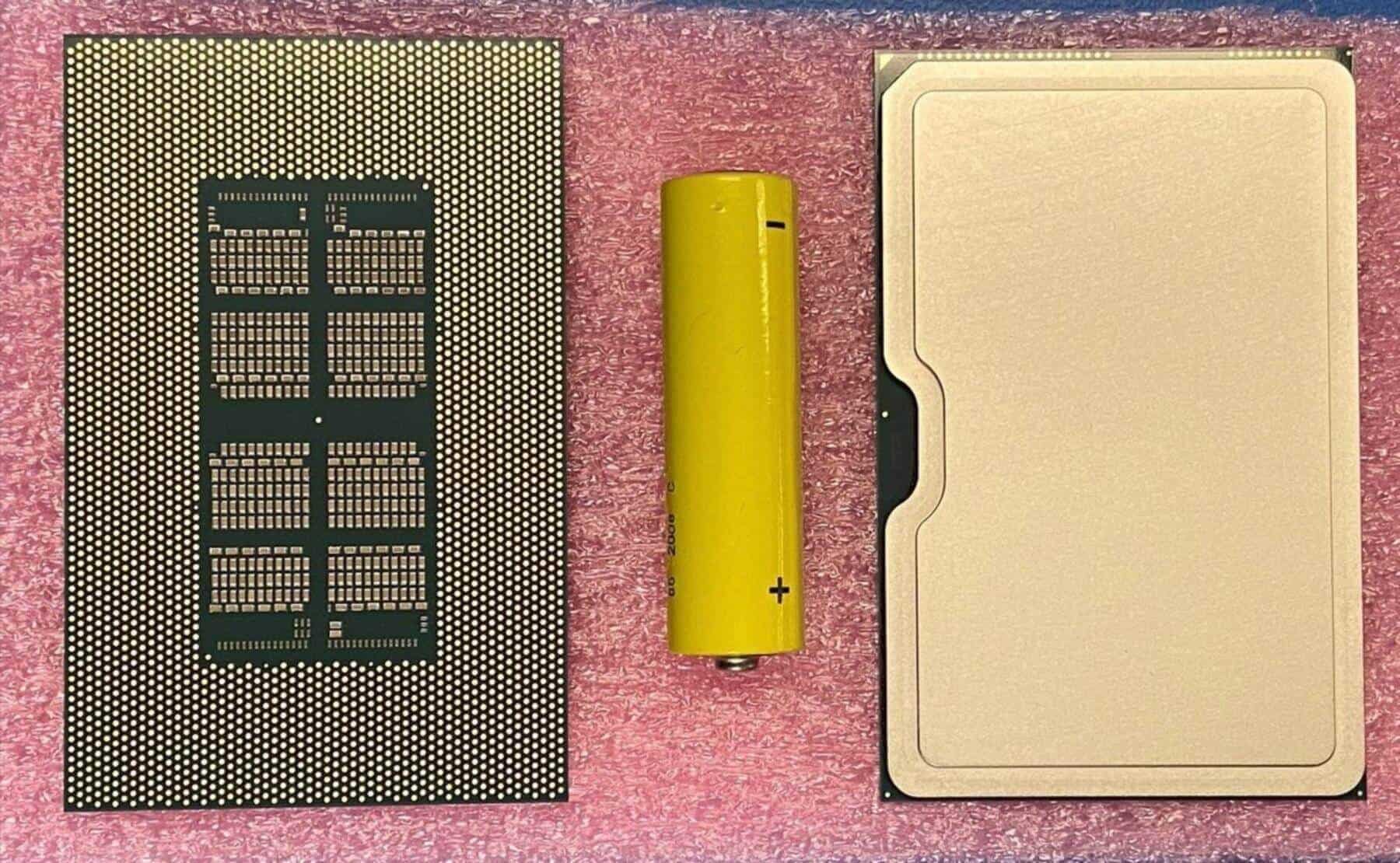 The “b-floating” remark refers to the bfloat16 floating-point format, which is mainly used for deep learning and AI acceleration. While BF16 is key to Intel’s supercomputer and HPC strategy, Intel is also adopting BF16 support for its upcoming Cooper Lake-SP Xeons via the AVX-512 BF16 extensions.

Both XE-HPC based Ponte Vecchio (detailed at SC’19) and XE-HP based chip images shared recently are data center targeted GPUs. We need incredible computing solution range from edge to cloud to keep up with the data we are generating in real-time https://t.co/GRIYKev5gw

Initially, there was some speculation that this GPU — housed inside of a massive LGA package replete with an IHS — could be Intel’s 7nm Ponte Vecchio, destined for the Aurora Supercomputer in 2021. However, by early guesstimates, the GPU being teased looks to have four compute chiplets and four stacks of HBM2e memory. That would rule out Ponte Vecchio.

More importantly, Koduri has now confirmed that this GPU is indeed a slice of Intel’s Xe HP silicon (and not Xe HPC/Ponte Vecchio), and is targeted at data centers. With that Koduri has put to rest certain conjectures that assumed this card would be aimed at consumers and would outperform products that don’t currently exist.

Although, Koduri also dropped another tease, suggesting that an even bigger GPU could succeed this one. “This was called the ‘baap of all’ by our team….The ‘Baahubali of all’ is baking as well,” said Koduri in a tweet.

Best anyone can tell, Koduri’s “Baahubali” reference is loosely referring to an Indian hero/epic action movie he was involved with, suggesting that the “father of all” will be succeeded by something even more substantial.