0Shares
Contents hide
1 What just happened? Intel has sent out a wave of engineering sample processors, a few dozen of which are (allegedly) available for purchase on Taobao. If they actually shipped you one, then you’d be getting some very powerful hardware: those same engineering samples are beating their predecessors by 15-20% in a handful of online benchmarks.
2 Related Reads

What just happened? Intel has sent out a wave of engineering sample processors, a few dozen of which are (allegedly) available for purchase on Taobao. If they actually shipped you one, then you’d be getting some very powerful hardware: those same engineering samples are beating their predecessors by 15-20% in a handful of online benchmarks.

Intel’s tenth generation processors aren’t confirmed, yet there’s little mystery surrounding them. In late December, Informatica Cero obtained slides detailing the entire lineup, and their information has been almost confirmed by about a dozen online sightings.

The table below has been put together based on details provided by Informatica Cero and Videocardz.

The other mid-range and budget parts haven’t appeared much outside of Informatica Cero’s slides, so we’ll direct you back to that article if you’re curious about those as well. 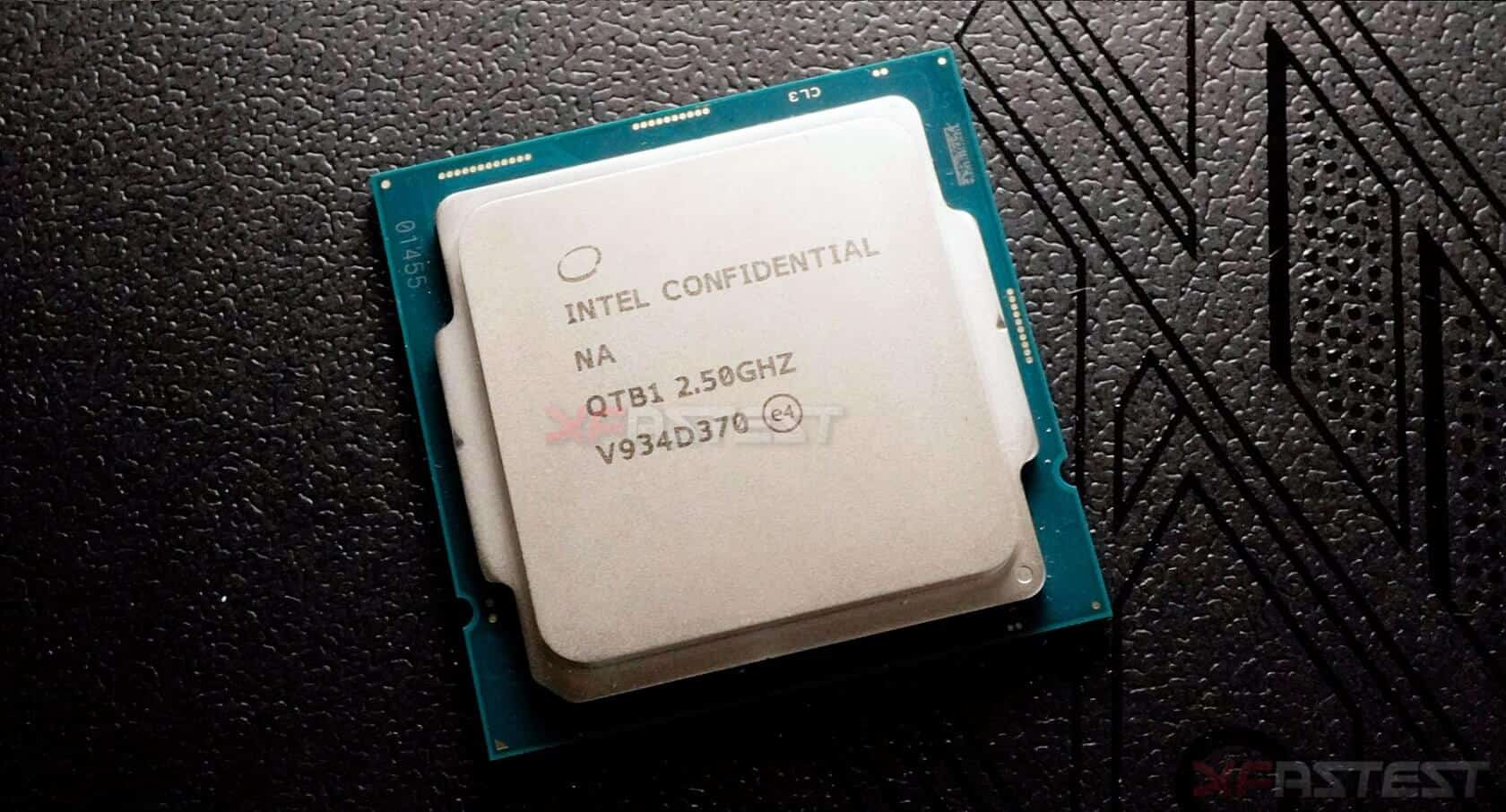 Xfastest apparently got their hands on this 10900 engineering sample.

Seeing that Intel is shipping engineering samples in a fairly large volume, they must be getting close to release. And with such enticing leaks, that’s exciting.

However, Intel has spent the past five years plucking performance out of an architecture and node they introduced in 2015. Their then-flagship 6700k quad-core gaming piece had a 91W TDP and a $339 price tag. The present day’s 9900K is a $488 octa-core furnace that regularly consumes in excess of 150W (but is marketed with a misleading 95W TDP, mind you…). Consequently, we can only expect that they’ve continued wringing more performance out of something that should’ve been put down years ago and have produced yet another literal burning hole in your pockets and CPU sockets.

And thus, we’d like to remind readers that the sanguinity of leaks should invoke some suspicion. The 10900K and 10700K will probably both turbo over 5 GHz and outdo their predecessors by anywhere from 15-20% in certain (ideal) workloads.

But like the 9900K, which requires specific and pricey motherboards and coolers to sustain peak performance, these new processors might conceal hidden compromise. Please wait for reviews before purchasing these chips, even if Taobao’s listing makes for an enticing offer.