Intel is prototyping PCIe 4.0 SSDs, but needs AMD CPUs to test them 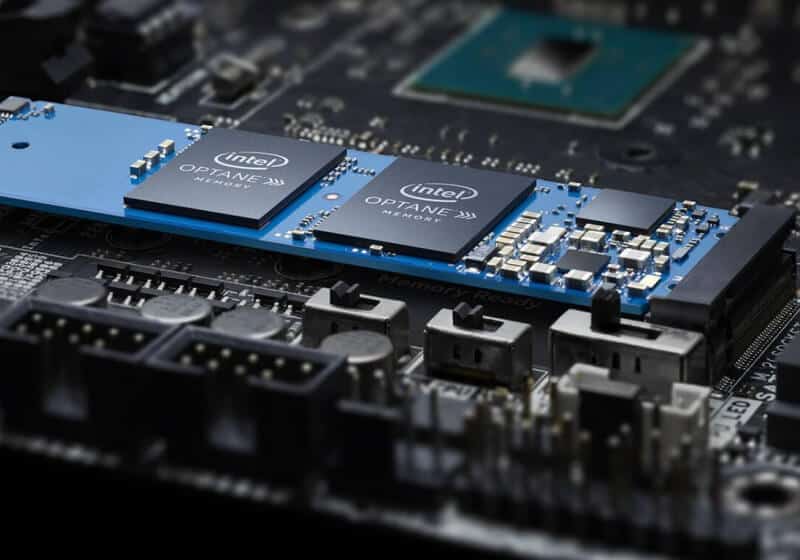 Contents hide
1 Facepalm: An errant tweet has revealed that Intel’s second generation Optane 3D XPoint SSDs are being sampled to developers, with a new flagship feature: PCIe 4.0 support. The only problem? Intel doesn’t have any CPUs that support PCIe 4.0. Maybe AMD can lend them some.
2 Related Reads

Facepalm: An errant tweet has revealed that Intel’s second generation Optane 3D XPoint SSDs are being sampled to developers, with a new flagship feature: PCIe 4.0 support. The only problem? Intel doesn’t have any CPUs that support PCIe 4.0. Maybe AMD can lend them some.

AMD became the first to support PCIe 4.0 with third-generation Ryzen. While at launch the upgrade over Intel’s PCIe 3.0 was mostly academic, a slew of PCIe 4.0 SSDs have since been released with speeds almost twice as fast as previous generations. Intel’s CPU department might not have seen that as a big deal but apparently, their storage division does.

Intel’s technical marketing performance engineer Frank Ober tweeted that Intel is willing to send out PCIe 4.0 SSDs to developers. But the developers will need PCIe 4.0 CPUs to take full advantage of them.

@glcst would you like to test on gen2 pcie 4 capable optane ssd to see your code’s potential? Then I can set that up for you. Send me a private email when you are ready… @axboe has his own…

In September, Intel confirmed the development of Alder Stream SSDs, an update to their Optane drives that will use second generation 3D XPoint technology. 3D XPoint is often marketed as a middle ground for RAM and solid storage. It’s much cheaper per gigabyte than system memory with similar latency, but its SSD-like speeds mean it can’t really replace RAM.

The next generation of XPoint focuses on enhancing speeds, according to Intel. But if they want to double speeds, or, like Micron, triple them then they’ll need either twice as many PCIe lanes (which no one would want) or to upgrade to PCIe 4.0, which has twice PCIe 3.0’s bandwidth.

Intel wanted to build PCIe 4.0 support into a new architecture based on 10nm, but they’ve been forced to delay that for years. It’s now scheduled to enter production in late 2020, so if we cross our fingers and pray, we might just see PCIe 4.0-supporting CPUs from Intel in early 2021. Meanwhile, they’ll be buying from AMD.

How to turn your social media savviness into a lucrative career