0Shares
Contents hide
1 In brief: Intel’s upcoming 10th generation Comet Lake-S CPUs are reportedly coming at the end of this month, and judging by several leaked promotional slides, they should be the best Skylake refinement the company can make before moving on to a new architecture step on its desktop CPUs.
2 Related Reads

In brief: Intel’s upcoming 10th generation Comet Lake-S CPUs are reportedly coming at the end of this month, and judging by several leaked promotional slides, they should be the best Skylake refinement the company can make before moving on to a new architecture step on its desktop CPUs.

Of course, people have also been waiting for a while now to see the desktop variants in all their glory. After all, these will require new motherboards with LGA 1200 sockets, so everyone wants to know if they’re worth upgrading to.

The new processors are reportedly slated for an April 30 announcement, and the marketing materials have already leaked online. 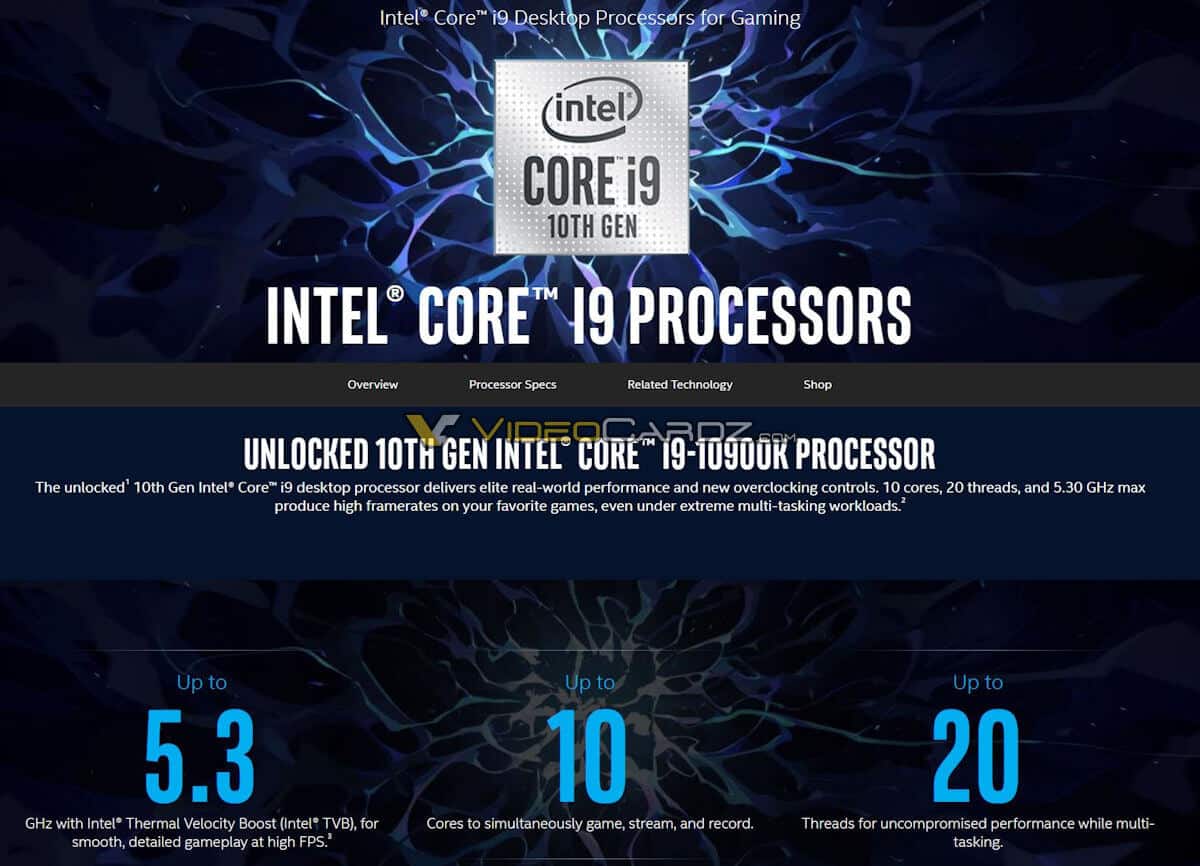 As expected, the i9-10900K seems to be a 10-core processor with a base clock of 3.7 Ghz and the ability to boost up to 5.3 Ghz using Intel’s Thermal Velocity Boost (TVB) technology. This appears to be an exclusive feature of all 10th generation i9 variants. The i9-10900K is expected to have a TDP of 125W, and TVB will only kick in for short, burst workloads, and only when temperature and power budget allow for it.

Power efficiency won’t be a strong point for the i9-10900K (which remains a 14nm part), which means Intel will have to play with pricing to get a winning formula against losing more market share to AMD. The latter is expected to unveil its Zen 3 CPU lineup in the second half of this year, and those will be improvements on 7nm, Zen 2 CPUs, which are already proving to be a better deal. 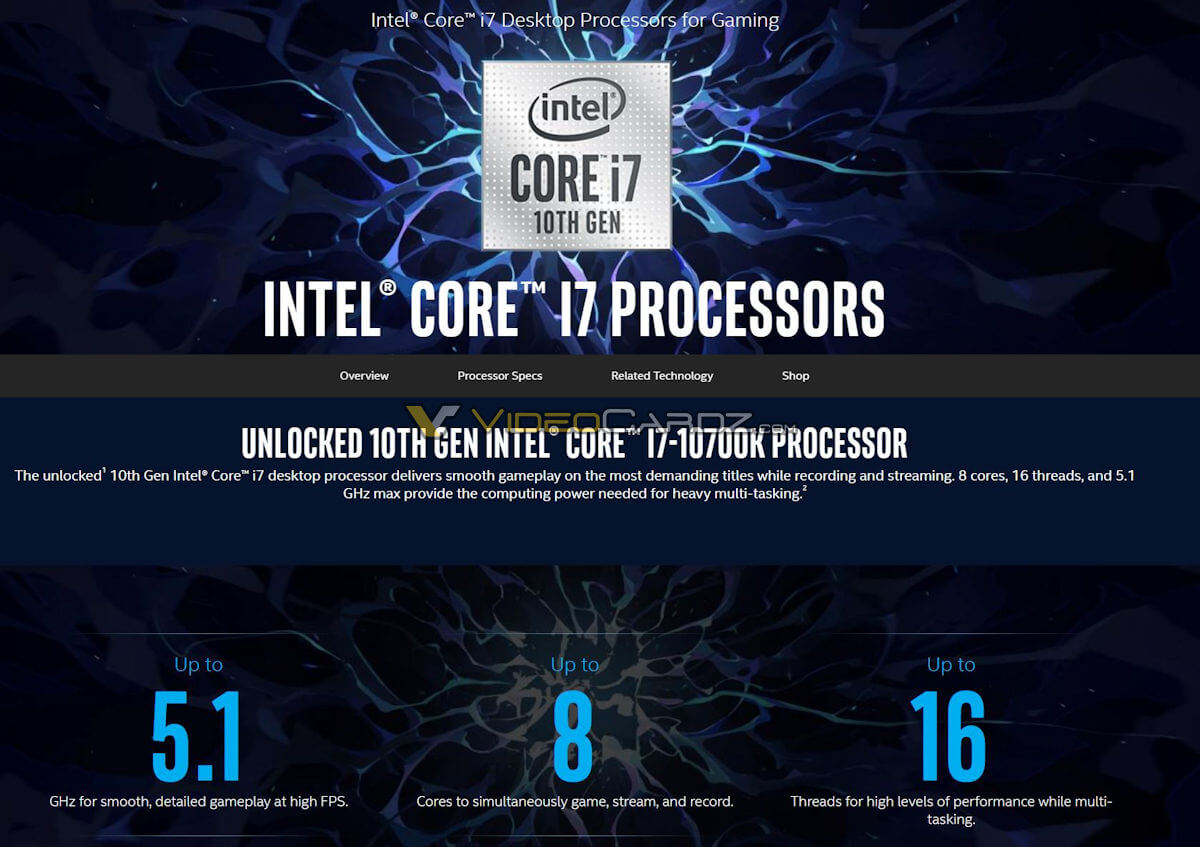 The i7-10700K will be an 8-core CPU with a base frequency of 3.8 GHz that will only go up to 5.1 GHz, but it won’t support Thermal Velocity Boost. Contrast that with mobile Comet Lake i7 parts which do get support for TVB, and you’d think that Intel forgot to add that in for the desktop part. However, even on high-end laptops that will feature the best possible cooling solution, the desktop i7-10700K with the standard, Turbo Boost 3.0 will likely be able to sustain all-core boost clocks for much longer than say, the i7-10875H with TVB. 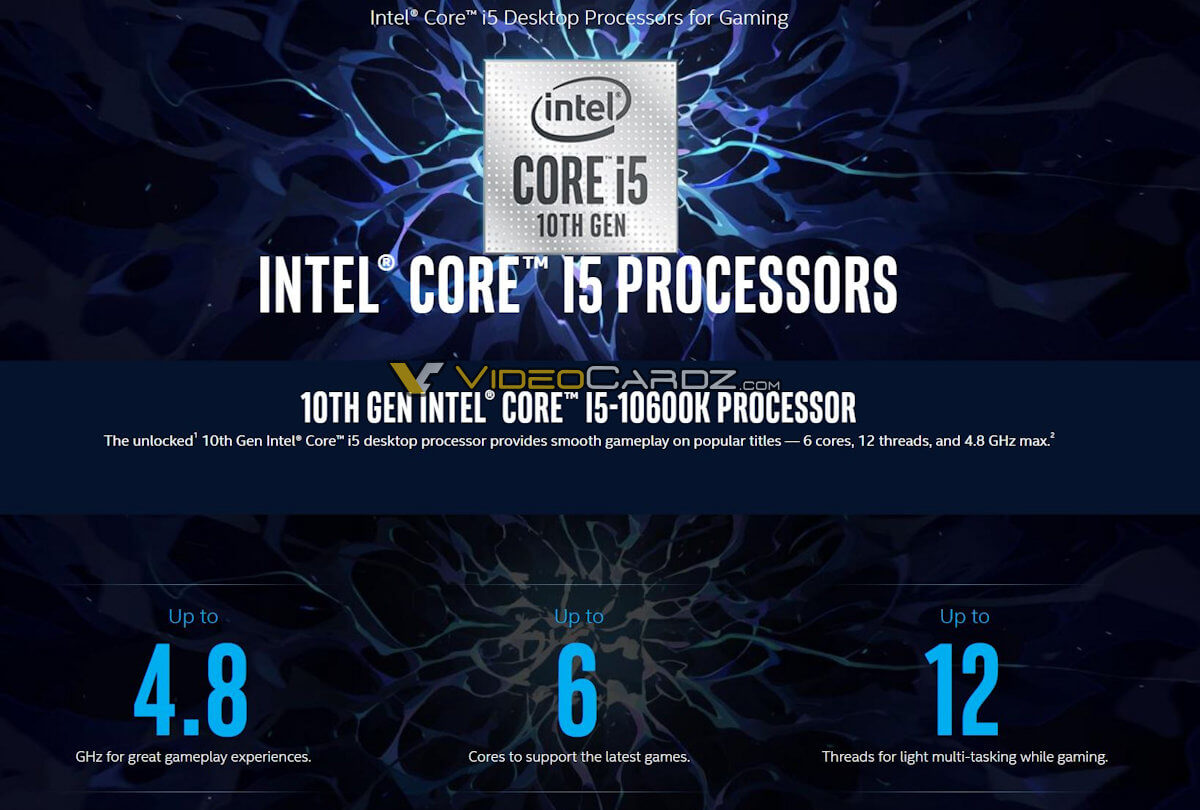 The i5-10600K will be a 6-core CPU with a moderately higher base clock of 4.1 GHz and a maximum boost clock of 4.8 Ghz. All three Comet Lake-S unlocked CPUs will come in two versions, one with a recycled Intel UHD 620 iGPU (rebranded to UHD 630 and running at slightly higher clocks), and a KF series without an iGPU.

At this point, pricing is everyone’s guess, and so is Intel’s ability to deliver these parts as originally planned, considering the impact of the coronavirus pandemic on supply chains worldwide.