When buying a new processor, what’s the first thing to look for? Price? Performance? Frames per Second? The Box? Intel’s new brand tie-in with Marvel’s Avengers now seems official, according to the @IntelGraphics twitter handle. With the new special edition processors, users can look forward to a brightly painted box. Yes, that’s pretty much it. Oooh, shiny shiny.

Leaks have suggested that these new boxed processors will carry new versions of Intel’s overclockable Comet Lake processors, such as the Core i9-10900K which will become new Core i9-10900KA models in Intel’s database, however we are waiting on confirmation from Intel.

If this ends up being a success for Intel, no doubt it will set a precedent for future processor tie-ins. It is unclear if this arrangement involves Intel licensing the Marvel brand, or Marvel is paying Intel for co-branding ahead of Marvel’s new videogame, the Marvel Avengers, set to launch on September 4th for Xbox, Playstation, and PC. There have also been suggestions that these processors may also carry codes to download extras for the game, perhaps skins or such, but again this has not been confirmed, nor is it clear that the game has any special Intel-specific acceleration for better gameplay. Imagine if the game detects the CPU string as ‘10900KA’ and offers different abilites or modes – that would certainly interesting as to the mods that would appear to get around that restriction. 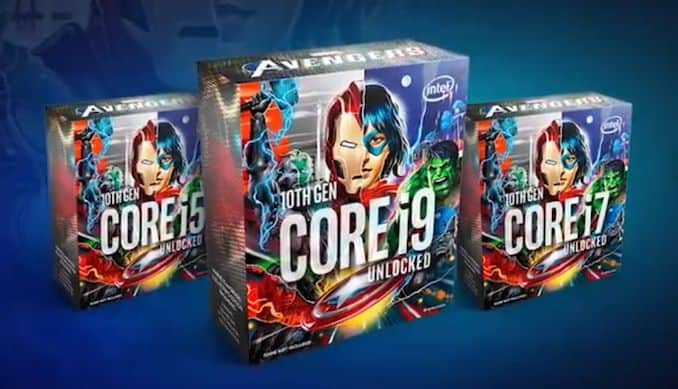 Is Bitcoin the Most Trending Form of Currency Now?