0Shares
Contents hide
1 Raising $600,000 during Private Sale
2 A hidden gem to dominate the NFT marketplace combining an NFT game, charity and its own blockchain in the future

A hidden gem to dominate the NFT marketplace combining an NFT game, charity and its own blockchain in the future

NEW YORK, Sept. 29, 2021 (GLOBE NEWSWIRE) — HAKUNA MATATA LTD’s token, $HKUN, is able to raise Six Hundred Thousand Dollars (US$ 600,000.00) during their private sale which is by far one of the biggest private sales raised in Binance Smart Chain accumulating this figure in just two days. HKUN has already passed CertiK’s standards prior to their official launch on Sept 16th, 2021. Investors continue to pour in during and after the presale and launch event where they enjoy the rewards while holding with a choice of claiming it in BUSD or HKUN tokens. Following the public sale, $HKUN is already on the move for getting listed in one of the Top 30 Exchanges in the cryptocurrency world, LBank, which boasts over a billion-dollar daily trading volume and is currently in discussions with Top 10 Exchanges such as Gate.io and Kucoin for future listings. Despite a bearish market, $HKUN was able to achieve a successful launch. 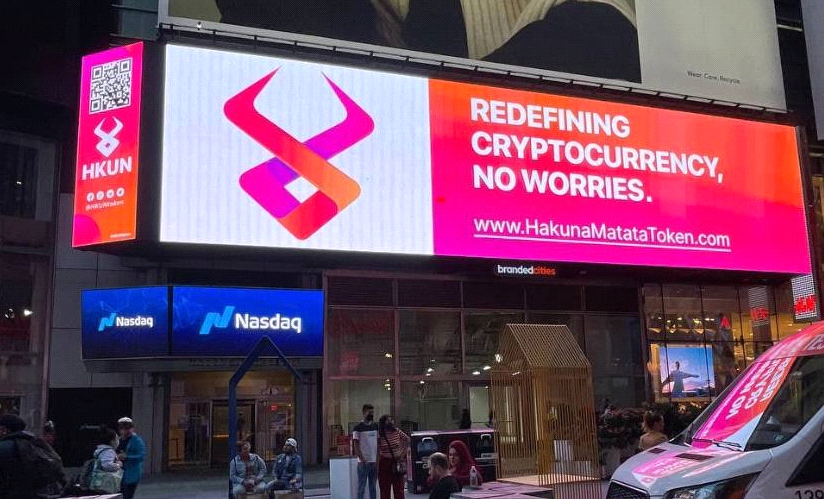 A registered entity in two countries, USA and UK, $HKUN takes pride in having doxxed core team who have always been transparent and dedicated to HKUN’s community as well as its vision. An altcoin in the making, HKUN has already donated a total of Fifty Thousand Dollars (US$50,000.00) in reputable charity institutions. To name a few – AMB BITOK Foundation, CHARITY:WATER, International Committee of the Red Cross (ICRC), and Human Relief Foundation (HRF).

Another most-awaited launch, $HKUN will also have its own Play-to-Earn NFT game scheduled to launch sometime around 4 to 6 weeks. Development is in progress and definitely will join today’s hottest trend in the crypto world. To add the token’s uniqueness, its mascot, Kuna, is being created by Tony Bancroft, a former Disney animator and director who created Pumbaa in the Lion King and directed Mulan. Being loved by its core vision about bringing cryptocurrency and charity together, $HKUN will participate in the NFT marketplace for Music and Arts which gives an opportunity for the artists to allocate portion of the sales into charities.

HKUN’s CSO, Gino Firaza, said, “Our team is very diverse bringing different cultures from different parts of the globe. Together, we can redefine cryptocurrency and become the catalyst of change to provide the highest quality in token protocol standards.”

HakunaMatata $HKUN Token is a DeFi cryptocurrency available on Binance Smart Chain built on the BEP-20 protocol. We have developed the token to build a widespread consensus on the coexistence of financial freedom and charitable drivers in a unique ecosystem that extends the traditional balances of cryptocurrencies.

This Press Release is for informational purposes only. The information does not constitute financial or investment advice. Readers should do their own research and due diligence before taking any actions related to the article. Hakuna Matata is NOT responsible, directly or indirectly, for any damage or loss caused or alleged to be caused by or in connection with the use of or reliance on any content, goods or services mentioned in the press release.