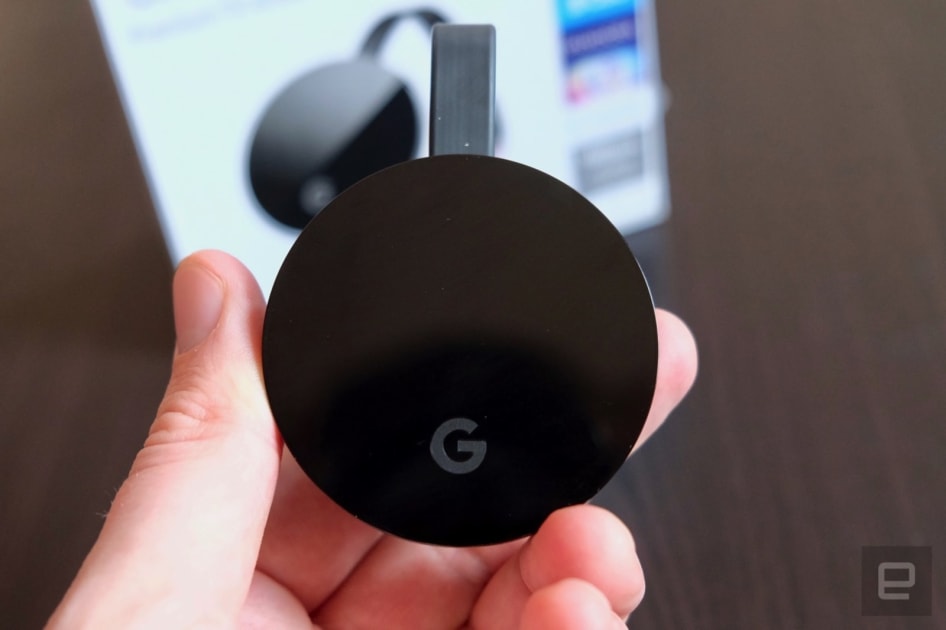 The controller is said to look like a cross between the remotes for the defunct Daydream View and the Apple TV, complete with a mic and a Google Assistant button for voice control. It might have already surfaced, in fact — Protocol‘s Janko Roettgers noticed an FCC filing for a “Google Remote” whose basic profile matches the description. Google has issued developer devices with similar functionality, so it wouldn’t be a stretch to make a more home-oriented equivalent.

It’s not certain when the new Chromecast Ultra might arrive. It might have launched alongside the Pixel 4a at Google I/O, but that event has been cancelled. This would be a big move for Google if and when the revamped Ultra shipped, however. While Amazon has been delivering full-featured Fire TV dongles for a while, Google hasn’t had an Android media hub since the Nexus Player. This could help it compete more directly with the likes of Amazon, Apple and Roku, not to mention put Google Assistant in more living rooms than it could with Nest speakers.