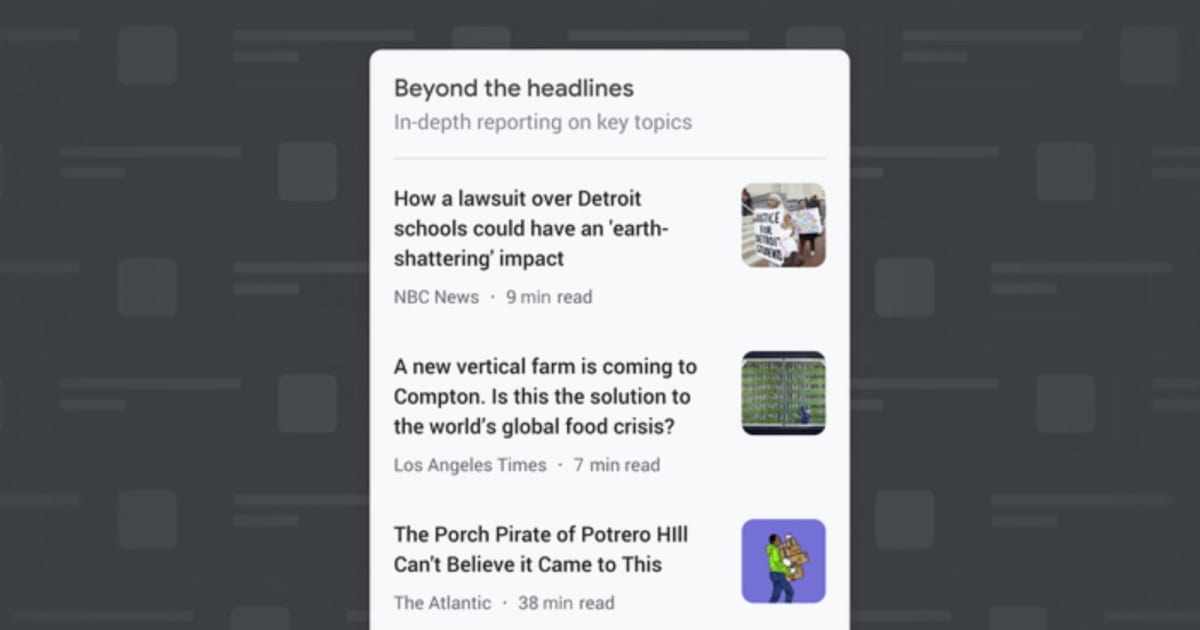 Google said it wants to recognize that stories exploring the “why and how” rather than just the “who, what and when” require an investment of time and money. “Keeping these stories visible beyond the fast daily news cycle, “Beyond the Headlines” connects readers with in-depth articles exploring important issues such as healthcare, the environment, education and more,” wrote Google News Product Manager Raffaele Colella.

Feature dives require an investment by the reader, too, so Google is also showing the estimated reading time. The articles are surface and arranged by Google’s algorithms, not human curators, so they might be tailored to what you typically read.

Google is trying to improve its standings with news publishers, particularly abroad. It’s not doing particularly well in France, however, where it decided to remove story previews (snippets) rather than paying publishers. In Spain, meanwhile, the feature is not available at all without a VPN. In any case, “Beyond the Headlines” is now available on desktop around the world in US English only, but Google promised to release it on mobile and in other languages by 2020.