Contents hide
1 Why it matters: Inbox by Google users will be disappointed to hear that the email client is being discontinued next year. The app which served as an experimental testbed for Gmail features as well as a streamlined email client for the service, has apparently outlived its welcome with the company.
2 Related Reads

Why it matters: Inbox by Google users will be disappointed to hear that the email client is being discontinued next year. The app which served as an experimental testbed for Gmail features as well as a streamlined email client for the service, has apparently outlived its welcome with the company.

Almost four years ago, Google introduced a new email client called Inbox. The cross-platform app was designed to clean up the mess of your Gmail inbox by categorizing mail by type such as social media notifications, promotional emails, spam, and your regular correspondence.

Well, in case you haven’t noticed, many of the features that Inbox touted are now native in Gmail. Things that started out in the app like Smart Reply and viewing attachments right within the main screen have been added to Gmail, many coming in the last big redesign.

In a way, Inbox served as a testbed for future Gmail features. As such, Google has decided that Inbox has served its purpose and will be retiring the app.

“We know change is hard, so we’ve created a transition guide to help you switch from Inbox to the new Gmail with ease. All your conversations are already waiting for you in Gmail. See you there.”

According to a Google blog posted today, if you use Inbox, it will still be functional at least until the end of March 2019. At that time, the company will discontinue the app. It remains unclear if this means it will stop working or that Google simply will stop providing updates — probably the latter.

When Inbox was first released, it was amidst a few other mobile email clients like Mailbox. At that time Google may have been concerned that the alternatives may have taken business from Gmail and responded with its own client. Since then Mailbox closed shop after it was acquired by Dropbox.

Now that the threat has lessened and Gmail seems secure, Google feels the app is no longer necessary. However, it will be giving up a nifty sandbox for testing new Gmail features. If you are an Inbox user, maybe you can lessen your mourning by easing yourself back into Gmail using Google’s handy transitioning guide. 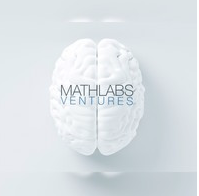