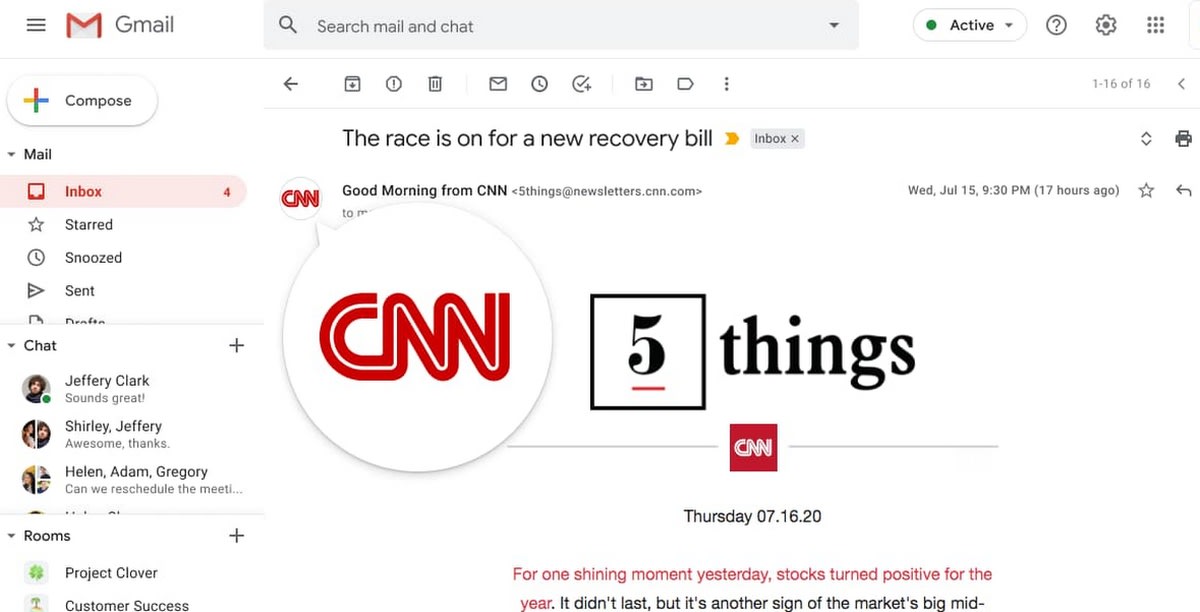 Google has announced a slew of security enhancements headed for G Suite services, including some we’ve heard about like admin changes for Google Meet, but one of the biggest announcements is all about Gmail. Last year Google announced it joined the Brand Indicators for Message Identification (BIMI) group (Verizon Media, the parent company of Engadget, is also a part of the group), which is pushing an email spec that adds brand logos to authenticated emails.

In practice it seems a lot like the verified stamps that have proliferated across social media, but when you see them it won’t be a blue check, it will be the logo of the company the sent the email, as shown above with CNN. Emails are authenticated using the existing DMARC system and then there’s certification that applies the associated logo, which hopefully gives people trust an email came from the company or person it’s claiming to represent.

Dogecoin (DOGE) $ 0.083951
We use cookies to personalise content and ads, to provide social media features and to analyse our traffic. We also share information about your use of our site with our social media, advertising and analytics partners who may combine it with other information that you’ve provided to them or that they’ve collected from your use of their services.
Accept
Read more
Change Settings
Cookie Box Settings
Cookie Box Settings