0Shares
Contents hide
1 What just happened? GameStop is closing its US storefronts in response to the coronavirus pandemic but will still remain open to an extent. Instead, they’ll continue to process orders on a digital basis and will operate retail locations that aren’t already closed in accordance with state and local orders via curbside pick-up and delivery.
2 Related Reads

What just happened? GameStop is closing its US storefronts in response to the coronavirus pandemic but will still remain open to an extent. Instead, they’ll continue to process orders on a digital basis and will operate retail locations that aren’t already closed in accordance with state and local orders via curbside pick-up and delivery.

The move will allow the company to continue to serve customers as they “adjust to their new normal of increased time at home,” said CEO George Sherman.

GameStop also had the following to say about employee working conditions and pay:

All U.S.GameStop employees have been ensured that they do not have to work if they are not comfortable and should stay home if they feel sick. Additionally, the Company has announced it will pay all U.S. employees whose hours have been eliminated an additional two weeks at their regular pay rate based on the average hours worked in the last 10 weeks. In addition, the Company will reimburse all benefit eligible U.S. employees, one month of the employee portion of benefit expenses.

The company didn’t say how long it plans to keep its storefronts closed to customers.

GameStop found itself topping headlines last week after an internal memo surfaced in which the retailer classified itself as “essential retail” and therefore was able to remain open.

“Due to the products we carry that enable and enhance our customers’ experience in working from home, we believe GameStop is classified as essential retail and therefore is able to remain open during this time,” a memo obtained by Vice read.

GameStop issued the following statement in response to the publication’s story:

While GameStop is best known as a provider of gaming and home entertainment systems, we also offer a wide array of products and devices that are important to facilitate remote work, distance learning, and virtual connectivity. As millions of Americans face unprecedented challenges adapting to virtual learning, working and interaction, there is significant need for technology solutions and we are one of many providers of these products that are remaining open at this time. Schools, businesses and families are now suddenly dependent on being able to connect through technology. While there are many businesses and organizations far more critical than ours, we believe we can have a positive impact during this very challenging time.

GameStop’s classification as “essential retail” is ripe for debate but there’s no arguing the fact that a record number of people are turning to gaming to pass the time. 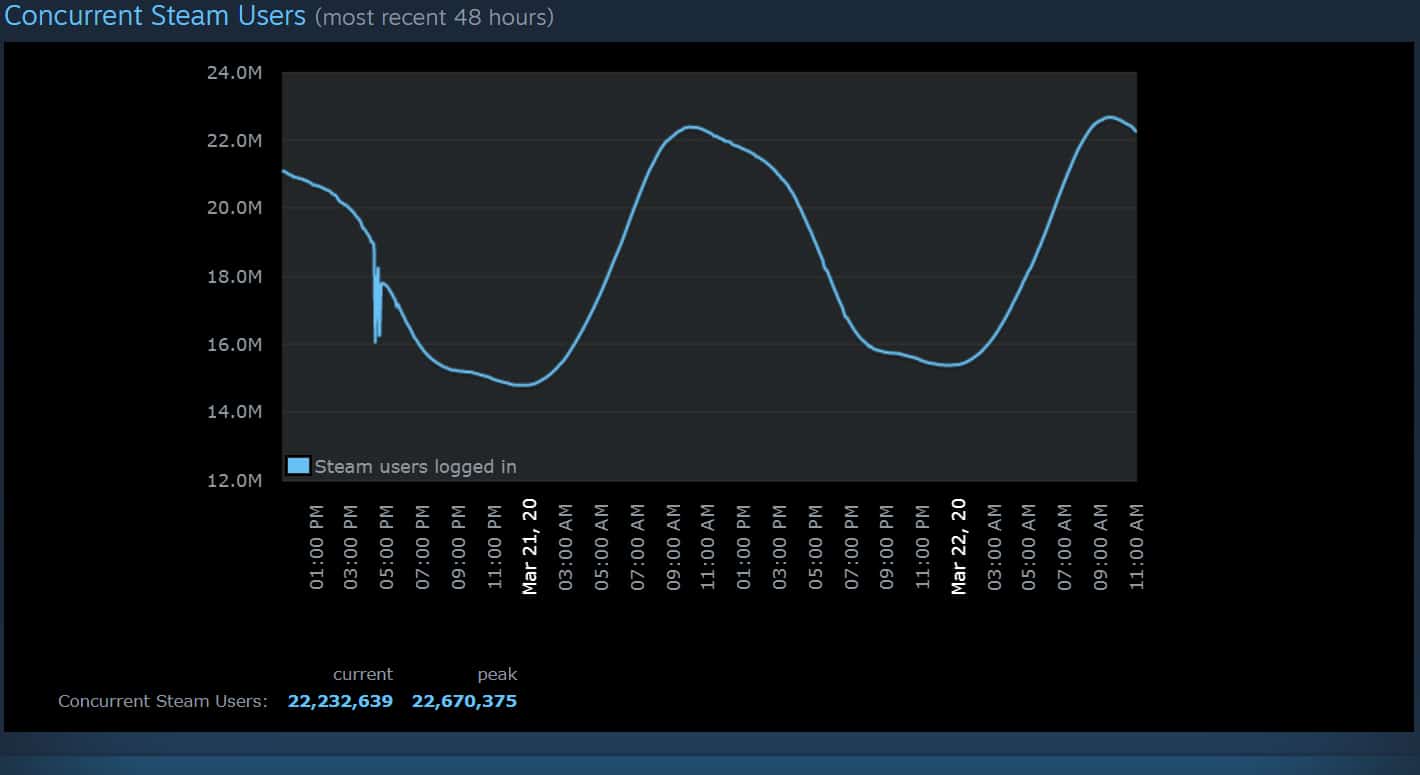 Valve’s Steam platform last weekend set a new concurrent user record of just over 20 million, a figure that was smashed earlier today when nearly 23 million people were logged into Steam.

There’s no shortage of games to choose from, either. Doom Eternal, which launched late last week, appears to be off to a solid start with more than 100,000 concurrent players on Steam earlier today. Capcom also dropped its Resident Evil 3: Raccoon City demo, Valve has several indie demos to try and GOG has aggregated its freebies into one place for easy access. The new Animal Crossing is out, too, and Half-Life: Alyx arrives tomorrow.