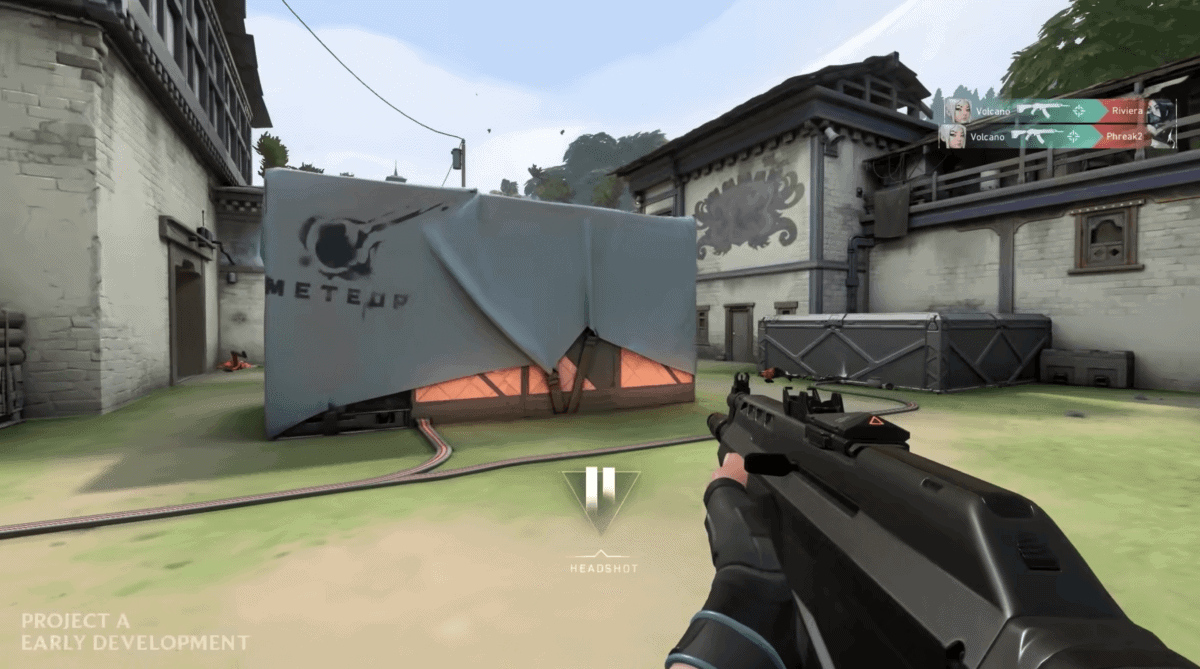 Last October, League of Legends developer Riot Games unveiled a dizzying array of new projects in the works, among them, a competitive character-based tactical shooter code-named Project A.

Four months on, ex-pro and CS:GO commentator, Henry ‘HenryG’ Greer, has offered fresh details courtesy of a day spent at Riot EU trying out Project A.

It all sounds like Riot Games has its sights set on emulating CS:GO’s format while incorporating a sprinkling of elements from character-based titles like Apex Legends and Overwatch.

A Slick 5 vs. 5 Tactical Shooter

Greer explains that Project A’s format is that of a round-based, five versus five, tactical shooter. Teams take turns attacking and defending bombsites like CS:GO.

Players choose a class, which allows them to buy abilities at the start of each round. These abilities are more of the utility variety than the ‘ultimates’ seen in other character-based shooters.

The ex-pro also pointed out that the map design was impressive. Much like CS:GO, Project A features choke points and lanes conducive to ‘game play substance.’

He was also taken by how slick the game play felt. satisfying and balanced loop where Weaponry allowed for multiple strategies and play styles.

HenryG was quick to point out that Riot Games wasn’t looming over his shoulder and vetting his words. His take is solely based on personal opinion, which coming from someone with a competitive FPS background, bodes well for Project A. He lauds Project A as the best game he’s played since CS:GO.

While tempering expectations this far ahead of release is wise, the news is highly encouraging. There’s little doubt that Riot Games wants Project A to become a dominant entry in the FPS genre. Dethroning CS:GO is no small feat, but early impressions suggest Project A seemingly has what it takes to do just that.