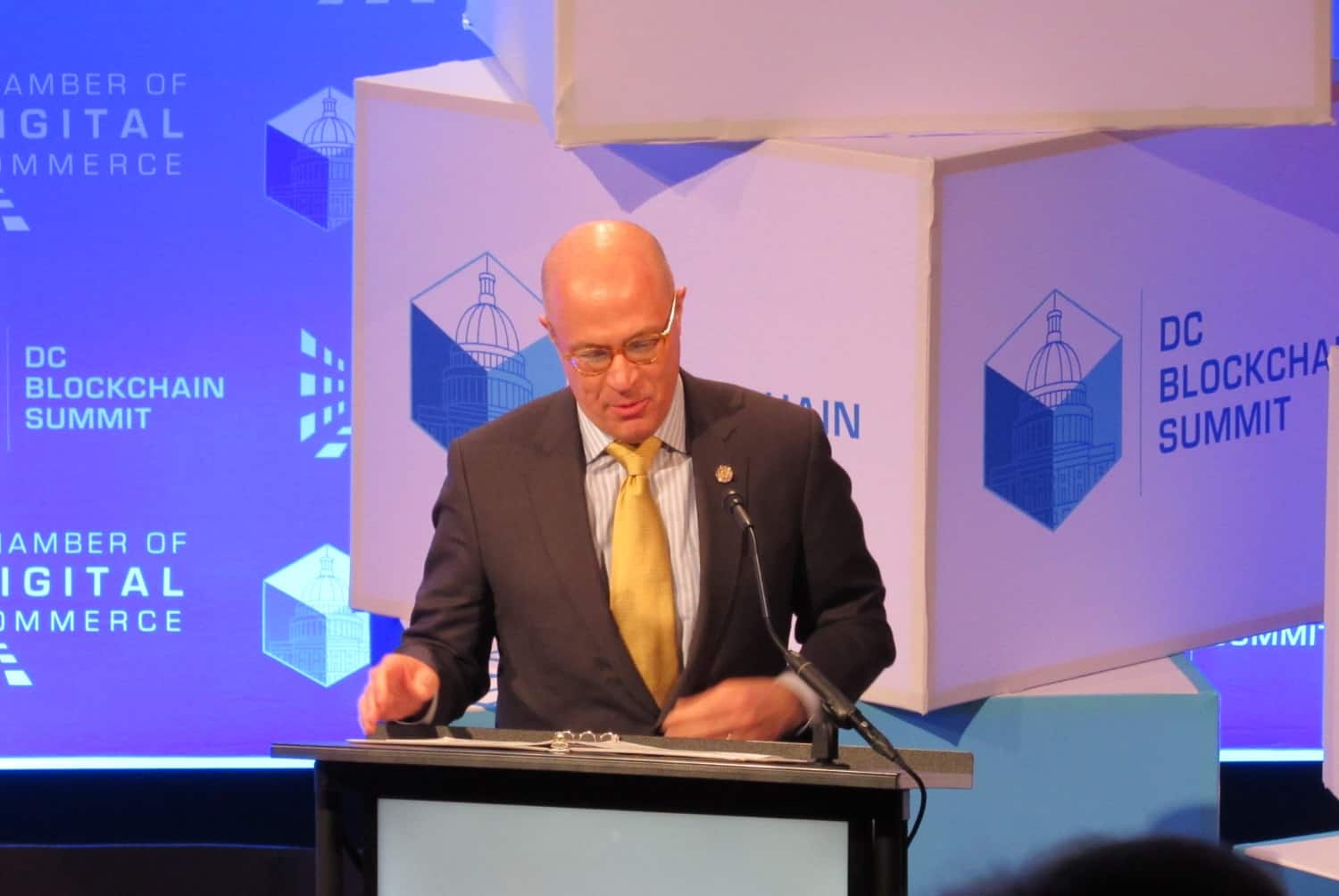 In this video from WEF 2020, former Commodity Futures Trading Commission Chairman J. Christopher Giancarlo, also known as “Crypto Dad,” discusses his push to digitize the U.S. dollar and the future of global currencies.

“We believe that the dollar usage in the global economy is underserved by serving as a continual analog instrument in a digital world,” he said. “We’re going to think through how to create a digital dollar that serves well into this coming digital century.”

Ultimately, Giancarlo feels governmental currencies will come together with corporate cryptocurrencies and, presumably, open-source communities like bitcoin and ethereum. Government crypto, said Giancarlo, might try to intrude on privacy, something that blockchain can prevent.

“We think in a digital dollar people could see their information being more secure, not less.”

How Payswap Can Confuse Blockchain Analysts, Benefiting Bitcoin Privacy for All

What Can Cryptocurrency Do for Poker in the US?