0Shares
Contents hide
1 In brief: When you are involved in as many endeavors as someone like Elon Musk, it’s good to have a hobby or some other sort of distraction to help keep you sane. For Musk, one of those hobbies is apparently music production.
2 Related Reads

In brief: When you are involved in as many endeavors as someone like Elon Musk, it’s good to have a hobby or some other sort of distraction to help keep you sane. For Musk, one of those hobbies is apparently music production.

The serial entrepreneur on Friday dropped a music track on SoundCloud titled, “Don’t Doubt ur Vibe.” The accompanying artwork depicts what appears to be a Tesla Cybertruck floating past Mars, no doubt paying homage to the Tesla Roadster that accomplished this very feat back in late 2018. 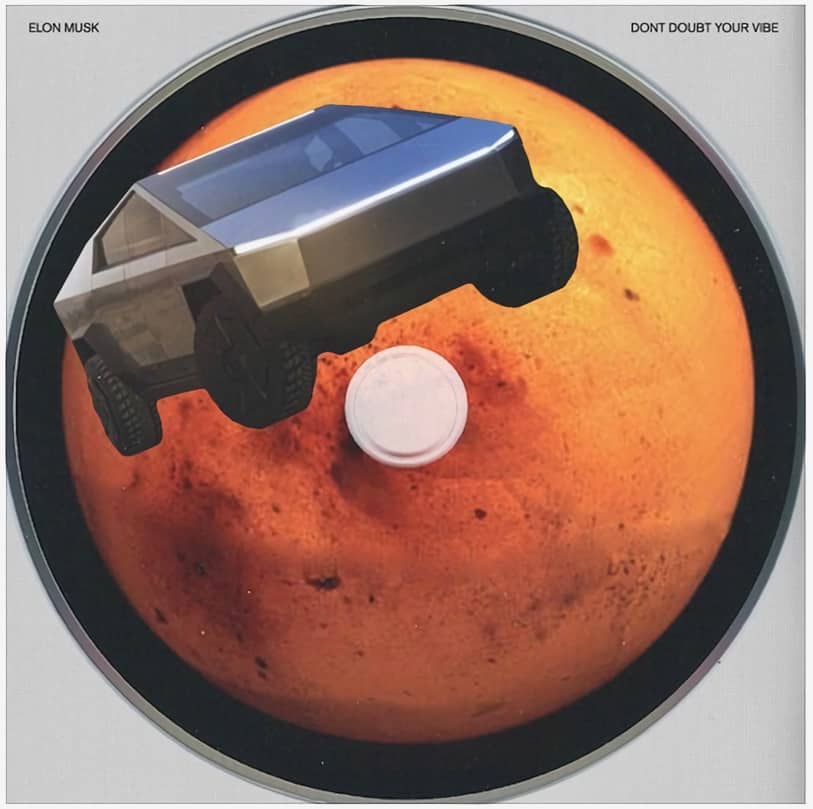 I’m not sure what that arcade-style button in the center represents, however. Any ideas?

Musk, as you may know, is dating musician Grimes which could explain his interest in music creation. It’s also plausible that she produced the song, hence why it has all the trappings of a professional EDM track.

Musk even shared a couple of photos of him at the mixers although it is unclear if he is actually doing anything more than posing. Also, what are those N64 controllers for? Is there a retro gaming fan in the house or are they somehow involved in the creation of music?

Let us know your thoughts in the comments section below, and whether or not you think the track is at all decent.