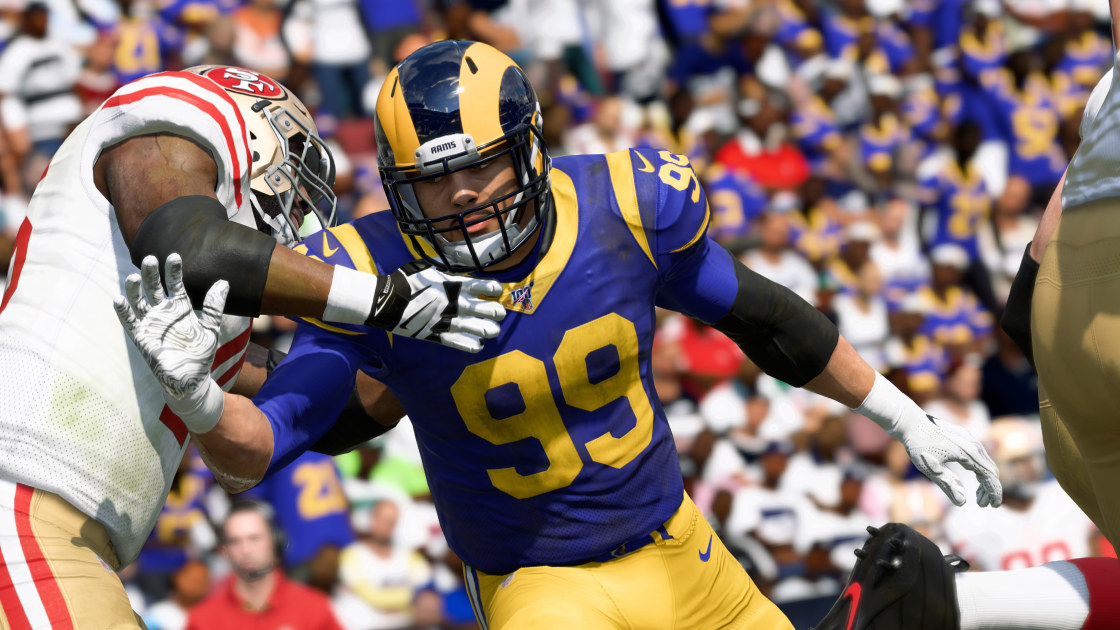 EA didn’t say what that would involve, exactly, but as the NFLPA was also a party to the deal, it could make the games more player- and fan-friendly. “We have a shared vision to expand the fanbase of football through interactivity, and we’re thrilled to continue our strong partnership with EA Sports to bring this to life in more ways than ever,” said the NFLPA’s executive director DeMaurice Smith.

Other than in the game itself, the Madden series won’t have any competition for years to come. The NFL recently revived a partnership with 2K, which produces other official sports titles for the NBA, WWE and PGA Tour (and also produced the NFL 2K franchise from 1999 to 2004.). However, 2K doesn’t have the right to produce simulation games — it can only develop arcade-style and other types of games à la NBA 2K Playgrounds 2.

The old agreement was scheduled to expire in 2022, but both parties obviously decided to ink a new deal sooner rather than later. The renewal agreement went to a vote yesterday, but the parties had already agreed to terms ahead of time, a spokesperson told Polygon. The deal includes a provision for a one-year extension, but financial and other terms were not disclosed.