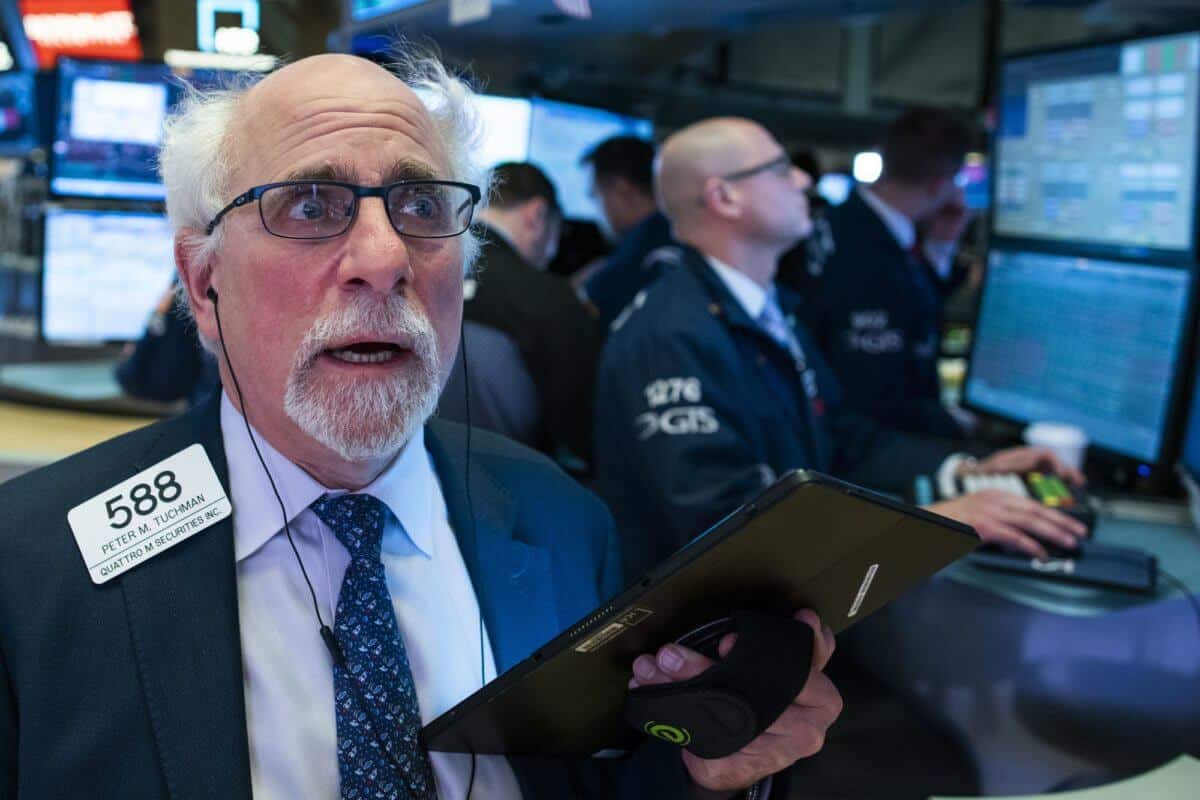 Dow futures dropped more than 100 points on Monday. The downturn happened after Apple noted that it would not be able to hit its revenue guidance due to the impact of the coronavirus. The move lower came in thin liquidity as the stock market was closed to observe the Presidents Day holiday.

All three of the U.S. stock market futures indices dropped after the Apple bombshell. The Nasdaq led the way with a 0.9% drop. The Dow Jones and S&P 500 futures were stronger, but both dropped around 0.4%

Marking the risk-off move, the price of gold rallied 0.2% while the safe-haven Japanese yen also gained .

Apple’s shock revenue update arrived in the afternoon after Dow futures had been trending sideways in snooze mode for most of the day.

Noting the substantial impact of the coronavirus, the $1.4 trillion tech giant indicated that things in China are not going as well as they hoped. The following excerpt likely moved stock market futures,

We are experiencing a slower return to normal conditions than we had anticipated. As a result, we do not expect to meet the revenue guidance we provided for the March quarter due to two main factors.

Wall Street has looked extremely complacent to the risks of a significant slowdown in the global economy despite plenty of visual and statistical evidence to the contrary.

The Baltic Dry Index (a popular indicator of trade activity) has collapsed, nations have cut GDP forecasts, and airlines have either changed routes or stopped flying to China entirely.

Additional bad news was seen on Monday, as a groundbreaking report from the Chinese CDC found that infections among medical staff were double the reported statistics. The analysis also struck at those downplaying the danger of the coronavirus, as it is fatal to 49% of patients once they reach critical condition.

For many bearish commentators, Apple’s release and the subsequent dip in Dow futures have looked inevitable once reality set in for a liquidity-rich stock market.

Bulls have been enjoying stimulus from the Federal Reserve and emergency levels of support from China’s PBoC. This has helped to shield equity markets from the health crisis in the world’s second-largest economy and beyond.

Looking into more detail at Apple’s explanation for the change in guidance, the note explained,

In addition to this, and perhaps much more concerning, is the fact that demand, in general, is fragile. While Apple acknowledges its stores have opened, the lack of foot traffic is a problem, as the guidance states,

Demand for our products within China has been affected. All of our stores in China and many of our partner stores have been closed. Additionally, stores that are open have been operating at reduced hours and with very low customer traffic.

Such an ominous drop in demand has now made it inevitable that other companies will also have to adjust guidance. Tesla recently acknowledged the risks that the coronavirus poses to their business as well.

The impact on Dow and Nasdaq futures was so noticeable because Apple (NASDAQ: AAPL) has made up a considerable portion of the stock market’s recent rally.

One of the top performers in the Dow Jones this year (+11%) and newly minted as its most heavily weighted stock, investors have been singing Apple’s praises for months. It seems now, however, that even the world’s most valuable company is not immune to the impact of the coronavirus.

The Dow Jones Is Now Facing A Rough Week

Dow bulls have endured their first major taste of what the next few weeks of trading might have in store for them. And with record highs in all three of the major stock market indices last month, the potential for a meaningful reversal just increased substantially.