Don't mistake this cheap Switch lookalike for the real thing

Facepalm: The Nintendo Switch is one of the many products to see its manufacturing impacted by Covid-19. Combined with a surge in demand for the hybrid console, getting your hands on one remains difficult. This has led to opportunistic firms releasing inferior clones such as the PowKiddy X2, which doesn’t even play Switch games.

As reported by Nintendo Life, the Chinese-made X2 is designed to resemble the Switch. It features an ARM Cortex-A7 quad-core processor that reaches 1.3 GHz, while the resolution on the 7-inch screen is just 1,024 x 600, lower than Nintendo’s 1,280 x 720. It also uses a 3,000 mAh battery—the Switch features a 4,310mAh component—and you get a TF card to expand the 32GB of storage.

The PowKiddy X2 can connect to a TV using its HDMI-out port—there’s no dock. And although it looks like a Switch, you don’t get any removable joycons, so mulitplayer gaming on a television involves connecting some PlayStation-style controllers to the device via its two USB ports. In what can only be put down to some bad translation, this is described as “EXTERNAL DOUBLE HANDLE: Three people fight. Meet a small friend and recall your childhood and enjoy a journey to the dark.” It’s unlikely the writer understood how bad ‘journeying into the dark with a small friend’ sounds. 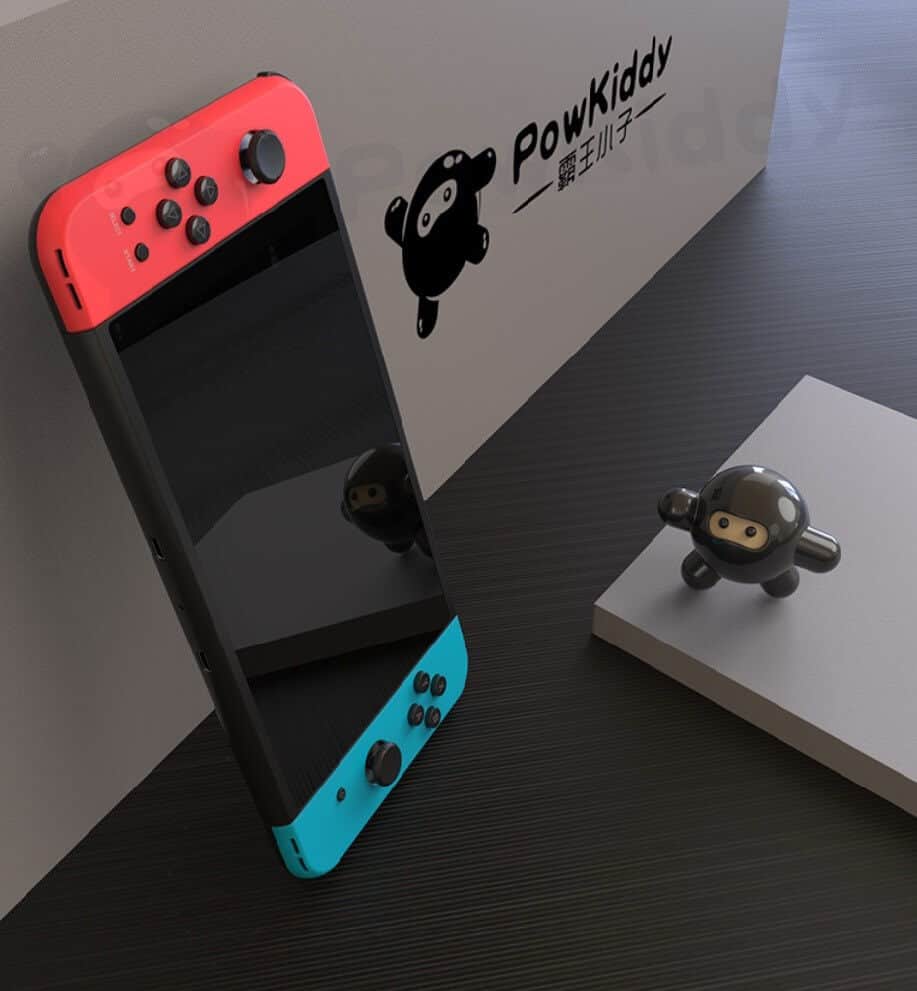 The PowKiddy X2, aka Please Don’t Sue Us, Nintendo

Less tech-savvy parents who mistake the PowKiddy X2 for the genuine article will have some disappointed children. As is the case with other knock offs, this one doesn’t actually play Switch games. Instead, it comes with a series of emulators that replicate 11 retro systems, including the Game Boy, Game Boy Advance, Game Gear, SNK Neo Geo, Capcom’s CPS arcade system, NES / Famicom, SNES, Mega Drive, and the Sony PlayStation.

If you are a fan of older titles, emulation, and risking $80 on something that could be utter garbage, you can buy the PowKiddy X2 from Aliexpress.

Back in December, an even more shameless imitator called the Nanica Smitch, which came with Mario on the box, went on sale. It also didn’t use cartridges, featuring instead 800 pre-installed titles, all of which were almost certainly illegal ROMs of NES games.