As the nascent crypto industry keeps growing, many commentators and analysts keep asking: does Ethereum have a future? Many developments are happening within the Ethereum space. Most of these developments help in accelerating the rate of adoption of Ethereum. Thus, Ethereum has a great future that might propel the ETH price higher.

Almost five years ago on July 30, 2015, the world’s first general-purpose blockchain network went live. Referred to as Ethereum, this platform was the first of its kind comprising of a Turing. A Turing is a complete virtual machine and native programming language that can deploy code of any algorithmic complexity.

Ethereum was the first blockchain project to install fully-functional smart-contract technology. This technology enables people to enter into agreements without the need for third parties to act as witnesses.

“Before ethereum, developers had to design and write extremely complex software. Ethereum introduced a generic programmable layer that abstracted this whole process and enabled developers to build decentralized applications by only writing their applications’ core logic.”

The blockchain uses a consensus mechanism known as Proof-of-Work (PoW) but the developers are changing it due to scalability issues. Users can create new tokens known as ERC-20 tokens. All these features and characteristics play an integral role in the Ethereum Future scenario.

Contents hide
1 The Ethereum Future
2 Does Ethereum Have A Future With Its Scalability Issues?

Ethereum is already onto a new cryptocurrency winning phenomena; Decentralized Finance (DeFi). The most exciting bit about DeFi is the crypto lending capability where users stash their cryptocash in a blockchain system and then get paid some interest on it in a ‘risk-free’ manner.

This part of DeFi is a new form of market. Anybody can join the space and everyone is invited. It does not have anti-money laundering or know your customer hurdles and lags. DeFi is on the move and the Ethereum transaction fees are also moving. Block size is jumping to new all-time highs which attract more users to the Ethereum space.

Use case equals value and the new hit use case for Ethereum is expected to drive prices up. In the medium term, the question of does Ethereum have a future is answered.

Does Ethereum Have A Future With Its Scalability Issues?

Ethereum is shifting from Proof-of-Work (PoW) to Proof-of-Stake (PoS). In the PoS system, miners do not compete to solve puzzles simultaneously but they instead work one by one. The miners are selected randomly although they must ‘stake’ some Ether to have a probability of being selected. 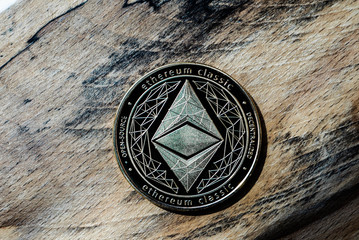 The Plasma project was also introduced to address Ethereum’s scalability challenges. Plasma is a protocol that will enable the Ethereum blockchain to eliminate the need to process nonessential data. It will achieve that by creating a second layer on top of the main blockchain. It can still process smart contracts but post them to the blockchain after they are completed.

This strategy reduces the amount of computational power the blockchain requires to confirm transactions, in turn, saving lots of memory. Plasma speeds up transaction times enabling the network to host dApps without slowing the system down.

Sharding, Ethereum 2.0, and Raiden are the other developments that will help in solving scalability problems in the Ethereum network. Hence, with more of these developments coming up, the issue of does Ethereum have a future seems resolved since more participants keep joining the space.