Daisy is a tiny $29 computer for building custom musical instruments

The tiny Arduino-like board features two channels of line level audio, MIDI connectivity, 64MB of SDRAM and a built-in micro USB port. According to Electrosmith, it boasts a latency of under 1ms, which is eye-wateringly fast, and it supports a host of programming languages, including C++, Arduino, Max/MSP and Pure Data — the latter two of which are popular go-tos for building audio processors. 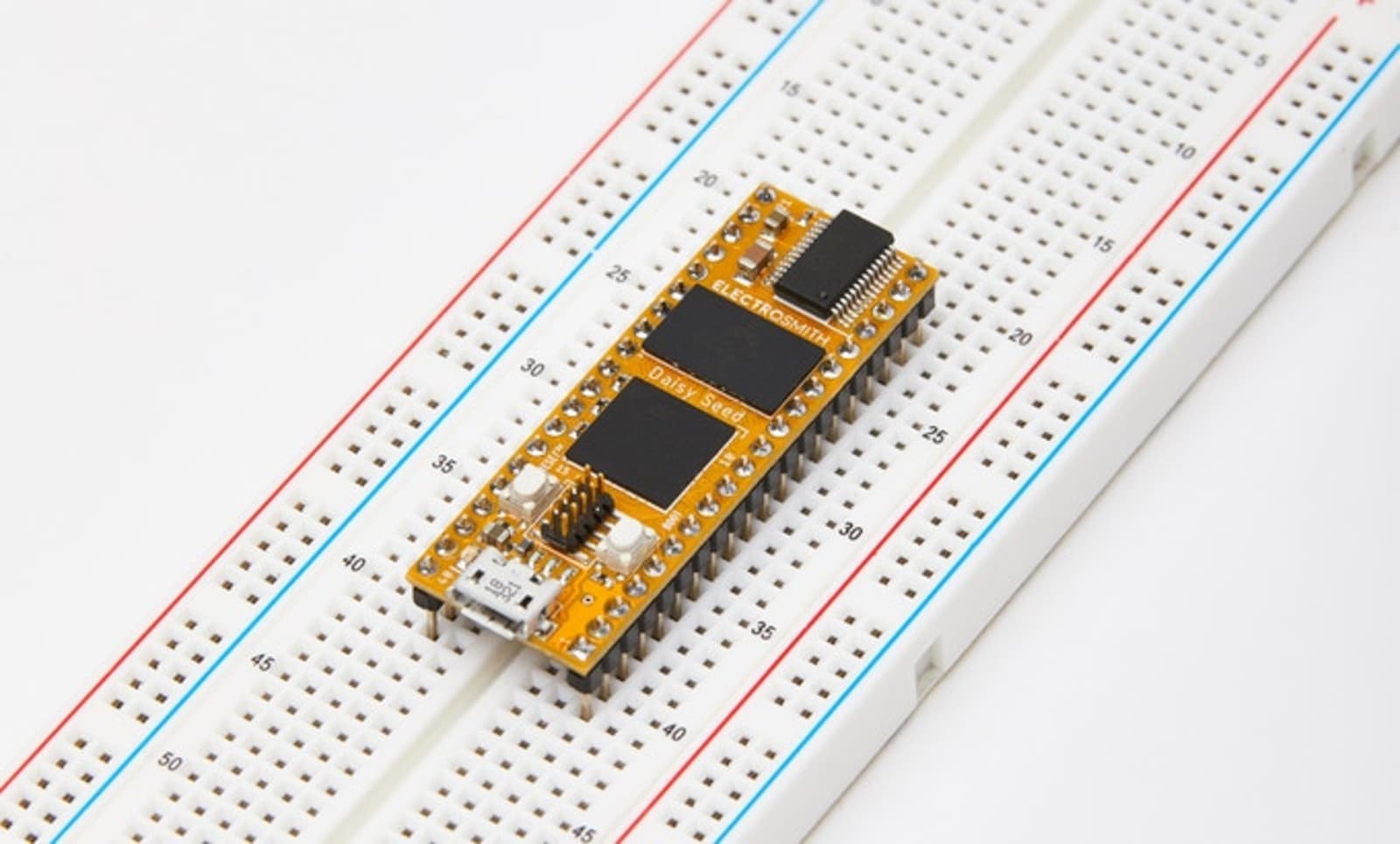 The tiny, feature packed board is currently available on Kickstarter (which is already well past its initial funding goal) for an extremely reasonable $29, although higher pledges will also net you one of the four Daisy-powered devices Electrosmith has created to help music makers get started. These include a breakout board (the Daisy Pod), a guitar pedal (Daisy Petal), a Eurorack module (Daisy Patch) and a desktop synth (Daisy Field). Or you can get the whole bundle as a “Garden” pledge for $999.

Obviously Daisy’s main purpose is music creation, but Electrosmith is keen to position the board as a STEM learning tool as well, noting in its Kickstarter blurb its applications in computer science, maths and engineering — so it’s likely to be as popular with kids as it is DIY music enthusiasts. The all or nothing Kickstarter campaign runs until March 26th, with shipments expected in April.