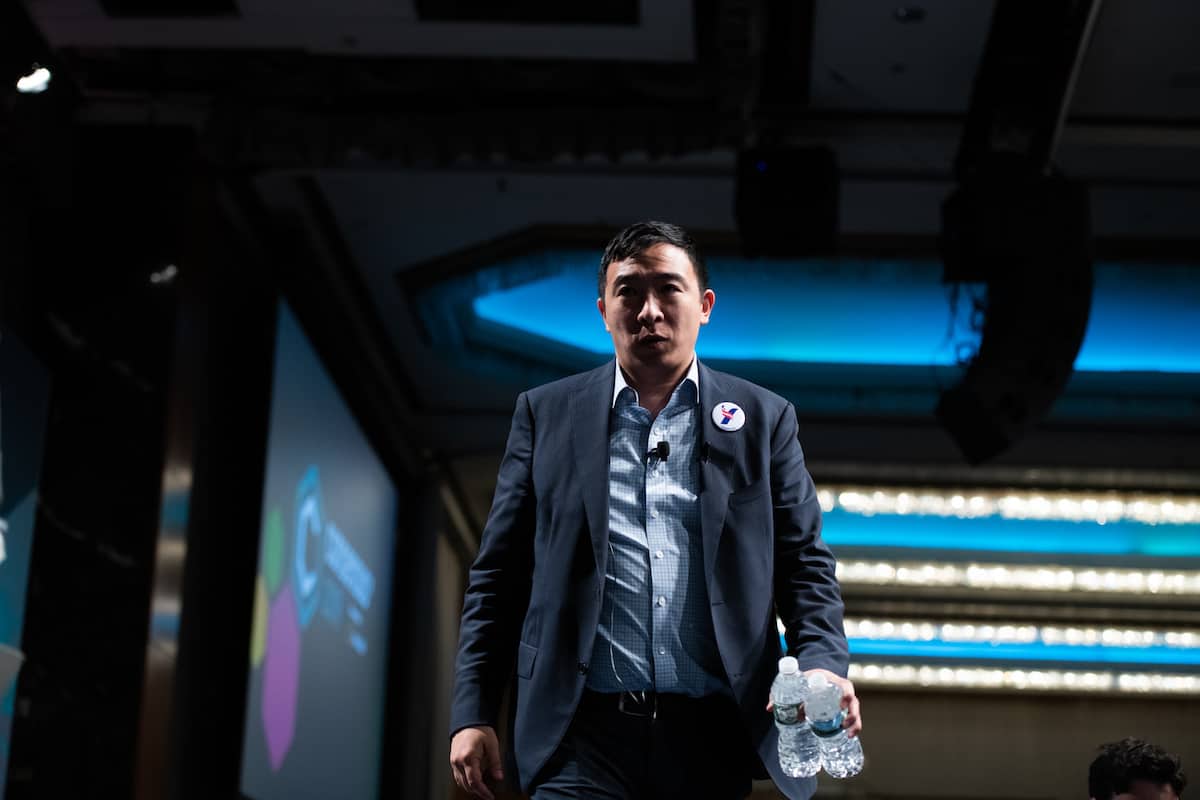 Democratic presidential candidate Andrew Yang has withdrawn from the election following a dismal showing in the New Hampshire primary Tuesday.

Yang entered the race in November 2017, centering his campaign around his signature “universal basic income” proposal, which would provide a $1,000 per month income to American adult. However, as a candidate, he also created policy positions around the crypto and broader technology spaces.

In particular, he advocated for a comprehensive national approach to blockchain and crypto, rather than a “hodgepodge” of state and uncertain federal regulations.

“I think it’s unfair to folks and I think it’s a clear emblem of the U.S.’s approach, and [customers] ask ‘what the heck,'” he said at CoinDesk’s Consensus 2019. “It’s one thing that they [regulators] come down when there’s clear guidelines [but there aren’t in crypto]. So the regulators owe us some degree, owe the community some degree of clarity.”

His campaign drew a large amount of support on social media, with many crypto proponents joining his #YangGang over the past two years.

“It is clear tonight from the numbers that we are not going to win this race,” he said in his announcement.