Crypto scams are seemingly on the rise as the entire crypto space enters a bull cycle. Many proponents think the bull cycle will enable cryptos to break into the mainstream market. Bitcoin exploded above the psychological $20,000 zone and set a new all-time high around $24,210 on December 19.

As the flagship crypto gained, it pulled the whole cryptocurrency sector up with it. In the heat of the moment, as more individuals and institutions join the nascent market, scammers have not been left behind. 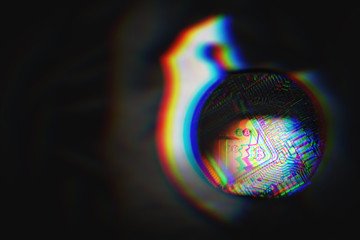 Reports from the past week revealed that the decentralized finance (DeFi) protocol, Warp Finance, suffered a flash loan attack. This particular loan attack resulted in major losses amounting to around $8 million in digital assets.

DeFi Prime reported on December 17 that an attacker made away with $1 million – $8 million. The losses follow a series of flash loans that analysts believe have managed to exploit weak points in the Warp Finance protocol.

“We are investigating irregular stablecoin loans taken out in the last hour, we recommend that you do not deposit anymore stablecoins until we have clarity on the irregularities.”

“Please help me. This is the first time that I use DeFi. I have invested 40000 Dai in total. This money is all my savings. I can’t live without it.”

Since the discovery of the crypto scam, White hat hackers have been investigating the transactions that resulted in that breach. Emiliano Bonassi, Marqet Exchange co-founder, has also reviewed the matter and commented:

“This is the second attack which uses multiple flash liquidity, flash swaps via Uniswap and flash loans via dYdX.”

The crypto scams are also affecting exchanges. In that context, a major crypto exchange, Exmo, lost around 5% of its total assets as a result of a hacking attack. The United Kingdom-based cryptocurrency exchange suffered a significant security breach that pushed the platform to freeze all withdrawals.

Exmo detected some suspicious withdrawal activity, according to a December 21 security notice. Large amounts of the major coins including Bitcoin (BTC) were leaving the exchange’s hot wallets.

The head of business development at Exmo crypto exchange, Maria Stankevich, told reporters that the incident is ‘nothing very serious.’ Maria added that the affected hot wallets make up 5% of the total assets held by the platform. The announcement says:

“Let us stress that all the assets in the cold wallets are safe.”

Crypto scams usually target different coins to increase chances of success. Based on the announcement, other cryptos were affected by the hack. They included Tether (USDT), Zcash (ZEC), Ether (ETH), XRP, and Ethereum Classic (ETC). Exmo published the correspondent crypto wallets that might have been involved in the latest hack. The exchange urged global exchanges to block the associated wallets.

For now, Maria says that the exchange is still calculating the amount of losses, alleging that Exmo is now focused on tracking the movement of the withdrawn funds. The crypto exchange launched a security investigation and reported this incident to the London Police.

The firm urged users to not deposit any funds to Exmo wallets until this incident is resolved. The company stated:

“We want to assure you that if any user fund is affected by this incident, it will be covered completely by Exmo.”

Earlier this month, Exmo acquired a temporary registration from the United Kingdom’s Financial Conduct Authority enabling it to continue with its trading activities until July 9, 2021.

When Bitcoin Became a Legal Tender in El Salvador!