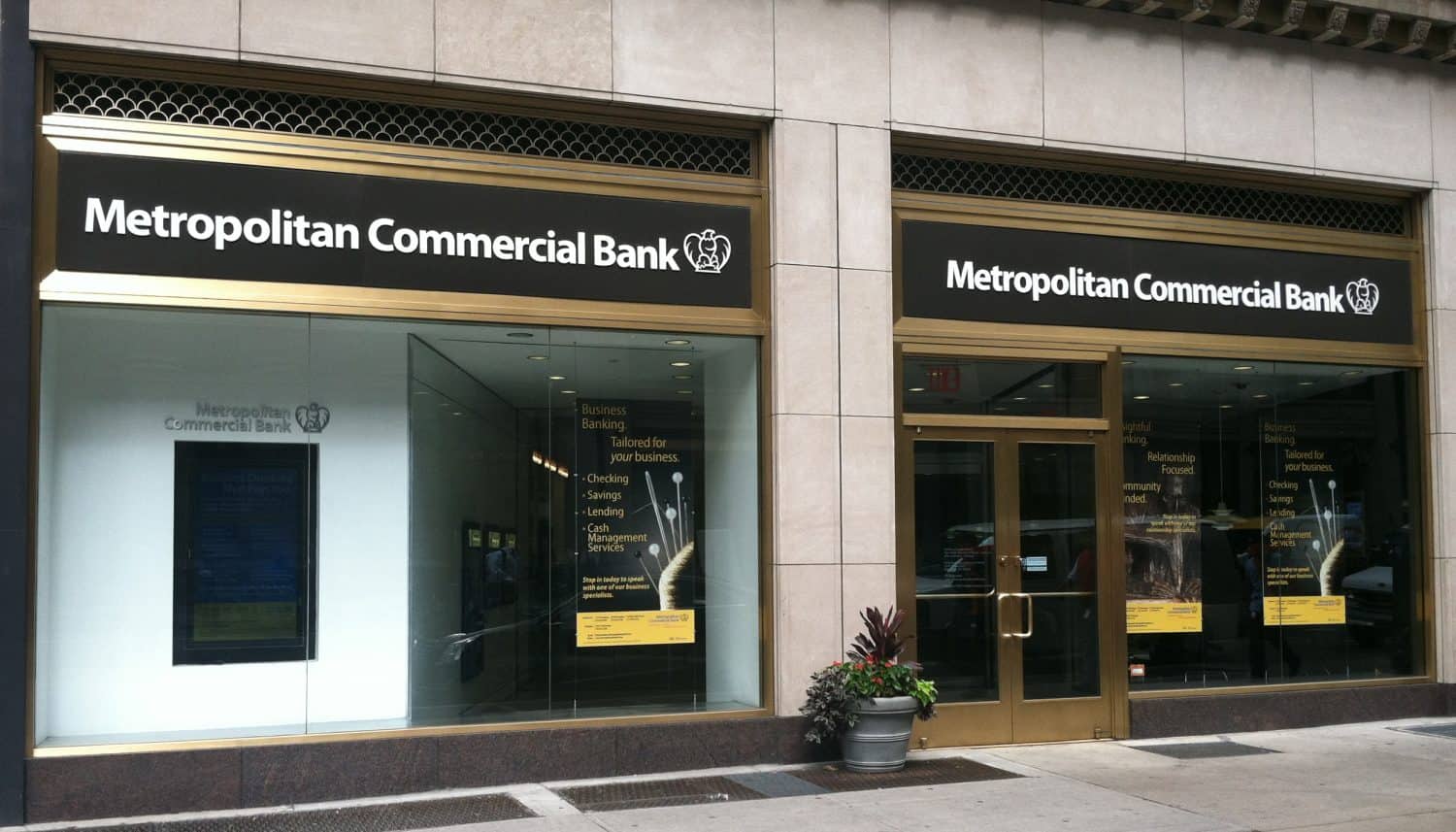 Metropolitan Commercial Bank’s deposits from digital currency businesses have steadily declined for more than a year, a sign competition is heating up in a field where the bank was once one of the only games in town.

Over the course of 2018, the New York-based lender’s deposits from the industry shrank by 52 percent, to $104 million on Dec. 31, according to an investor presentation the bank put out last week. Digital currency clients accounted for 4 percent of the bank’s total deposits at year’s end, down from 13 percent a year earlier.

Metropolitan is one of a handful of banks that openly services the sector. In the presentation, the bank still advertises a diverse set of global payment clients including crypto payments processor Bitpay, crypto-asset platform Crypto.com, crypto exchange Coinbase and crypto brokerage Voyager. But the business is well off from its peak in the second quarter of 2018 when Metropolitan’s deposits from digital currency firms averaged $369 million.

While that decline may partly reflect the 2018-2019 crypto bear market, it also suggests the bank faces stiffer competition in a field where most financial institutions have historically feared to tread.

At Metropolitan’s rival Silvergate Bank, for example, crypto deposits declined at a slower rate, just 22 percent on a year-over-year basis, to $1.29 billion on Sept. 30, the most recent date for which figures are available. Over the same 12-month period, the La Jolla, Calif.-based bank’s crypto clientele increased by 273 firms to 756 in total, and they account for 70 percent of its $1.8 billion of deposits.

A few players have entered the market for banking crypto businesses in the last year, such as Massachusetts-based Provident Bank and Quontic in New York.

Rather than fight to retain deposits, Metropolitan was likely content to let some of this business go, said Christopher O’Connell, a bank stock analyst at investment firm Keefe, Bruyette & Woods.

“As more [bank] competitors get into the space, some of the overall fee rates that they can charge have changed,” O’Connell said. “Since they have a solid [deposit] pipeline … the bank may not want to pay for a larger portion of this business.”

Revenue from digital currency customers has steadily hovered around 1 percent of Metropolitan’s total ever since foreign exchange conversion and cash management fees from the sector spiked in Q4 2017 and Q1 2018, said O’Connell. That period coincided with the peak of the last crypto bull market.

Metropolitan declined to comment.  In its fourth-quarter earnings release, the bank pointed to a decrease in fees from digital currency customers when explaining why non-interest income had decreased by $1.5 million for the full year compared to 2018.

0Shares
BankingbusinessMetropolitan BankNewsSilvergate Bank
Previous PostCold Storage and Bearer Bonds: How to Print an SLP Token Paper Wallet Next PostQuick Notes: Navi Refresh and RDNA2 Both In 2020, According to AMD