According to a statement published on the Poloniex website, users have a grace period extending up to 12:00 ET on October 25 to close out trades and withdraw balances in the affected digital assets.

In line with Poloniex delisting processes, the announcement states that the platform would ensure that users suffer as little pain or loss as possible, when coins are delisted from trading markets due to a variety of possible reasons.

The statement also specifies that during an incidence of wallet unavailability, the grace period may be extended, and the platform may contact affected asset holders by email. If a blockchain network becomes inactive, the customer’s funds will be held in cold storage pending the time the network comes back online. Regardless of what the problem is, customer are assured their cases will be handled on a case-by-case basis.

According to Poloniex, once the grace period expires at 12:00 ET on October 25, all withdrawals in the affected assets will be immediately disabled, and the asset will be fully decommissioned from the Poloniex platform, after which it will become impossible for the platform to process any further withdrawals in the delisted coins.
To this end, users with the affected tokens in their exchange wallets on Poloniex are encouraged to withdraw their funds before the withdrawal deadline.

It will be recalled that earlier in the year, Bitcoin Dark experienced a sudden price jump of more than 277 percent in what was a suspected pump-and-dump scheme for the cryptocurrency that has been in existence since 2014. As Poloniex was responsible for an estimated 97 percent of the token’s total trading volume, suspicion arose that the platform was effectively being used to manipulate crypto markets.

The delisting of Bitcoin Dark draws a firm line under the saga and indicates that Poloniex has a decidedly dim view of such activities. 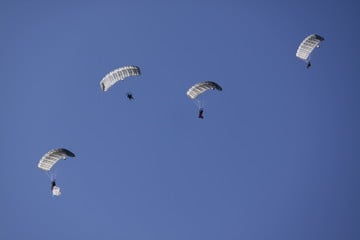