What just happened? Amazon’s video game ambitions don’t stop with its New World MMO. The company has been working with developer Relentless Studios on “Crucible,” a third-person, hero-based sci-fi PvP shooter, behind the scenes for quite some time now. The game finally hit the market today for North American players, and it’s completely free-to-play.

In Amazon’s own words, Crucible is a “team-based action shooter” that’s allegedly driven by the choices its players make. That might be a bit of a generous description, from the hands-on reports we’ve read, but it certainly appears to offer a few interesting twists on the typical hero shooter formula.

For starters, the environments appear to be much more open than what you might find in a game like Overwatch, which goes hand-in-hand with Crucible’s many acrobatic hero abilities. Some characters can teleport, others can grapple across large chasms, and still others perform fiery forward leaps to get from point A to point B. 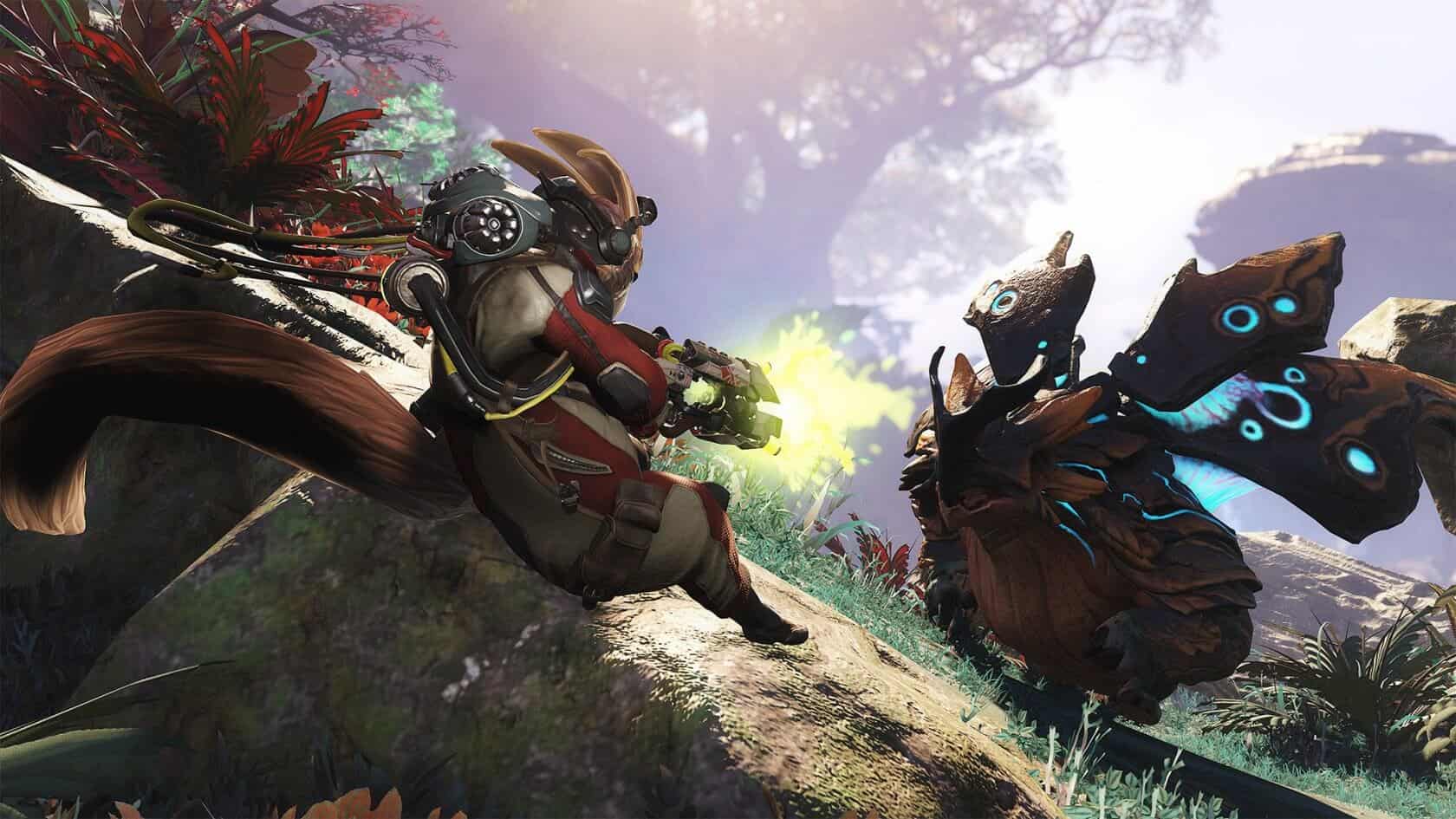 There are 10 playable “Hunters” in total, and they’re remarkably varied from a design standpoint. There’s the cute, robotic support hero known as “Bugg” and a slightly less cute fox creature known as Tosca, described by Amazon as an “angry evil genius.”

As we touched on before, each Hunter has their own unique abilities and weapons; and not just for movement. Heroes can throw up smoke screens to hinder enemy visibility, shield and heal their allies, or knock enemies and projectiles back using their weapon-mounted auxiliary vents. You choose your character’s ability load-out (mostly composed of passive buffs) before the match begins, and then progressively unlock them as you level up mid-battle. 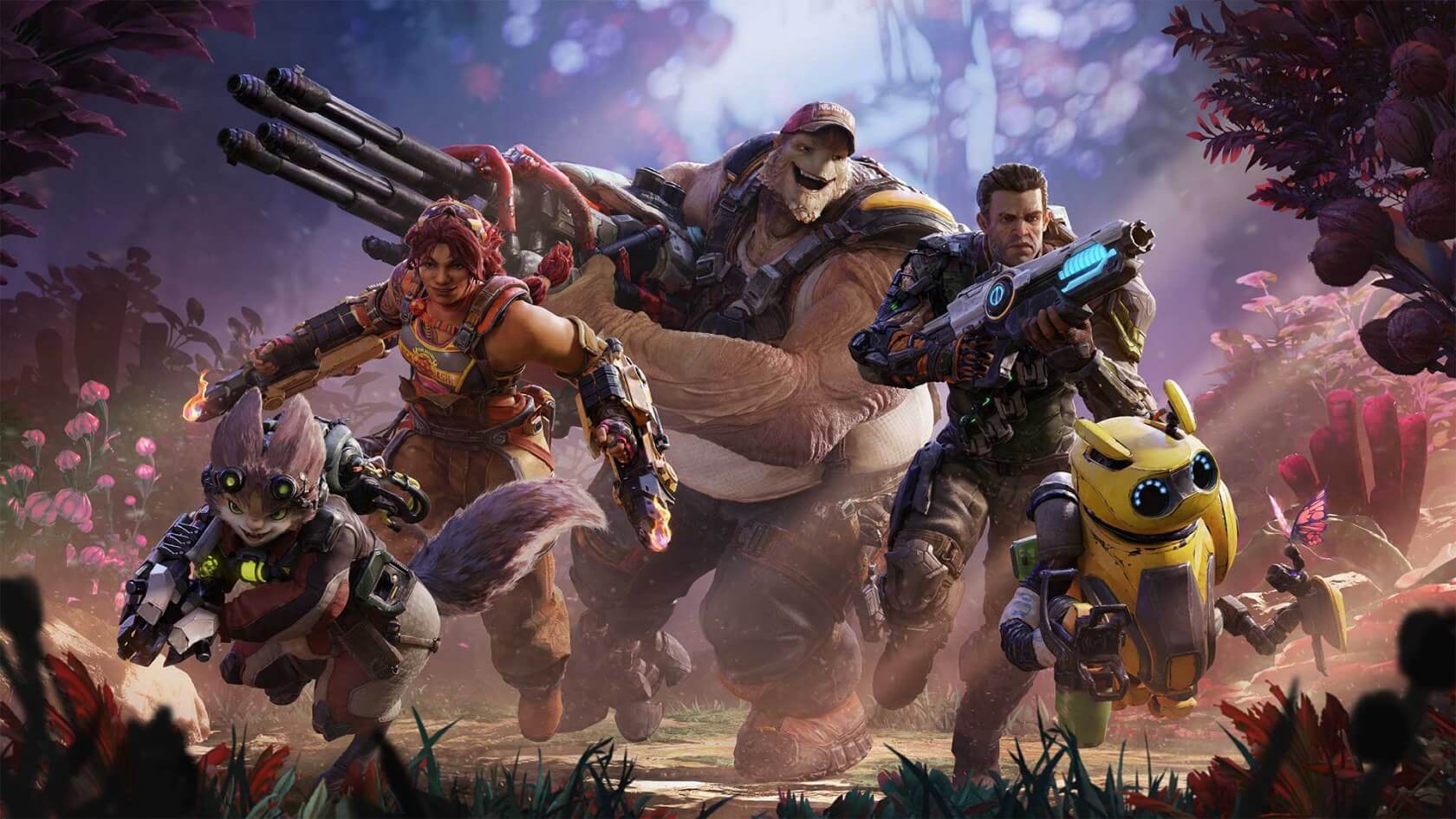 Crucible boasts three main game modes, including Heart of the Hives, Alpha Hunters, and Harvester Command. Heart of the Hives requires players to defeat “lethal drone-spitting terrors” that spawn across the battlefield. Once these “Hives” are killed, they’ll drop their hearts, and your team needs to snag three hearts to win.

Alpha Hunters is a more hardcore battle royale-like mode where eight teams of two are pitted against each other in a last-man-standing brawl. The twist here comes from this mode’s unique alliance mechanic — if you and another player have both lost their initial teammate, you can band together and take on the remaining teams. However, Amazon says that this “temporary truce” will be forcibly broken if both players make it to the final three survivors. 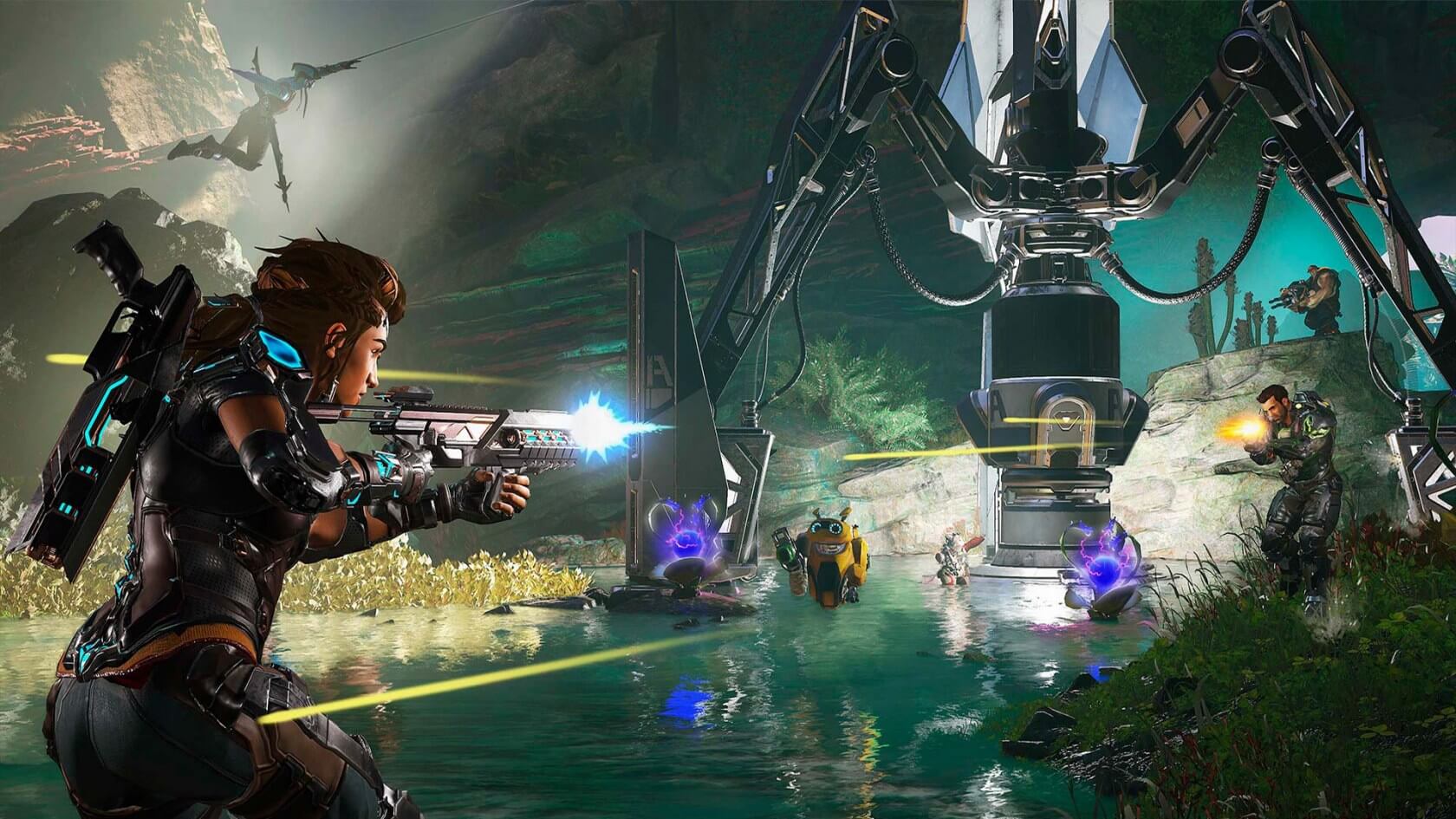 The final mode is called “Harvester Command,” which sounds like a pretty standard 8v8 control point mode. Your goal is to capture and hold a majority of the “essence harvesters” dotted around the map. Over time, these harvesters accrue points for your team. The team that hits 100 points first wins the match.

All in all, Crucible sounds like a pretty entertaining third-person shooter. It might not be bringing any completely fresh ideas to the table, but so as long as it’s relatively fun and well-made, we see no reason it can’t exist alongside the greats like Overwatch or Team Fortress 2. For a time, anyway.

If you’d like to give the game a go, it’s available now on Steam.