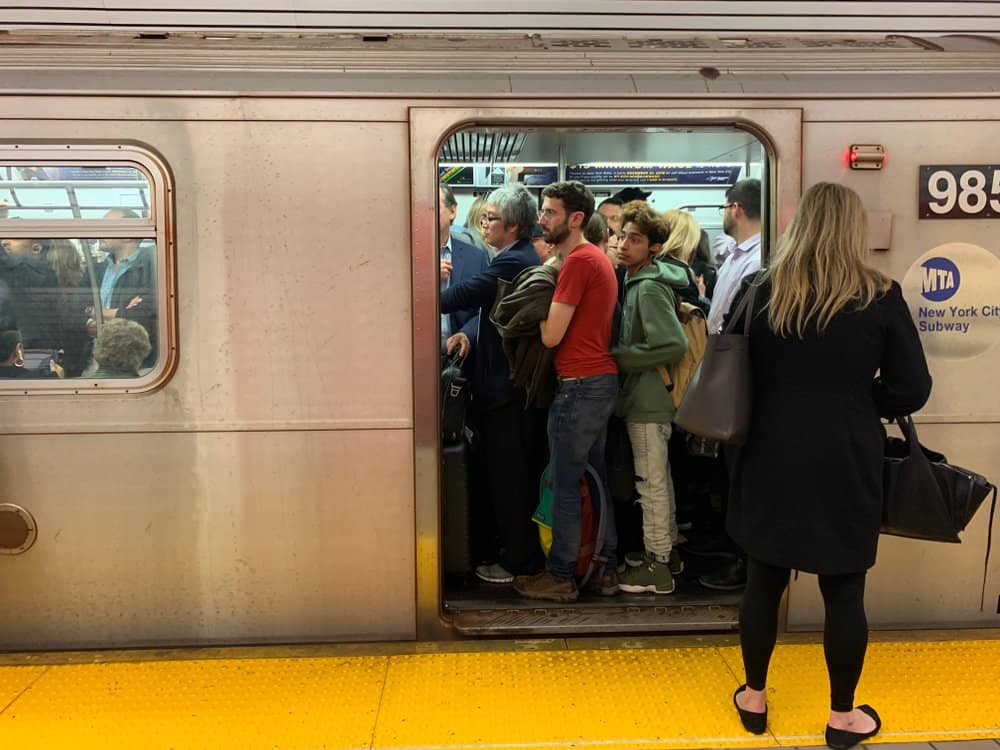 California announced its first COVID-19 death on Wednesday. On the same day, Los Angeles County declared a state of emergency in response to the coronavirus. Mayor Eric Garcetti announced,

I have signed a declaration of local emergency for the City of Los Angeles. While there are only a few known active COVID-19 cases in the region, the declaration helps us access state and federal funding to strengthen and support our efforts to prepare our region and keep our communities safe.

While the coronavirus has been gaining a foothold on the west coast, New Yorkers might soon be even more at-risk.

Contents hide
1 New York Is More Conducive to Coronavirus Spread Than Los Angeles
2 When Will New York Declare a State of Emergency?

Los Angeles has long been criticized for being a commuter city. People often complain that everyone is so spread out, you can’t walk anywhere, and the traffic is horrible. While these criticisms are all true, they might be a blessing in disguise.

For a virus that spreads from close contact, LA’s isolating traits could promote containment. The city’s population density is about 7,544 people per square mile. While that is by no means rural, it’s not even in the top 10 for U.S. cities.

New Yorkers, meanwhile, will have to grapple with 26,403 people per square mile. That’s nearly four times the amount of coughs and sneezes they’ll have to avoid in the same amount of space.

On top of that, a vast majority of people in Los Angeles get around in the isolation of their cars. New Yorkers, meanwhile, are generally stuffed together on public transit.

When Will New York Declare a State of Emergency?

New York announced its first coronavirus case this past weekend. They still have yet to declare a state of emergency officially. But that’s not to say they’re standing pat.

The Metropolitan Transportation Authority (MTA) announced that they would be disinfecting everything from train cars to MetroCard machines.

But much of the risk will still be determined by human behavior. Dr. Robyn R. M. Gershon, professor of epidemiology at New York University’s School of Global Public Health, told the New York Times:

People have to start being really considerate and not going out and about when they are infected with anything, whether it’s the flu or coronavirus.

The CDC recommends washing your hands for 20 seconds, avoiding contact with sick people, and staying home if you feel unwell. Regardless of which cities are hit the hardest, everyone will have to do their part to help contain the coronavirus outbreak. New Yorkers might just have to work a little harder.