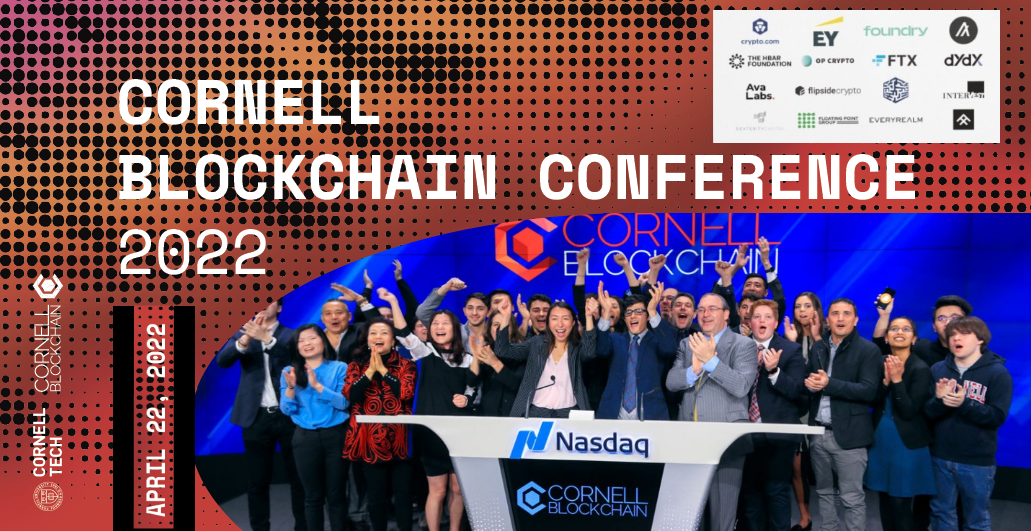 This year’s agenda is split into four parts: DeFi, NFTs, Regulation, and Institutions, which all have a large role to play in “Web3 Going Mainstream.”

There is no university blockchain club better to host this event than Cornell’s. In 2019, Cornell Blockchain Club hosted their first annual Blockchain conference which was deemed a success after 250+ attendees came to hear Emin Gun Sirer (Founder/CEO of Ava Labs), Sam Cassatt (CSO at Consensys), Kathleen Breitman (Co-Founder of Tezos) and many more speak. In fact, it was such a success that the members got to ring the Nasdaq bell.

Additionally, Cornell University has an extensive history with the development of Web3. Founded in 2017, Cornell Blockchain Club was the nation’s first official university blockchain club. Since then, Cornell was named #1 University in the world for Crypto Education in 2019 by Coinbase, has created a semester-long undergraduate class with over 130 students, and has cultivated project teams who have done things like creating a Uniswap Arbitrage Bot and conducting research for the Web3 Foundation.

Cornell Blockchain Club hopes to you bridge the gap at “Web3 Going Mainstream.” Follow along and stay updated here: cornellblockconference.com