China Construction Bank (CCB) has announced that it has decided to pull away from a $3 billion digital program on a blockchain. The Chinese lender developed cold feet just a day before a market breakthrough, amid a clampdown that is being initiated on tech firms and all their financial innovations. The bank is the second-biggest lender in the world.

CCB notified the Labuan regulator about the decision to suspend the $3 billion digital bond programme, according to Fusang Exchange. Fusang is a Malaysian digital securities exchange that was meant to list the ERC-20 bond for trading. The withdrawal happened barely two weeks after the original announcement dominated the mainstream headlines. 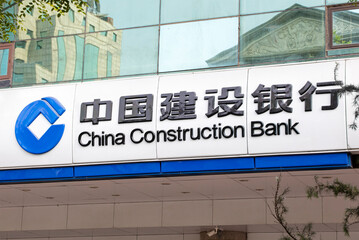 The lender’s proposed digital bonds were shunned just before going live at noon on November 13 on Fusang’s virtual platform. Fusang has an operating license from the Malaysian offshore financial authority in Labuan. Almost US$58 million worth of certificates of deposit were issued on the first offering.

Fusang said that the Labuan branch of the China Construction Bank together with the Longbond Ltd issuer had notified the platform about that withdrawal with immediate effect.

For now, Fusang has started refunding all investor funds without an explanation as to why the sponsor and the issuer withdrew abruptly.

The reports from this listing indicated that the security would have matured in February 2021. It would have also paid investors a yearly rate of 0.7%,  which translates to Libor plus 50 basis points. That rate is higher than returns on the fixed deposit rate as established in a November 11 official statement.

“The exchange has accepted this decision and is announcing the suspension of the listing with immediate effect. The exchange shall ensure an orderly withdrawal of all related listing processes and procedures, and has initiated the return of all investors’ funds.”

The withdrawal by China Construction Bank resembles the issues faced by Ant Group; when its record-breaking initial public offering (IPO) was stopped 48 hours before the stock’s scheduled November 5 debut.

Ant Group abandoned the IPO due to a significant change in its business environment. Since then, the company has refunded all the US$3 trillion to retail investors who had already applied for its shares in Hong Kong and Shanghai. 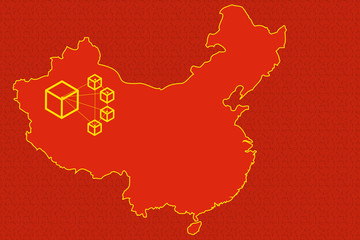 CCB has already issued an official statement to the Labuan Financial Services Authority detailing the cancellation. Since China’s central bank, the People’s Bank of China (PBoC) is rolling out its sovereign digital currency, dubbed the digital yuan, speculations came up.

The digital bonds announced by China Construction Bank can be acquired and traded using US dollars and bitcoin. But, the bonds seem to undermine the efforts by China to safeguard its currency sovereignty. An analyst at China Renaissance working in Hong Kong, Jacky Zuo, said:

“If a retail investor could use bitcoin or other cryptocurrencies to trade such digital bonds backed by a Chinese bank, there may not be a welcoming stance from the policymakers’ perspective. This could be seen as challenging the digital yuan.”

China highlighted that four million transactions valued at around 2 billion yuan (US$299 million) have already been made using the digital yuan. The transactions were made in a trial in the four Chinese cities of Suzhou, Chengdu, Shenzhen, and Xiong’an.

If the smaller banks decide to replicate CCB’s move to fund their liabilities via the digital bond program, worries about investor protection may arise. Fears may come due to the extensive history of losses and hacks associated with cryptos and bitcoin.

“Policymakers are worried about fintech risks, and they have been overall cautious towards the innovation of late.”

Currently, it is not clear whether CCB had got official consent for their issuance. Fusang quickly insisted that nothing was wrong in the handling of the program. Henry Chong, the chief executive said:

“While we are disappointed that this listing has been suspended, there were no legal, regulatory, operational, or technical issues with the Fusang platform, or the IPO process and filing. The overwhelming response has been a fantastic validation of the digital issuance and listing process that we have created.”

China Construction Bank did not say whether it will take on this deal later in the future.

Will Celebrities and Athletes Bring About Further Bitcoin Adoption?