0Shares
Contents hide
1 Something to look forward to: After a lengthy delay and months of silence, the gears of Cyberpunk 2077’s marketing machine are finally starting to turn once more. Over the past few weeks, we’ve seen several pieces of special edition Cyberpunk merchandise hit the market — including branded hard drives — and now, developer CD Projekt Red has unveiled a mystery event scheduled for next month.
2 Related Reads

Something to look forward to: After a lengthy delay and months of silence, the gears of Cyberpunk 2077’s marketing machine are finally starting to turn once more. Over the past few weeks, we’ve seen several pieces of special edition Cyberpunk merchandise hit the market — including branded hard drives — and now, developer CD Projekt Red has unveiled a mystery event scheduled for next month.

The event, simply called “Night City Wire,” (Night City is the fictional setting of Cyberpunk 2077), will take place on June 11, which is roughly the same date that E3 2020 normally gets underway. This event announcement comes via a simple tweet from the official Cyberpunk 2077 Twitter account, which contained a Night City Wire image and a message advising users to “GET READY!”.

The tweet was accompanied by a TV emoticon, which likely references a livestream of some sort. Given the name of the event, we wouldn’t be surprised if whatever CD Projekt Red plans to show comes in the form of a pseudo news show, but that’s just speculation on our part.

At any rate, it’s unclear what CD Projekt Red plans to reveal during Night City Wire, and the company doesn’t seem too keen on dispelling that cloud of mystery. However, CD Projekt Red’s global community lead, Marcin Momot, did say that “Stuff will be shown,” which makes a gameplay trailer of some sort quite likely. 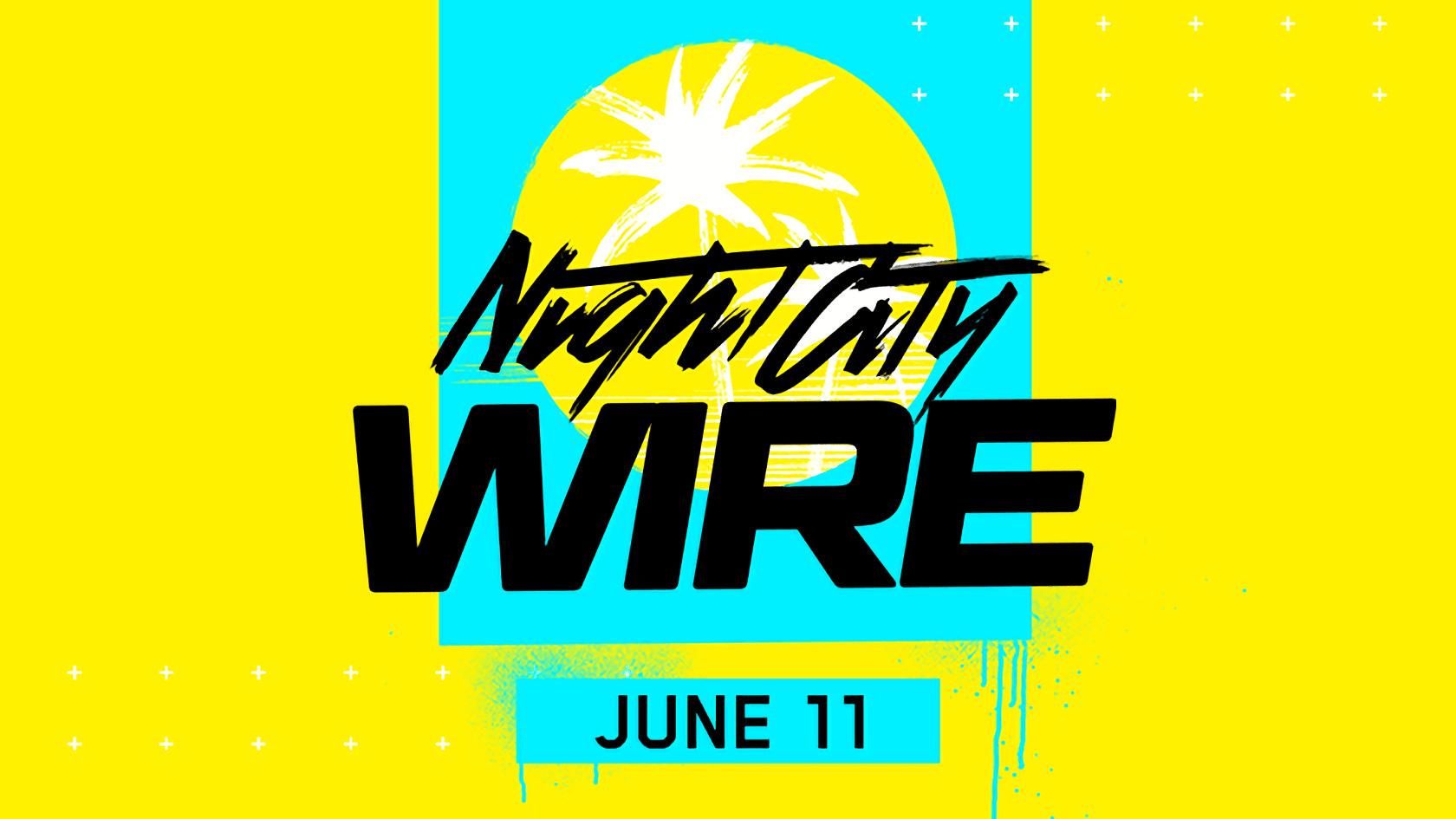 Many fans hope CD Projekt Red will show off a new section of Night City during the June 11 event.

So far, we’ve been shown a 48-minute glimpse of “Watson,” a run-down district containing a “unique mix” of Asian cultures, and a much briefer 15-minute look at Pacifica, an even more run down (and crime-ridden) district that was once intended to be a beachside paradise.

There are still four districts left for CD Projekt Red to tease (Heywood, Santo Domingo, City Center, and Westbrook), each with their own unique aesthetic and feel.

Personally, I hope they show off the “cluster of neon” that is City Center next (preferably at night): it’s the one district that promises to offer the quintessential Cyberpunk experience, with towering skyscrapers and advertisements galore.

For those who haven’t heard of Cyberpunk 2077 yet, it’s the next big AAA RPG from the developers of The Witcher 3. The open-world title will let players create a custom protagonist and explore what might be the densest city we’ve ever seen in a modern video game.

There will be an emphasis on story and choices, as well as vastly improved RPG elements (compared to The Witcher 3, which was barebones in this regard) and plenty of cyberware to gear up with.

Cyberpunk 2077 is available for pre-order now on your platform of choice for $60. There’s also a $250 Collector’s Edition, but it’s sold out on most storefronts at the moment.