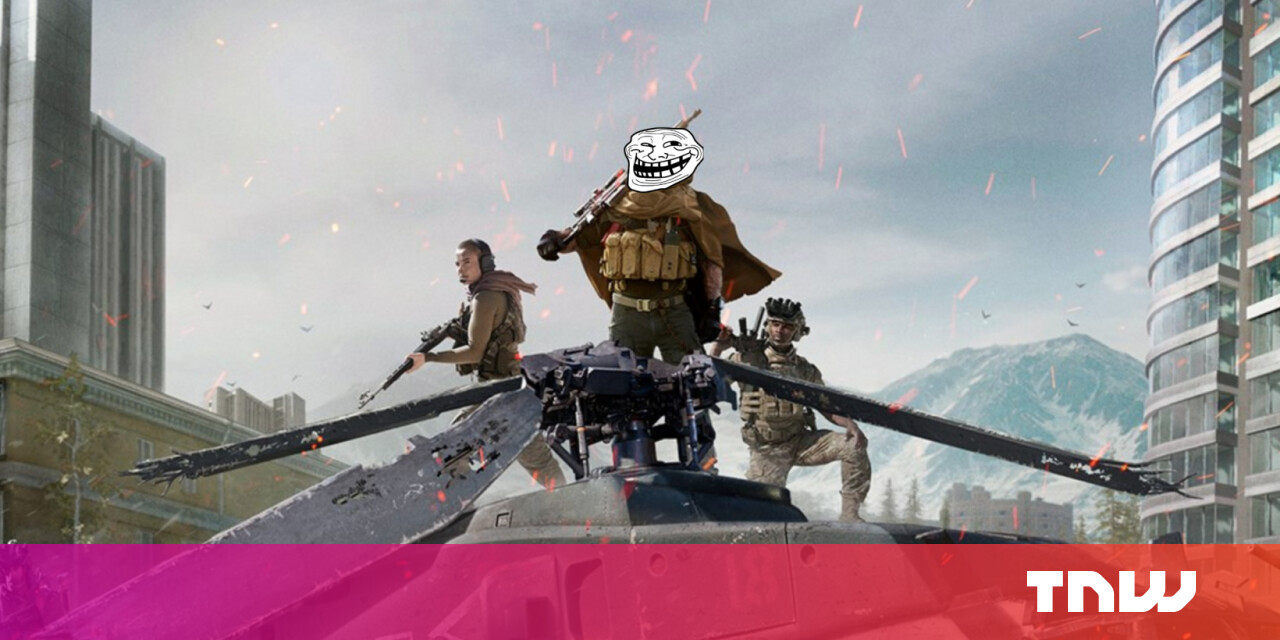 Warzone players have unearthed a new glitch to exploit in order to dunk on the poor bastards who dare to deploy in their vicinity.

Before the start of each game, players get spawned in a one-minute warm-up as the lobby fills up. It’s a good chance for anyone to practice their shooting without fear of dying, get familiar with the fictitious city of Verdansk where combat takes place, and try out some custom weapons they might not otherwise put in their main loadout.

At the end of this minute, everything is reset and players are dropped across Verdansk, but this time without the luxury of infinite respawns afforded during the warm-up.

They also lose access to the custom guns they were provided with during warm-up — or so things should be. But due to a bug, some witty players have found a way to keep those guns and use them to gain (sometimes unfair) advantage during actual deployment.

The worst bit? Well, streamers are doing too, so soon enough every Twitch-obsessed sweat (ahem, myself included) will also be doing it.

In a Warzone quad session with fellow Twitch residents Nickmercs, DougisRaw, and Symfuhny, streamer TimTheHatMan demonstrated the glitch in action. Check it out:

I tried it, too. It works. In fact, you can also drop your ammo if you’re quick enough.

Simply hold the inventory button (Tab on PC, no clue what it might be on controller) and drop whatever you want at the end of the warm-up. It’ll be there to pick up once the game starts, if you did it right.

If the inventory doesn’t show up during warm-up, don’t worry — it only becomes available at the very end, the last couple of seconds when the screen is already fading to black basically.

Now, I should warn those new to the game that not every weapon they can “transfer” from warm-up will be a good fit for deployment. Even though those guns were put together by Infinity Ward, not all of them are good builds — in fact, I’d argue some of them are utterly putrid, and straight-up designed to sabotage you (I mean, who the hell puts a sniper scope on a revolver).

So if you do decide to abuse this bug, you might as well do it the smart way: keep dying during warm-up until you’ve spawned with a decent weapon, then go hide in a forgotten place on the map as you await deployment. Collect the gun. Profit. You get the idea.

To those on the receiving end of the glitch, I’ve got some advice for you, too: if you see a player landing at a bizarrely isolated end of the map, assume they’ve been hiding a weapon, and try to get to it first — those are the sweet revenge moments I live for.

It’s not clear how long this glitch has been around, but one Redditor was able to exploit it as early as June 26. We’ve asked Call of Duty‘s developers, Infinity Ward, if they plan to roll out a fix, and we’ll update you with their thoughts if we hear back.

And if you’re looking for other ways to exploit the warm-up: I’ve heard that if you happen to be at the right place at the right time, you can pick up money before you’ve actually deployed.

Okay, I’m being intentionally vague, it’s actually really simple: if you happen to walk into a stack of cash right at the end of the warm-up, you get to keep that cash. The difficult part is to guess where cash will be spawned. It works, if you get lucky, though.

Let that anecdote serve as a reminder, kid: there’s nothing fair in this world.

Samsung: We're giving Galaxy A51 and A71 phones these flagship camera features

Coronavirus means no new emoji in 2021

Watch: US Navy shoots down a (fake) nuclear missile in space