The BTC/USD open interest has surged past $500 million as of April 9, according to data from the cryptocurrency analytics platform Skew. That has happened despite Bitcoin’s crash below $7,000 that occurred around the same time. 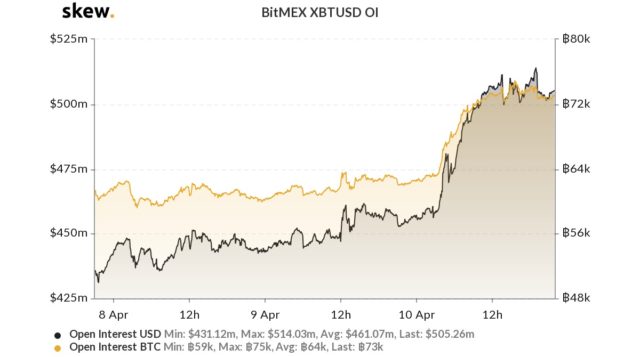 Before the steep rise, the open interest was just around $450 million. The open interest has increased by 100% since the year started, and the new level is now the highest in April. Rise at the moment may indicate that more investors are coming into the crypto market, particularly for Bitcoin, despite the currently unstable price.

Bitcoin started the year strongly before experiencing the major crash on March 12 following the stock markets. Although that crash sparked controversy at the time about the future of Bitcoin, the smart investors used it as a perfect opportunity to add the crypto asset to their portfolios.

At the end of March, Coinbase released a report highlighting that Bitcoin experienced high market activity within 48 hours of that massive crash. The activity came from mainly the retail investors who were buying from the panic sellers. 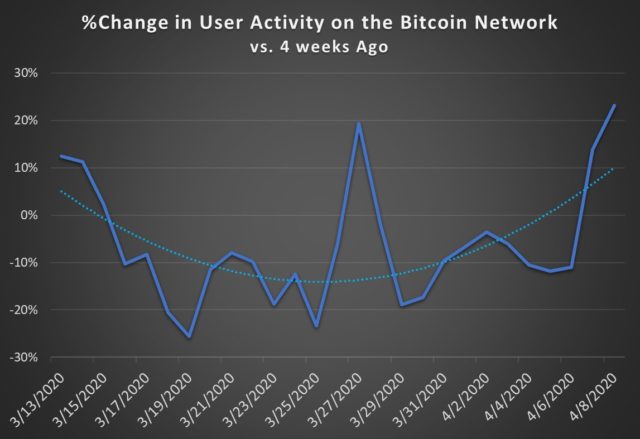 This rise may be directly responsible for the increased buying activity on the Bitcoin network at the time.

A Haven In Uncertainty

The increasing interest in Bitcoin is not surprising since investors are currently losing confidence in the stock market. The coronavirus pandemic has compromised the stocks making investors look for alternatives like Bitcoin, gold, and silver. 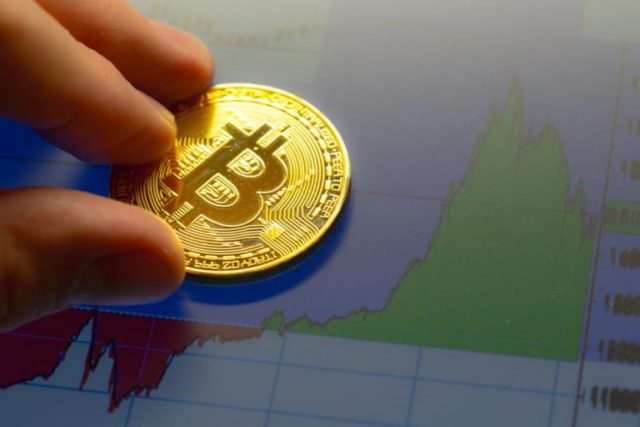 Robert Kiyosaki, an entrepreneur and author of the personal finance book “Rich Dad Poor Dad,” recently endorsed Bitcoin. He said that it is not government money. Instead, it is the people’s money since it is entirely decentralized. He has indicated some interest in investing in Bitcoin and encourages young investors to do the same.

The BTC halving event is about a month away. For now, the price is yet to show the bullish tendency that is historically associated with the past halvings. Proponents believe that the BTC price will eventually surge as more people rush to buy ahead of the halving.

Currently, the event continues to attract massive global interest based on the queries posted on the search engine Google. The interest in the keyword ‘Bitcoin halving’ on Google surged by almost 669% as the event gets closer.

From that data, the first notable spike in the ‘halving’ searches happened in the first week of March 2020 when the popularity score was around 64. In the second week, the popularity slightly plunged to 43 before it started an upward trajectory. In the third week of March, the searches increased by 30.2% to reach 56 before rising to 74 later.

Since the past year, interest in the bitcoin halving event has frequently been fluctuating. By projection, it is expected that the popularity will remain at a peak in the second week of April.

The Bitcoin halving event will reduce Bitcoin production by 50%. Therefore, reducing the supply and coupling it with the increasing interest being shown in the asset currently may push the BTC price higher as a result of scarcity and high demand. 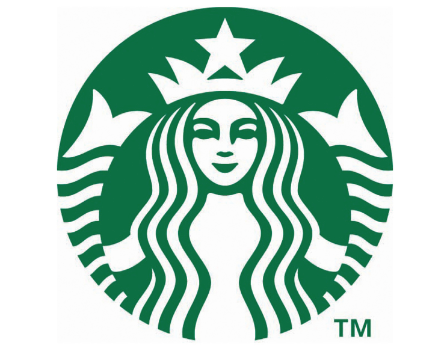 Dogecoin (DOGE) $ 0.060218
We use cookies to personalise content and ads, to provide social media features and to analyse our traffic. We also share information about your use of our site with our social media, advertising and analytics partners who may combine it with other information that you’ve provided to them or that they’ve collected from your use of their services.
Accept
Read more
Change Settings
Cookie Box Settings
Cookie Box Settings