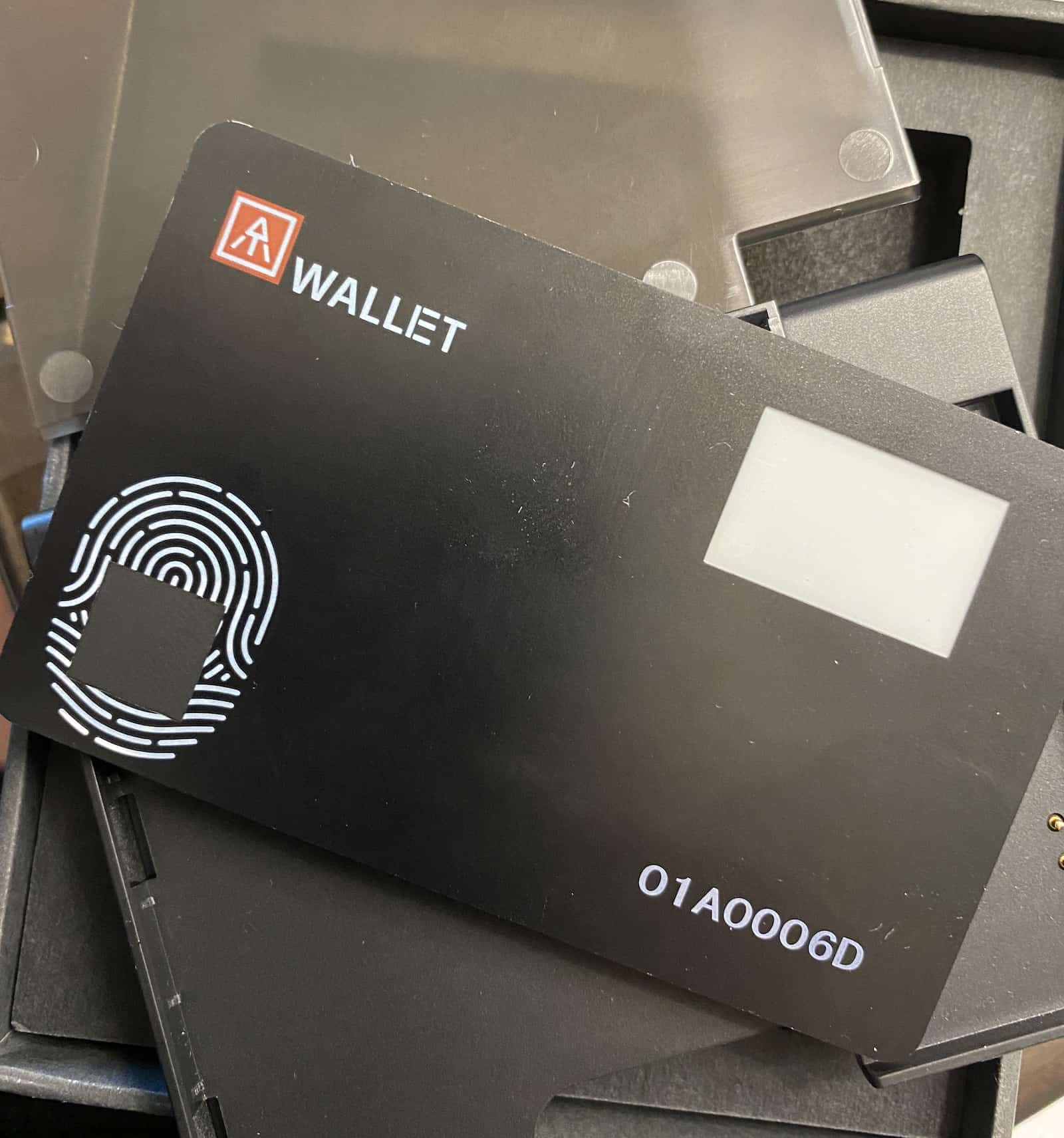 LAS VEGAS — A Taiwanese security company called AuthenTrend is trying something new in the ultraslim wallet world. Its first product? A cold wallet the size of two credit cards back to back that features an e-ink screen and fingerprint-based security.

The thin plastic wallet uses biometrics to temporarily unlock the device in order to display a QR code for deposits along with current crypto balances. The device comes with a USB “case” that allows a person to connect it to a computer as well as low-energy Bluetooth support for syncing with iOS and Android devices.

The device, called the AT.Wallet, will be available in the U.S. in February, said Vice President Zake Huang.

AuthenTrend makes devices for bank security and this is its first cold crypto wallet. The device holds private keys and includes a 24-word mnemonic recovery system. Huang said the company would support “bitcoin, bitcoin cash and ethereum” and can add other currencies such as ripple in the future. You can view wallet balances on the screen by pushing a button on the back of the device.

It’s difficult to test the security of this kind of wallet without tearing it apart but the “public” functions – namely the e-ink screen – are designed to offer as low an attack surface as possible. Without the app, the device can only display basic information about your wallet, including balance, and only when you activate the biometrics. The device is new and is currently being tested with customers, so you probably shouldn’t put your entire BTC hoard onto this thing.

Given its size and battery life, however, I suspect this might be a good “walking around” wallet for those who want to stick something into their real, physical wallet. Like Bobby Lee’s Ballet card, portability and usability are key here. The AT.Wallet still has a way to go – the app crashed multiple times on enrollment – but the form factor and biometrics make it a competitor to the EAL5+ security chip-powered D’CENT Biometric Wallet and the card-like CoolWallet S. The company is working on desktop versions of the software.

Huang didn’t offer pricing for the device and said the company is planning to sell it primarily on Amazon. We’ll update you on the device as it gets closer to launch.