ASRock has announced its latest ITX graphics card for small form factors, the Radeon RX 5500 XT Challenger ITX. This new mini-ITX card is based on AMD’s Navi 14 GPU and offers 8 GB of GDDR6 memory attached to a 128-bit bus, with the same core and memory clock speeds as a reference model. 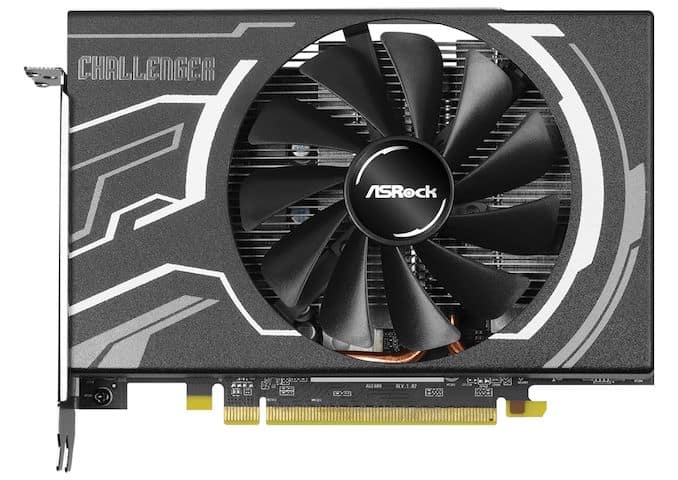 Focusing on the ASRock RX 5500 XT Challenger ITX 8G, it is very small for its power with dimensions of 190 x 139 x 42 mm, meaning that it is just under 7.5 inches in length. It features a single 10 cm cooling fan on its front, embedded in a white and silver dual-slot cooler, which is designed to direct hot air out of the rear of a chassis. The cooler on the ASRock RX 5500 XT Challenger ITX 8 G is actually longer than a reference model (7.5 vs 7.1 inches) but is still much smaller than most aftermarket designs from other vendors. 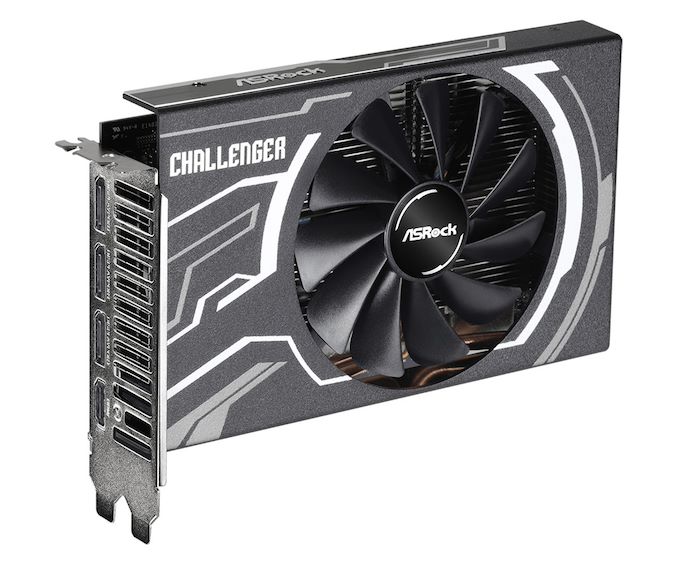 Physical size aside, the card is very similar in specifications to other 5500 XT cards on the market. The Challenger ITX ships with a base core clock of 1607 MHz and acn boosts up to 1845 MHz. Meanwhile the effective memory core clock speed of 14 Gbps. Unsurprisingly then, with its reference-like clocks, the card is targeted towards 1080p gaming.

As for display outputs, ASRock has outfitted the card a trio of DisplayPort 1.4 connectors as well as a single HDMI 2.0b port. Feeding the mini monster is a single 8-pin 12 V ATX PCIe power connector, which is more than sufficient to meet its 130 W TDP.

ASRock hasn’t announced when the Radeon RX 5500 XT Challenger 8G will be available at retailers, nor has it provided any information about its price.

Dogecoin (DOGE) $ 0.060498
We use cookies to personalise content and ads, to provide social media features and to analyse our traffic. We also share information about your use of our site with our social media, advertising and analytics partners who may combine it with other information that you’ve provided to them or that they’ve collected from your use of their services.
Accept
Read more
Change Settings
Cookie Box Settings
Cookie Box Settings