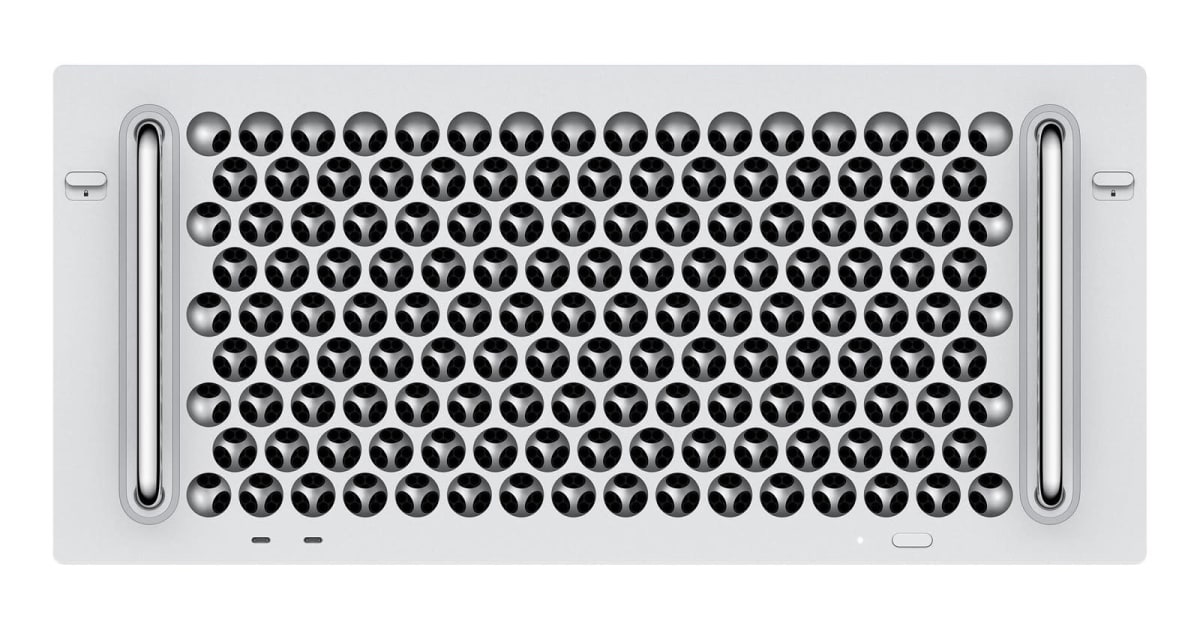 The system starts at $6,499, or $500 more than the standard tower. Like before, though, the price can quickly spiral upward depending on your needs. Max it out with a 28-core Xeon, 1.5TB of RAM, dual Radeon Pro Vega II Duo cards, 8TB of SSD storage, an Afterburner card and a Magic Mouse/Magic Trackpad combo and you’re going to pay over $54,000. You likely won’t pay nearly that much in practice (nearly half that maxed-out price comes from the RAM), but it’s an option for those pros who will spare no expense.

In some ways, this represents Apple’s pro efforts coming full circle. It stopped selling the Xserve rackmount back in January 2011, leaving Mac-inclined companies to use tower-based servers instead — and the cylindrical Mac Pro made that even harder. The rack version of the new Mac Pro isn’t a perfect replacement for the Xserve (it’s much thicker and doesn’t have front drive bays), but it could fill a conspicuous gap that has existed for nine years.