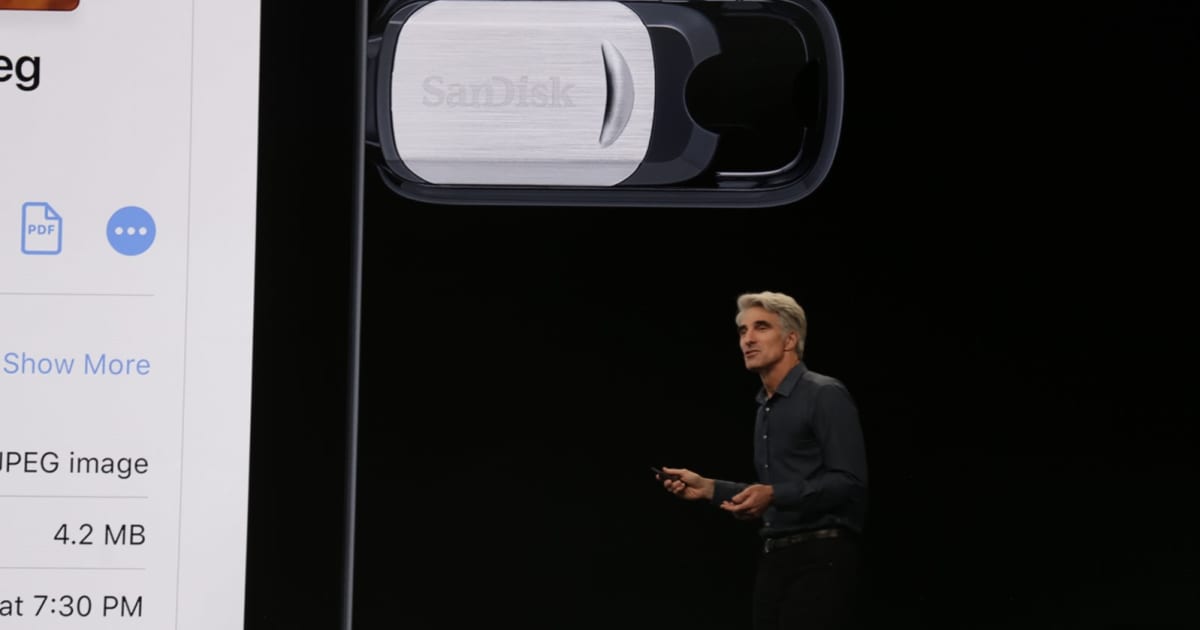 Craig Federighi, Apple’s SVP of software engineering, spent some time on stage extolling the virtues of a download manager for Safari, but little has been said so far about this revamped approach to file management. Not everyone will find it immediately useful, but the change should certainly come in handy for people tempted to use a device like the iPad Pro as their primary machine.

In iOS 11 and onward, iPad users could also use the Files app to manage their digital belongings in iCloud Drive and certain other cloud storage services, and they could also root around in folders created by apps like Apple’s Keynote and Numbers. Apple’s rationale made some sense at the time: By largely limiting file management on iPads to the cloud, they ensured that all of those files were easily accessible to other iOS devices.

All of that still works the way it always did, but devices like the recent iPad Pros were made available with lots of on-board storage space — up to 1TB, if you’re willing to shell out the cash. It always seemed odd that you couldn’t use that space to easily store your other files, but thankfully, Apple has fixed that problem.

Now you can create your folders on-device to better organize your files, and now that iPads have more fleshed-out support for external storage devices like USB thumb drives, you can easily migrate files onto the iPad for storage and later use. That change can also come in handy when you’re surfing the web on Safari. Starting with iPadOS, you can use the browser to actually download files; by default, they’re set to save in iCloud Drive, but you can set downloaded files to live in an easily accessible folder directly in the iPad’s storage. These are relatively basic computing tasks, but by adding them to iPadOS, Apple is tacitly acknowledging that iPads needed to take a few cues from traditional computers to make them more valuable work machines.

This might all sound like much ado about nothing, and that might be the case for many iPad users. Still, this relatively low-key change is just one of a handful of updates to the way iPadOS handles files; there’s also a macOS-like column view that makes digging into file trees easier, plus newly added support for zipping and unzipping files directly on iPads. Taken as a whole, these seemingly subtle updates have the potential to make iPads more viable laptop replacements — especially when you also consider that iPadOS also has native mouse support.