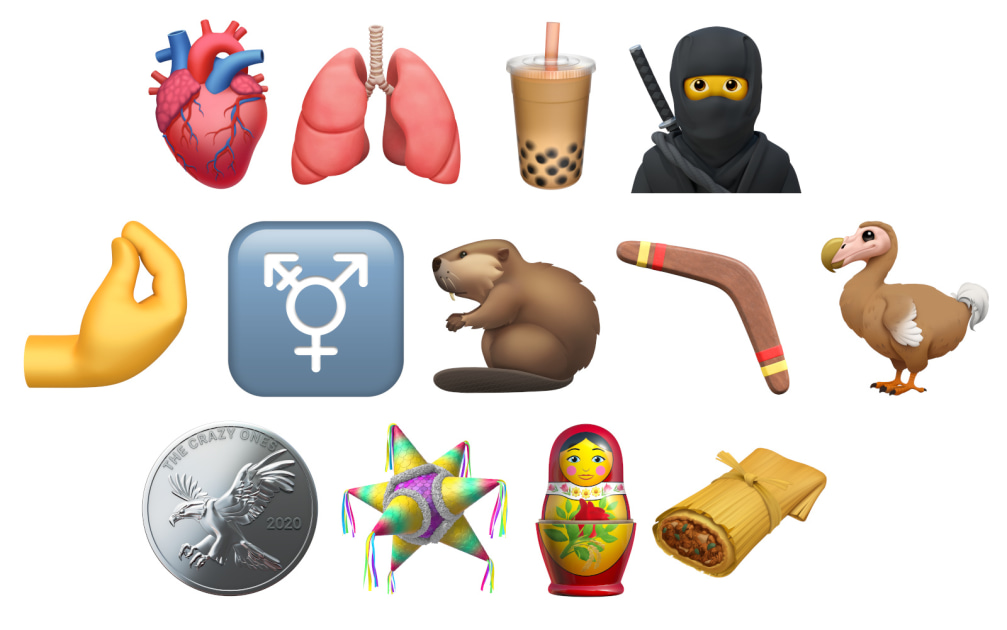 Starting later this year, iOS users can tell their friends with a single emoji that they feel like badass ninjas while wearing face masks. Apple has revealed (via Engadget Japanese) 13 new emoji coming to its mobile platform, all of which were part of the selection Unicode Consortium approved back in January. The consortium showed what the newly approved emoji were back then, but tech giants usually put their own spin on the graphics to give them a distinct look for their platforms.

Aside from the ninja emoji, the set includes a bubble tea emoji, realistic-looking (and timely) heart and lungs emoji, as well as the pinched hand emoji that people are already calling the “Italian Hand.” It also includes the transgender symbol — one of the many the consortium approved to make your emoji selection more gender-inclusive. It’s unclear when the transgender flag, the smiling face with a single tear and the new gender-inclusive veil and tuxedo options will be rolling out.

Dogecoin (DOGE) $ 0.081819
We use cookies to personalise content and ads, to provide social media features and to analyse our traffic. We also share information about your use of our site with our social media, advertising and analytics partners who may combine it with other information that you’ve provided to them or that they’ve collected from your use of their services.
Accept
Read more
Change Settings
Cookie Box Settings
Cookie Box Settings