Apple has unveiled its new generation MacBook Air lineup that features a number of long-awaited upgrades, including Intel’s newest processors with up to four cores as well as Iris Plus graphics, a keyboard with scissor mechanism, more memory, as well as more storage space.

Apple’s early-2020 MacBook Air laptops come in silver, space gray, as well as gold aluminum chassis that are slightly thicker and slightly heavier when compared to enclosures used for the 2018 and 2019 machines. We are still dealing with systems that are up to 1.61 cm thick and weigh no more than 1.3 kilograms, so they are still more portable than MBAs from, say, 2017. 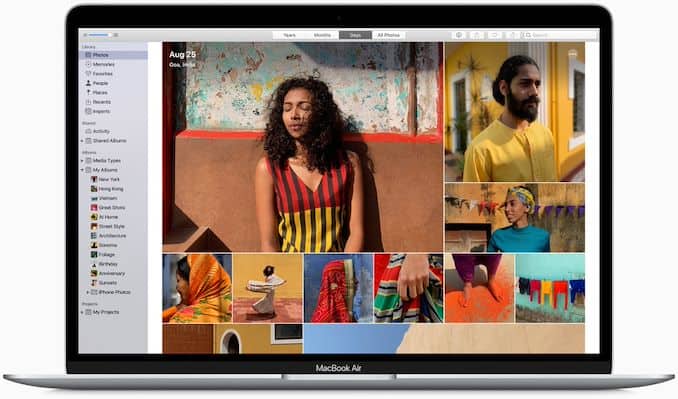 But the slightly different dimensions and weight also brings a big performance gain, as the new MacBook Air notebooks are based on Intel’s new 10th Generation Core processors, with up to four cores as well as Iris Plus Graphics, a significant upgrade when compared to low-voltage 8th Gen dual-core Core i5 CPUs with UHD Graphics 617 used for previous-gen MBAs.

Apple doesn’t specifically mention which variants of Intel’s 10th gen processors it uses, but given that they describe the graphics being Iris Plus, these parts must be based on the 10nm Ice Lake lineup, as the Comet Lake products don’t feature such a GPU.

The new processors are paired with 8 GB or 16 GB of LPDDR4X-3733 memory, providing substantial performance impovements and energy savings. Meanwhile, the new systems can be equipped with a 256 GB, 512 GB, 1 TB or 2 TB PCIe SSD. 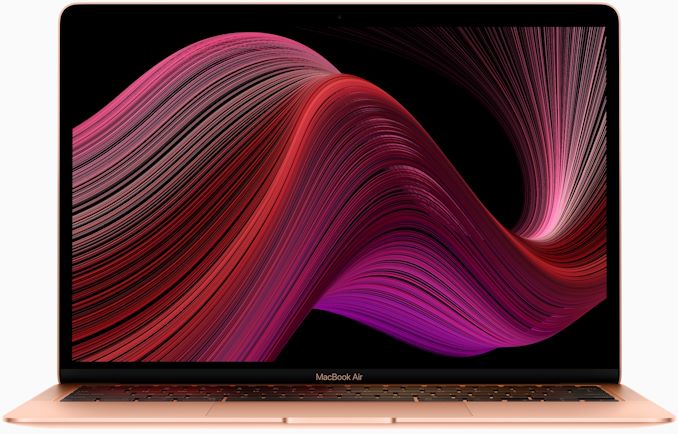 While Apple completely redesigned the guts of the new MacBook Air notebooks, it did not touch their display. The new laptops still feature a 13.3-inch IPS LCD of a 2560×1600 resolution and a 227 PPI pixel density that supports True Tone technology which automatically changes white balance depending on the surrounding environment and illumination.

Connectivity wise, the new 2020 MacBook Air are generally similar to their predecessors: they have two Thunderbolt 3 ports, a Wi-Fi 5 + Bluetooth 5 controller (a minor upgrade), Touch ID fingerprint reader powered by the Apple T2 chip, and a headset jack. 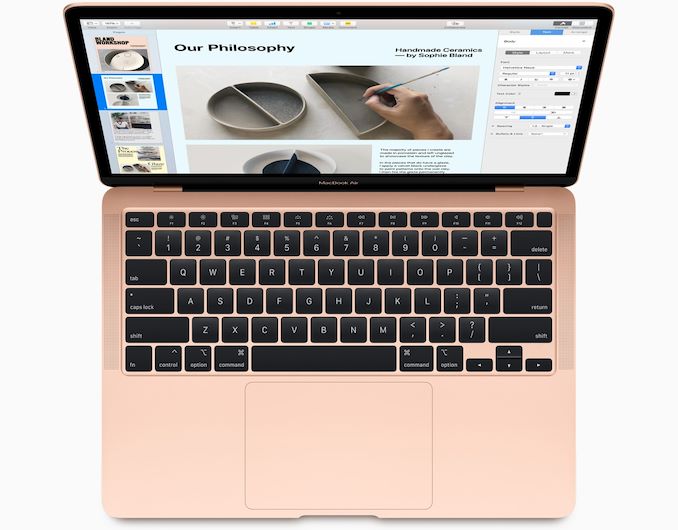 As many people have complained about Apple’s keyboards with butterfly switches, the company is now moving on back to good-old scissor switches that promise to be more reliable. To that end, the new MacBook Airs feature the company’s latest ‘scissor’ Magic Keyboard as well as the signature oversized trackpad with Force Touch.

The new MBAs are equipped with the same 49.9-Wh battery as previous-generation Airs, but now Apple rates them for a slightly lower 11 ~ 12 hours of battery life.

When Apple introduced its 2018 MacBook Air notebooks, it increased their entry-level price to $1,199 (up from $999), which was not exactly a customer-friendly move. Last year the company dropped the price of its cheapest MBA model to $1,099, and this year it is finally back where it was several yeas ago, with the new MacBook Airs starting at only $999. Meanwhile, a quad-core Intel Core i5-based MacBook Air with 8 GB of LPDDR4X and 512 GB of storage is priced at $1,299.