It’s easier than usual to talk to Apple store employees these days.

All of the US stores are shut, because of the coronavirus outbreak. 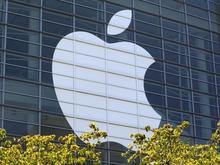 Apple in the Enterprise: A Strategic Guide

Once a pariah in the enterprise, Apple has quietly emerged as a darling of executives and professionals because of the ease of use of the iPhone and the iPad. We look at how the influx of Apple devices is changing the tech landscape in business.

Store employees are being paid in full. They’re sitting at home just like most other people. Except they don’t actually have to work.

Still, if you happen to know an Apple store employee, you can get guidance about your products without having to tolerate a noisy, sweaty overcrowded store.

You might have to tolerate an even more, well, relaxed attitude from them, however.

Regular readers will know that my last MacBook Air purchase wasn’t a success. I wasn’t alone in discovering that its keyboard was designed by a couple of tipsy dudes around a campfire on a deserted California beach.

Apple swiftly – I mean, very, very slowly of course – backtracked and finally just released a new MacBook Air with a so-called Magic keyboard. This might also be referred to as the old keyboard they had before the tipsy dudes did their worst.

I need a laptop so badly for my work and my space bar was now in outer space, floating around and refusing to consistently create spaces.

I’ve always used Apple laptops. I therefore swallowed hard and ordered the new MacBook Air. It was $1800 of appalling impulse buy. I hadn’t, after all, seen the product.

I usually like to ask a store employee for their view first, as Apple’s employees can be at the least entertaining and at the most very helpful.

As part of my self-appointed task as ZDNet’s ambassador to gadget stores, I’ve met quite a few Apple store employees along the way. Some still answer emails.

So I contacted one to ask about the new Air and admit I’d already bought one.

Fergal – for that isn’t his real name, in case Tim Cook wonders – began his response like this: “HAHAHAHAHAHA.”

This seemed curious, even if I feared what he might be about to say.

He continued: “So you bought an Air that was a piece of crap and you didn’t bother getting the keyboard replaced?”

“Don’t get me wrong, the new Air is a good machine,” he wrote. “even though I haven’t seen one. But you spent how much?”

“Well, I wanted more memory and storage and I hoped this Air would last me a long time.”

“It probably will. But you know we’re just going to come out with something new next year that’ll make this Air look really, really old, right?” (You have to love the “we” with some Apple store people.)

“Oh, make me feel good, why don’t you?” I thought. “I’m sure you’re right,” I answered. Even though I’m not. I’m not convinced Apple truly cares about laptops. It hasn’t for quite a while.

Then again, what if some new Air of next year has some truly different bits and pieces, as opposed to this latest two-year-old Air with a three-year-old keyboard.

“Dude, why didn’t you get a new iPad Pro instead?” continued Fergal. “At least that’s got something new about it. Like, actually new.”

“Because I’m still not convinced the iPad Pro is the best writing instrument.”

Typing on the new Air was a little odd at first. It was like returning to the UK and jumping into a stick-shift after you’ve driven an automatic for a while. My fingers were suddenly lifting appreciably higher in order to tap a key. After all, the old/new keys are far more elevated than the ones from the Butterfly period.

It took a couple of days to get used to the new/old keyboard. On the other hand, typing was sure, letters weren’t sticking, the space bar worked perfectly and, well, that was it really. I know I should say it’s faster, but they always slow a little over time. The battery life so far seems even better and it’s still quite light.

I sensed Fergal almost felt sorry for me. But did he have to gloat? Yes, he did.

In my (weak) defense, I used to love Nokia phones until there were no Nokia phones. But yes, laptops to me have always been (mostly) reliable Apples.

The day after this exchange, before my new Air had arrived, I spilled a whole glass of water over my last Air’s keyboard.

I did everything you shouldn’t do (a little rage may have emerged). I didn’t unplug it. I wiped it, then I blew a hairdryer at it. Then I tried the keyboard. The cursor was stuck to the screen. The keyboard didn’t work at all. I wasn’t very happy.

Two hours later, I went back to the machine. It suddenly worked. Well, everything but the space bar.

When my new Air arrived, I instantly transferred my data and put the last Air where it belonged. In a cupboard.

At the end of its first day, I thought I’d watch a TV show on my laptop and not disturb my wife. I put on my headphones. And paused. The bluetooth doesn’t work. At all. At all. (Yes, the headphones were fully charged, thank you. Yes, they’re Beats.)

I haven’t told the Apple store employee yet.

I fear, though, that Apple’s mocking me. I fear I may deserve it.