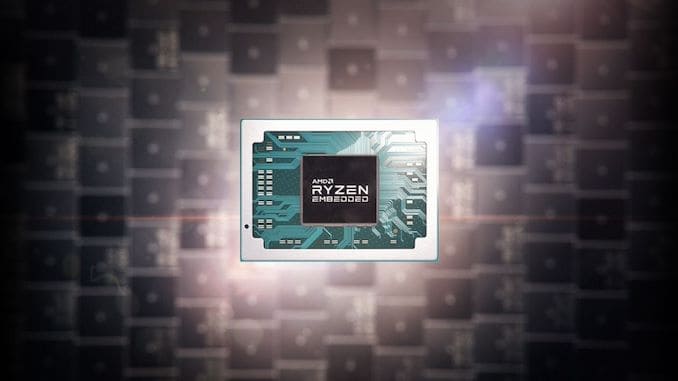 While it doesn’t get the same attention as their high-profile mobile, desktop, or server CPU offerings, AMD’s embedded division is an important fourth platform for the chipmaker. To that end, this week the company is revealing its lowest-power Ryzen processors ever, with a new series of embedded chips that are designed for use in ultra-compact commercial and industrial systems.

AMD says that a low TDP and reduced number of supported DIMMs (in case of the R1102G) enable system makers to simplify their designs and make them cheaper as compared to machines that run AMD’s higher performing and higher TDP Ryzen Embedded processors.

Both ultra-low-power AMD Ryzen Embedded APUs will be available for the next 10 years, meaning availability will stretch all the way till 2030.